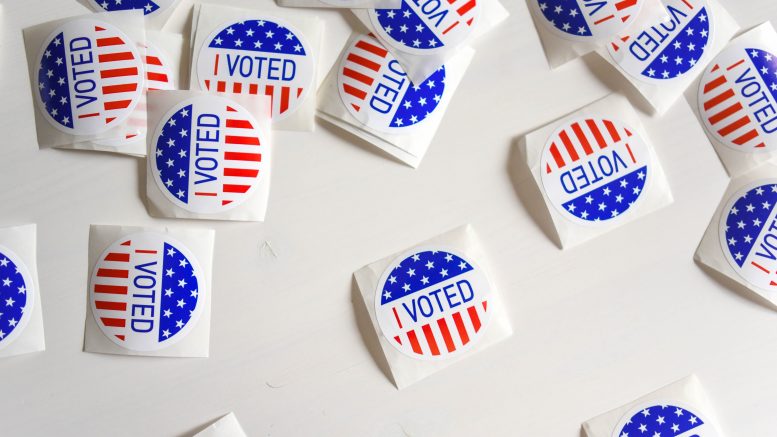 Editor’s note: A checklist for the unprecedented November election campaign

Labor Day is the traditional start of campaign season. But this election will be like no other in modern times—during a deadly pandemic and featuring a president who will do anything to win.

So here are some helpful tips to make sense of it all and get through the next two months:

1. Do make sure your vote counts, and that starts with checking that you’re properly signed up to vote at VoterStatus.sos.ca.gov. If you haven’t registered yet, the deadline is Oct. 19 at RegisterToVote.ca.gov. If you miss the deadline, you can still register and vote the same day, but only at county elections offices and polling sites.

Every registered voter in California will receive a ballot in the mail starting Oct. 5. If you want to track your mail ballot, you can sign up at WheresMyBallot.sos.ca.gov.

If you’re worried about President Trump’s meddling with the Postal Service, you can drop off your mail ballot at sites starting Oct. 5. And if you want to vote in person on or before Nov. 3, be sure to find a safe location, with plenty of space.

2. Don’t believe much of what you see on Facebook and other social media.

There are organized efforts to mislead and confuse, using millions of fake accounts all over the web. U.S. intelligence officials say that Russia is actively trying to cause chaos, just as it did in 2016, when it helped Trump.

So only look at posts from friends you trust. Better yet, do your own research from reputable news sources and nonpartisan groups such as the League of Women Voters and Vote Smart.

In normal times, the president exaggerates, deceives and flat-out lies every day. Since taking office three-and-a-half years ago, he has made more than 20,000 false or misleading claims and counting, according to a tally by the Washington Post.

In desperate campaign mode, Trump and the truth will be complete strangers. He will say anything to win reelection, and will retweet any conspiracy theory or concocted attack, as long as it helps him or hurts Joe Biden. And he’s already threatening to ignore the election result if he loses.

4. Don’t give Republicans a free pass.

If Republicans in Congress haven’t repudiated Trump by now, they are completely in his back pocket. Many apparently really would continue to support him even if he shoots someone in the middle of Fifth Avenue, as he has boasted.

They refused to remove him from office. Staying loyal to the president is their choice. But they should also bear the political consequences of that decision.

Yes, this is the most consequential presidential election of our lifetimes. Still, our daily lives can be affected more often by decisions made by local elected officials. And your votes count more because fewer votes will decide the winners.

In Sacramento, voters citywide will decide whether to change the city charter to give the mayor more power and to impose stricter rent controls. And there are runoffs in two districts for City Council seats.

6. Do safeguard your vote.

For all the flaws with our democracy—not diverse or representative enough, too much power in the hands of the rich, corporations and special interests—the system of one person, one vote is still the envy of many other countries.

Treat your ballot as precious—as if people bled and died to protect it. They did.

Cartoon: Not a doctor

3 Comments on "Do’s and don’ts for voters"