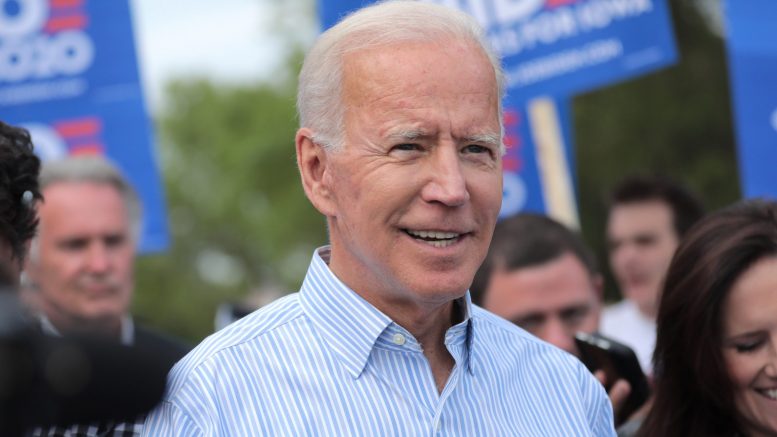 ‘I promise to serve only one term and to prepare my running mate, Kamala Harris, to become president. She will be the most powerful vice president in history.’

Joe Biden formally accepts the Democratic nomination for president on Thursday, Aug. 20. This is part of the speech he should deliver.

I humbly accept your nomination, full of pride, hope and more determination than ever to unite our nation and restore our democracy.

We have gone through a tough primary campaign, but it will make me a better president. I have adopted many of my competitors’ ideas and proposals to make America fairer and more prosperous. And there is far more that unites us—most importantly our common goal to defeat this president.

He has violated his oath to protect and defend the Constitution. Instead of helping the American people, he has enriched himself and his friends. And he has utterly failed in his two most important tests of leadership while in office.

With his inaction and incompetence, he has worsened the coronavirus pandemic, which has killed more than 170,000 Americans already and could kill many more if he doesn’t finally bring more compassion, common sense and science to the task.

With his “law and order” hysteria and use of federal law enforcement and the military against peaceful protestors, he has inflamed the crisis after the death of George Floyd, while ignoring the real issues of police violence and racial justice.

Especially now, we need a president who will unite America and call us to common purpose. Instead, we have one who will divide us for his own political gain.

Trump has utterly failed in his two most important tests of leadership while in office.

So I want to use most of this precious time to address all my fellow Americans: We need you to join us. It’s going to take all of us to overcome this president. After the U.S. Senate refused to remove him from office, the supporters of impeachment warned of the damage he would do. It is frightening to imagine how much further he might go if he wins four more years and no longer has to answer to voters.

I also want to speak directly to African Americans. I truly hope that this time, the protests lead to real and lasting change. I promise to do everything in my power to end systemic racism in law enforcement and society. After 400 years, we have yet to overcome our nation’s original sin of slavery. Today, we have the chance to make great progress, and we cannot let it slip by, again.

And I want to speak to America’s young people. I hear you and see you and I pledge to help you. You are the ones whose futures are most in danger. I know that far too many of you are weighed down by student debt or stuck in gig economy jobs, unable to see your way to the American Dream. My agenda to rebuild the middle class will lift you most of all.

Finally, I want to speak directly to those of you who have supported Donald Trump. Many of you—deep in your heart and your soul—know that he isn’t fit to be president.

But you’re still looking for reasons to vote against him. I will give you those reasons.

Our struggle to control the coronavirus outbreak demonstrates how important it is to have a president who tells the truth and can be trusted. Thousands of Americans have needlessly suffered and lost their lives because his administration did not act quickly and smartly enough.

Unlike this president, I will surround myself with wise people—Republicans as well as Democrats—and will listen to their advice. I will reestablish the rule of law, not use the Justice Department to go after my enemies and help my allies. I will respect the right of Congress to oversee the presidency, not fire inspectors general or retaliate against whistleblowers. I will bring back decency and empathy to the Oval Office. I ask you to think about your kids and grandkids: Do you want them to act like this president?

Now I want to go further. I understand that I represent a bridge to the next generation of leaders in our party and our nation. I promise to serve only one term and to prepare my running mate, Sen. Kamala Harris of California, to become president. She will be the most powerful vice president in history. She will be in the room for every significant decision. She is smart, tough and already extraordinarily accomplished. And by the 2024 election, Sen. Harris will be ready to take over on day one.

But first, we must defeat this president on Nov. 3. It will not be easy. He and his operatives will lie, violate any law and viciously attack anyone. He will run a campaign based on racial division and hatred. He will do anything to win, maybe accept help from foreign adversaries, again. Behind in the polls, he will try to undermine voting by mail and claim that the only way he can lose is if the election is “rigged.”

We must stay focused and determined in the weeks ahead. We do not want a repeat of the shock on election night in 2016. And we must beat him by a big enough margin, both in the Electoral College and popular vote, so he cannot dispute the judgment of the American people.

To make that happen, we need to heed the words of the late civil rights legend John Lewis, who was honored last week by former presidents and people across our nation. “We must keep our eyes on the prize. We must go out and vote like we never, ever voted before. We must use the vote as a nonviolent instrument, a tool to redeem the soul of America,” he said in Selma on March 1 for the 55th anniversary of “Bloody Sunday.”

We must beat him by a big enough margin, both in the Electoral College and popular vote, so he cannot dispute the judgment of the American people.

This election will decide whether these past four years will be a detour on our road forward—or the beginning of a decline into darkness that will change America’s character forever.

I still have ultimate faith in the American people—that we will see the truth about this president, that we will turn away from his hate and that we will raise our sights to pursue the more perfect union we all want.

God bless America and all its people.

Cartoon: Hanging on a vote count

Out with the old, in with the new