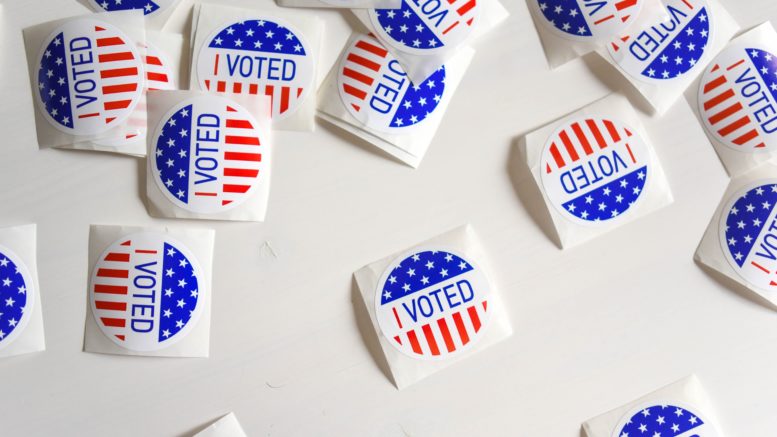 In many ways, the presidential election is a referendum for America, pitting Joe Biden against not just President Trump, but the entire notion of Trumpism.

On a smaller scale, a similar referendum is playing out in California’s 7th Congressional District, which covers eastern and southern Sacramento County, including several city neighborhoods and Citrus Heights, Elk Grove, Folsom and Rancho Cordova.

In one corner, four-term Democratic incumbent Rep. Ami Bera has voted with his party 98.2% of the time, according to ProPublica, but has middle-of-the road bona fides, including being a member of the bipartisan Problem Solvers Caucus in the House.

“I try to be pragmatic,” Bera told SN&R Tuesday, saying he’s attempted to work within the confines of a divided government with a Republican Senate. “You want to write laws that have the ability to move forward.”

In the other corner is Bera’s Republican challenger in the Nov. 3 general election, Buzz Patterson, a former U.S. Air Force lieutenant colonel and retired commercial pilot.

If Trump is able to win four more years, it could be reflected in swing districts such as this one, where Bera has narrowly held onto his seat in multiple past elections and where he faces a challenger who enthusiastically supports the president and uses some of the same talking points.

Patterson said he voted for Trump in 2016 and plans to do so again.

Bera and Patterson easily advanced from the March top-two primary, with Bera receiving 50.3% of the vote and Patterson 33.6%. If the 7.2% of primary voters who supported fellow Democrat Jeff Burdick shift their support to Bera, he’ll win easily Nov. 3.

As of Sept. 4, 41% of voters in the district were registered as Democrats, 31% as Republicans and 22% as unaffiliated.

But Patterson has high-profile support from the likes of Fox News host Sean Hannity, who endorsed Patterson in the summer of 2019, according to the San Francisco Chronicle.

On his Twitter feed and his interview with SN&R, Patterson offered appeals to Trump loyalists.

After Trump renewed his attacks on Anthony Fauci, the nation’s top infectious disease expert, Patterson tweeted Oct. 19, “President Trump is 100% right about Fauci. He shouldn’t be anywhere near this pandemic response.”

Over the summer, Axios named Patterson one of 11 congressional candidates who supported the conspiracy fringe group, QAnon. Patterson told SN&R that this happened after he inadvertently replied “Yep” to a question on Twitter if he supported the group, saying he’s since deleted it.

Patterson insisted he knew nothing about QAnon, similar to what Trump said during his Oct. 15 televised town hall. But also similar to Trump, Patterson hesitated when asked point-blank if he would repudiate QAnon.

“Without knowing what they stand for, I’m not really sure I could do that intellectually,” Patterson said. “I will tell you what I do know as we speak right now is yes, I do. But whether that’s going to be a blanket repudiation when I don’t even know what they are, I mean, it’s kind of hard. It’s like, do I oppose unicorns in the desert? No, because I don’t know of any unicorns in the desert.”

Patterson is also facing potential enforcement action from the Federal Election Commission over not filing proper campaign finance disclosures for more than a year.

Patterson said that his campaign treasurer had a corrupted file that wouldn’t let him transmit to the FEC, that the treasurer provided an updated CD to the FEC last week and that updated data would be visible in a day or two.

“Everything has been updated,” Patterson said. “Nothing has been done for any intentional reason. We expect fines. My treasurer is going to cover those.”

Patterson was also among 20 congressional candidates cited by the FEC on Feb. 28 for failing to file the 12-day pre-primary Report.

Bera has a huge advantage in campaign money, with more than $2 million cash on hand. Patterson reported just $3,532 in cash and about $40,000 in total contributions.

On Oct. 9, Burdick, who is now a political blogger, noted that Patterson had used conservative Twitter activist Scott Presler for a training event, despite Presler’s ties to ACT for America, identified by the Southern Poverty Law Center as a hate group.

“I’ve known Scott for probably three years,” he said. “There’s not a nicer human being on the face of the planet than Scott Presler. And I wouldn’t take to heart anything that the Southern Poverty Law Center has to say because I consider them to be a hate group, quite frankly.”

Asked if he thought America was ready to repudiate Trump, Bera said that if it is a free and fair election, he believes that Trump will lose, potentially in a landslide.

But Bera isn’t banking on an easy victory either, saying, “I think we’re all running as if we’re 10 points behind.”