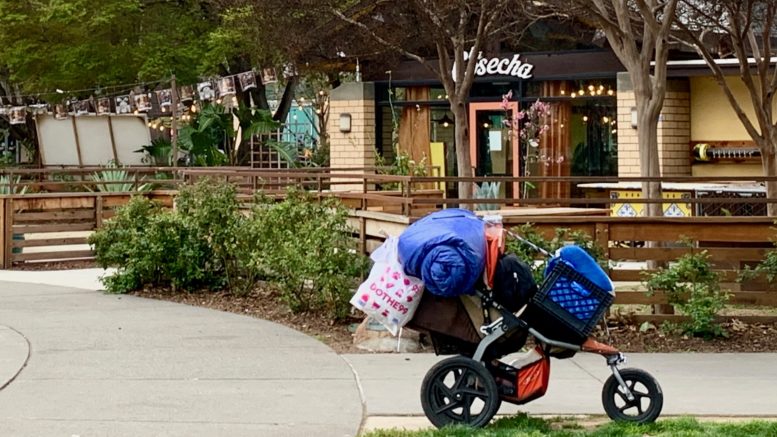 On Tuesday afternoon, city councilmembers grappled with the potential consequences of holding the line on their policy for opening warming shelters, after at least eight people living outdoors in Sacramento County died during recent storms.

The individuals, six of whom were reportedly discovered within the city limits, passed away during weather events that happened between January and February. Two were found in highly visible settings, with one having died in Marshall Park and the other in Caesar Chavez Plaza, directly across from City Hall. That incident was reminiscent of the winter of 2016-17, an unforgiving season that saw two men pass away on the grounds of City Hall itself.

Homeless advocates have been imploring city leaders to re-calibrate their warming center policy since then. Four years later, the issue came to a head.

On Jan. 27, just one day after four individuals died in a rainy windstorm, the city council voted to stop taking direction from Sacramento County officials on weather criteria for opening shelters. That vote ultimately resulted in three new emergency warming centers being launched for the storms that followed. Following yet another death in late February, Mayor Darrell Steinberg spent Tuesday arguing for a resolution that would drop the City’s temperature-related criteria for emergency shelters altogether. It was a move that newly elected councilwoman Katie Valenzuela had been calling for since stepping into office.

“Our service providers know how to do this – they’re ready to do this,” Valenzuela said as the debate started. “And there’s plenty of people who are ready to step up.”

In light of the recent deaths, Daniel Bowers, who leads the city’s emergency services team, explained the protocols that the city has been operating under since 2012. Bowers told councilmembers that this criteria for opening shelters – three nights in a row of temperatures below 32 degrees – is part of the county’s Standardized Emergency Management System, a system that Sacramento County’s Office of Emergency Services traditionally pulls the trigger on activating.

“It’s a method that allows us to plan together and act together,” Bowers said. “So, when we speak about extreme weather and the definitions that go with it, that really comes from the National Weather Service … We’ve had a community approach to that.”

But the council’s Jan. 27 vote allowed for a different tact. According to city staff, after it, warming shelters were opened in the Downtown Library, a local church and one of the city’s parking garages. More than 80 people were served each night between these makeshift facilities thanks in part to private donations, support from the county’s behavioral health department and “a tremendous corps of community volunteers.”

After an update on how these and other shelters were operating, Steinberg laid out his plan to axe all specific temperature criteria for opening shelters during storms.

“I want more than just a discussion that will lead to the city manager and his team going back and trying to parse the tape for what was said,” Steinberg stressed. “A resolution like this is unambiguous … Right now, we don’t see that emergency services include this dire emergency. This resolution aims to change that, not for short periods of time, but for the foreseeable future, until we can make this problem better.”

He added, “Our community demands it – and rightfully demands it … What are we saying? That’s it’s OK to live outside in squalor when its 40 degrees but not 32?”

But councilmember Jeff Harris expressed concern about the resolution, primarily because it could cause more large group settings during the COVID-19 crisis.

So did councilwoman Angelique Ashby, who was eager to get behind it from the start.

“I’m ready to untether ourselves from someone else when it comes to doing what we think we need to do,” Ashby said. “Those keys have always been in someone else’s pocket, and I’m glad we’re taking them back.”

After two hours of discussion, the council passed the resolution on a 9-0 vote.

“It haunts me to know how many people have died in my district,” Valenzuela said. “This is just a matter of political will.”

Be the first to comment on "In light of recent deaths, Sacramento City Hall faces reckoning on warming centers"