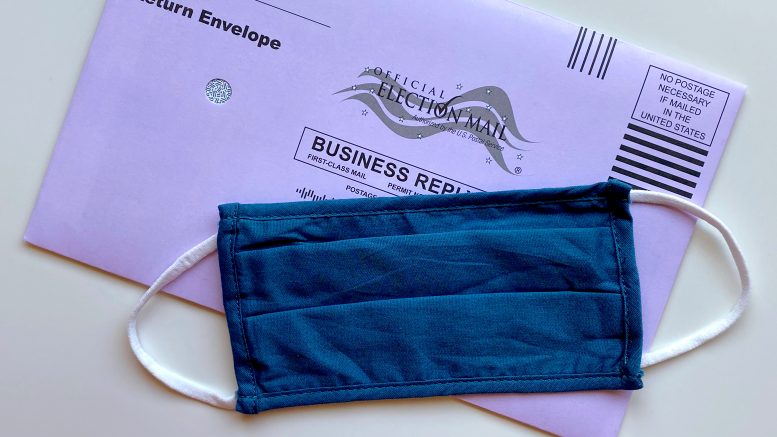 Photo by Tiffany Terpites on Unsplash

Essay: During a pandemic and presidential campaign is no time to be messing with the Postal Service

On Tuesday, I was at the Land Park Post Office with community leaders to rally behind the U.S. Postal Service in the face of destructive attacks from the Trump administration. With my neighbors standing beside me, I was reminded about what that post office has meant to Sacramento and my family.

I started bringing my son there when he was about four years old; he always loved sliding the envelopes into the mailbox. As he got older, those letters turned into birthday party invitations and eventually college applications. The Land Park Post Office, and others just like it, are an irreplaceable part of our community’s shared history.

That’s why the Trump administration’s attempted sabotage of the USPS has shocked so many Americans. They recognize that it’s about more than just getting letters from A to B—it’s about the fabric of our democracy.

Hundreds of millions of Americans across this country rely on the USPS for paychecks and life-saving prescriptions, as well as mail-in ballots. Seniors depend on the mail for more than 850,000 Social Security checks. Veterans count on it for their VA benefits and 1.2 billion of their prescriptions. To say the USPS is a literal lifeline is no exaggeration.

Despite the vital role of this historic institution, the Trump administration has undertaken a reckless campaign to undermine it. Recently, President Trump appointed Postmaster General Louis DeJoy, a major financial supporter of the Republican Party with significant business interests in competitors to the USPS. Earlier this summer, DeJoy announced an overhaul of policies, under the guise of cost efficiency, that have fundamentally degraded our postal service by cutting back hours, deactivating sorting machines and restructuring the agency.

The effects of these cruel cutbacks were felt almost immediately. I have heard Sacramentans say that for the first time in their lives, mail was not delivered to their homes. One constituent had to pay out of pocket for medication that was not delivered on time. Bills have gone past due.

In the middle of a public health crisis and less than 80 days from the most consequential presidential election in a generation, the stakes couldn’t be higher.

Our democracy simply cannot function unless all Americans have an opportunity to safely and reliably vote by mail.

The USPS expects 10 times the normal amount of election mail this November and warned recently that it cannot guarantee all ballots cast by mail will arrive in time to be counted. The Trump administration’s actions have directly undermined the electoral process and disenfranchised voters in communities of color at disproportional rates. This is unacceptable.

Our democracy simply cannot function unless all Americans have an opportunity to safely and reliably vote by mail. That’s why House Democrats are taking action.

This week, under extraordinary circumstances, I and many of my colleagues will be returning to Washington, D.C., to vote on the Delivering for America Act, a bill that provides emergency funding to the USPS and protects our mail from the assault of the postmaster general.

When I vote Saturday for the bill, I’ll be voting to provide $25 billion in emergency funding for the USPS in addition to prohibiting the stoppage of mail sorting machines, removal of public mail collection boxes, hiring freezes and enactment of any rule that would delay the delivery of mail to or from a government entity.

On Aug. 18, after massive public backlash, DeJoy announced that he would be suspending these radical changes that have been delaying mail deliveries. Unfortunately, his feeble attempt to save face is a far cry from what is needed to keep operations running smoothly. The Delivering for America Act halts the damage being done and provides critical support to put the USPS back on track.

This is not a debate about ideology or party preference. This is a debate about the physical health of Americans, the strength of our economy and the viability of our democracy. My responsibility in Congress is to faithfully represent the people of Sacramento and provide a check on the executive branch.

I have heard the voices of Sacramento loud and clear, and I absolutely believe that, in this moment, our democracy stands on the shoulders of the USPS. I look forward to the passage of these protections, and will fight hard to ensure all Americans, like my family, can depend on the USPS.