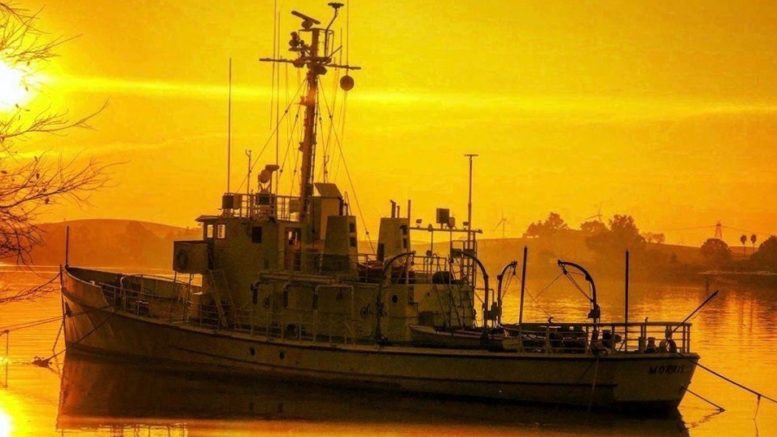 The proposed Delta tunnel, which threatens the environment and communities of five counties, has backing from the same forces helping Gavin Newsom in the recall. Photo by Gregory Mitchell

The little-known Joint Powers Authority charged with getting the embattled Delta tunnel across its finish line recently changed executive directors, marking an exit for Kathryn Mallon, who had stirred controversy for her exorbitant pay and alleged pressuring of a citizens advisory committee to work through the most dangerous part of the pandemic.

Meanwhile, as California Governor Gavin Newsom begins campaigning against the effort to remove him from office, he’s soliciting huge donations from the same south-state barons of agriculture who have promoted the environmentally fraught tunnel concept for years.

Completion at all costs?

When SN&R broke the story last June that Mallon, who ran the Delta Conveyance Authority, was getting paid $47,000 every month from public funds —twice as much as Gov. Gavin Newsom – in an effort to get the highly divisive Delta tunnel approved, the irate reactions were swift in coming. Mallon’s compensation was revealed by a California Public Records Act request and SN&R published the revelation just as tens of the thousands of state workers were being furloughed due to budget challenges from COVID-19.

Mallon’s hefty paychecks were being footed directly by the state Department of Water Resources, members of which told SN&R that the funds would eventually be reimbursed by various water districts who support the tunnel. A number of those districts, however, then stated publicly that they wouldn’t pay the money back.

That wasn’t Mallon first negative headline. A month before, members of the DCA’s Stakeholder Engagement Committee told the Delta Protection Commission that Mallon and her team pressured them into continuing doing their part of the tunnel planning even as COVID-19 wreaked havoc in their jobs and personal lives. The DCA maintains this committee is meant to give Delta communities a voice in the tunnel’s design process, since the project faces widespread, withering criticism that it could destroy the estuary’s ecosystem and force the abandonment of several historic towns along the Sacramento River.

During the Delta Protection Commission’s April 9 meeting, Mallon told commissioners that the citizen committee was ready to press on with its work despite the pandemic. Minutes later, numerous committee members phoned-in to contradict her. The dust-up spurred Delta commissioner and then-Sacramento County supervisor Don Nottoli to challenge Mallon on whether she was being transparent.

Now, Mallon is out. The reason given by the DCA is that she was seeking work in the private sector again.

This month, the DCA’s board of directors hired veteran engineering geologist and hydrogeologist Graham Bradner as its interim director.

Board President Richard Atwater told SN&R that it’s possible Bradner could be a long-term fit.

“He’s here on an interim basis and we’ll be evaluating his performance, with the hope that he works out to be permanent,” Atwater said. “I do hope he performs great.”

“Mallon came here with impressive engineering credentials but literally no experience with the Delta or its people,” Wells stressed. “This led to a failing public engagement process through the Stakeholder Engagement Committee. Graham Bradner, her replacement, seems to have more experience with the Delta. It will be interesting to see if he can get the Stakeholder Engagement Committee on the right track.”

Two weeks ago, Newsom began sending out a form-letter to wealthy potential donors asking for support in stopping his recall. The letter was officially co-sponsored by Lynda and Stewart Resnick.

The Resnicks are billionaire almond and pistachio tycoons with vast land holdings across central and southern California. Their orchards are generally supplied by the state water project, a conveyance system that will extract even larger volumes of fresh water from the North Delta if the tunnel is built. Despite a litany of environmental concerns about the project, the Resnicks have been actively promoting it since at least 2014, according to an investigation by Mother Jones.

Independent journalist Dan Bacher has been closely tracking campaign contributions from the Resnicks to Newsom. He was the first reporter to reveal that, prior to the recall, they’d given the governor $116,800; and after the recall gained steam, they chipped in another $250,000. That’s in addition to sponsoring his anti-recall donation drive and listing themselves as a major funder for a new PAC called ‘Stop the Republican Recall of Governor Newsom.’

Bacher, who’s spent years documenting political donations from Big Ag that have coincided with larger and larger water exports from the Delta – and increasingly startling data points around the survival of the Chinook salmon and Delta Smelt – is not surprised that Newsom continues to support the tunnel despite every major environmental and conservation group in California opposing it. By Bacher’s count, Newsom has already received a total of $755,198 in donations from agribusiness in the 2018 election cycle.

“We haven’t heard a peep from Newsom about the biggest environmental catastrophe that’s happening right now in California, and that’s the imminent extinction of the Delta Smelt in the wild,” Bacher said. “Anyone who thinks this state is progressive, or green, they’re absolutely wrong.”

The Resnicks have countered their environmental critics, most recently, by pledging $750 million to California Institute of Technology’s efforts to mitigate climate change.

The Delta tunnel, which is projected to cost $22 billion, is not only opposed by environmental groups, but also by numerous California indigenous tribes and professional and recreational fishing alliances. Some of its fiercest opponents are Delta communities. Based on the Environmental Impact Report from the previous iteration of the tunnel, those residents have reason to believe that its 20 years of construction will destroy their farms and make their towns unlivable.

As the COVID-19 crisis was first beginning, the state’s own panel of independent engineers released a report condemning the tunnel as unfeasible.

The DCA, now under the guidance of Bradner, and with the continued support of Newsom, is nevertheless pressing ahead.

Deirdre Des Jardins is a hydrologist and NASA-trained expert on computer modeling who’s testified at state hearings on how the tunnel could harm the Delta’s ecosystem. She’s worried that the fevered pitch of the news cycle lately is distracting Californians from the reality that state officials are determined to break ground on the tunnel.

“There are risks to this,” Des Jardins explained. “And there’s a real misconception with a lot of people that nothing is happening with the tunnel because they don’t have an EIR (Environmental Impact Report). But the real decisions are made within the engineering. And when they tried to do the twin tunnels version, there were a lot of internal engineering documents that were circulated – and the public didn’t see them – and then they constructed the EIR around that design.”

Will major scandal at Metropolitan Water District save Delta communities from the tunnel?