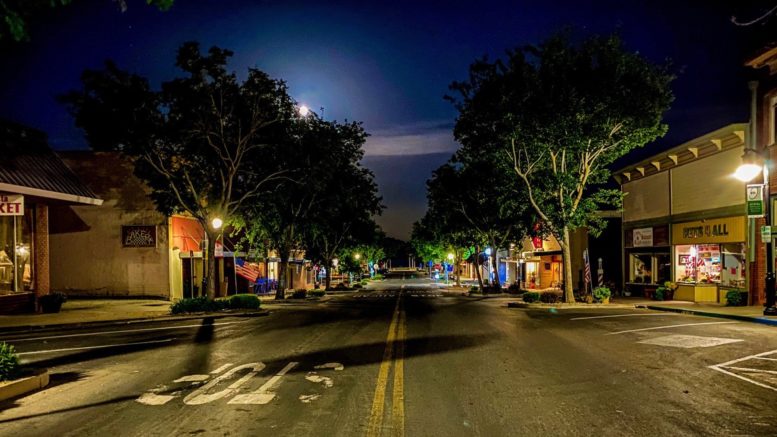 A full moon rises over Rio Vista in the Delta. Photo by Gregory Mitchell

Metropolitan Water District, the driving financial and political force behind the proposed Delta tunnel, has suddenly found itself on the verge of losing one of its most important customers – the City of Los Angeles. The possibility of a break between California’s largest city and its largest water contractor comes after a host of women and members of the LGBTQ community said they were victims of sexual harassment, intimidation and retaliation while working for the latter.

The revelation has drawn MWD into a new arena of fire, one that’s separate from its ongoing standoff with conservationists, indigenous tribes, regional farmers, tax watchdogs and Northern California’s fishing industry about the future of the Delta.

Before last week, MWD could focus its considerable lobbying power on trying to convince the governor’s office and water boards to ignore widespread concerns that its proposed tunnel will collapse the ecology of the largest fresh water estuary in the western hemisphere, while also decimating the livability of nine historic farming towns along the Sacramento River.

Now, MWD’s leadership is facing calls for audits and investigations into its work culture from state assembly members, the president of the Los Angeles City Council and a major public employee union. The results of such probes could affect exactly how intact the utility is when it heads into its final gambit to build the tunnel.

“There’s a real sense of imperialism with Met when it comes to how they treat the Delta communities, and now it seems like that’s something that might carry through to other aspects of its organization,” said Osha Meserve, an attorney who represents the Delta’s reclamation districts. “This could be really destabilizing for the tunnel project. There’s significant potential for LA to be a leader in coming up with some minimum standards for what kind of agency they want to get water from. If Met doesn’t share their values, whether it’s the treatment of women or destroying the environment, then they should step away.”

The new allegations against MWD were brought to light in mid-February by the Los Angeles Times, and included claims that the district’s management had lashed out at employees blowing the whistle on sexual harassment, with some receiving pay cuts and others being transferred to positions miles from their homes. After the story broke, Los Angeles City Council President Nury Martinez warned that the city might end its relationship with MWD if the allegations proved true. That same day, Assembly Democratic Chair Mike Gipson, who represents Compton, along with Assistant Speaker pro Tempore Laura Friedman and Public Safety Chair Reggie Jones-Sawyer, demanded a state audit into MWD. The union representing water district employees in Southern California, AFSCME Local 1902, is also demanding an investigation.

“We have a zero-tolerance policy when it comes to sexual harassment,” the trio of assembly members wrote in a joint statement. “Not only we denounce harassment and abuse in any form, but especially in the peoples’ government.”

On December 9, the MWD board of directors ignored hundreds of Californians who spoke out at its meeting against the district’s plan to spend another $58 million to support the study and design of the Delta tunnel. MWD has already spent millions to fund the joint powers authority that’s attempting to get the tunnel approved. During roughly five hours of comments, only two members of the public spoke in favor of the tunnel. With very little debate, the board voted to press on.

One of the many voices MWD’s leadership ignored that day was Barbara Barrigan-Parrilla, an executive committee member of Restore the Delta. Barrigan-Parrilla has been appearing before MWD’s board for years on behalf of conservationists. After the LA Times story broke, she wrote a lengthy essay about her own observations.

“For years, we have documented how institutional malfeasance at the MWD has been part of the various iterations of the Delta tunnel/s project; from Brown Act violations to misleading retail water districts about their required participation in bond repayments for the tunnels; from obfuscation on how parcel taxes would be used to finance the project to outright false promises about benefits for fisheries from tunnel operations, Barrigan-Parrilla wrote. “A few years ago, when Restore the Delta was attending regular MWD meetings in person, we were struck by the disinterest from MWD management (mostly male) and a number of their male board members when presented with comments by women, particularly women of color, in regard to rates, water quality, and the tunnel in public planning.”

She added, “Half our staff, watching the meetings from downtown Stockton, would capture screenshots of distaste running across the faces of MWD management when responding to women, making comments expressing concern about community needs.”

The concerns that Barrigan-Parrilla referenced range from the tunnel potentially turning the Delta’s freshwater farming basket into a low-flow saltwater marsh, to destroying wildlife habitat and causing the extinction of endangered fish species. For people who actually live from Freeport to Isleton, the tunnel’s projected construction impacts over 20 years – according to the last Environmental Impact Study that was done – would largely force the abandonment of their farms and towns.

Even before the president of the LA City Council began discussing a break with MWD, Mayor Eric Garcetti was already expressing reservations about committing Los Angeles to the tunnel’s $22 billion cost and infamous environmental legacy.

“Los Angeles is on track to recycle 100% of its wastewater by 2035” Garcetti wrote in a letter to MWD in October. “The region’s water future must be based on science and accurate economic modeling. As MWD decides on investments in the Delta and at home, it is more important than ever that agencies and their ratepayers do not pay more than their fair share … This also means MWD must accurately and urgently account for climate change impacts in its planning and financial commitments.”

Nicky Suard, who owns the Delta marina Snug Harbor, thinks MWD’s new scandal is happening at a time when more Los Angeles leaders and residents are questioning whether they want to be on the financial hook for a water project that could take two decades to build and be technologically obsolete before it’s even done. Suard says, given the increasing advances in desalinization tech and atmospheric water generators, LA officials should want out of their tunnel commitment.

“It’s great that LA’s leaders are revisiting this,” Suard noted. “It’s not in the best interest of their constituents to raise their rates even more – and it’s their residents who will ultimately be footing part of the bill.”

Dan Whaley, a business owner in Hood – the town most directly threatened by the tunnel – thinks that if LA goes through with finding localized water solutions and exits from MWD, it would allow the State to focus on helping Central Valley farmers without destroying his community.

“If water doesn’t need to go over the Tehachapi Mountains, then there’s enough water,” Whaley stressed. “There really would be no need for the tunnel.”

All the Governor’s Men: Life and love in the Delta town Newsom’s tunnel would destroy

2 Comments on "Will major scandal at Metropolitan Water District save Delta communities from the tunnel?"