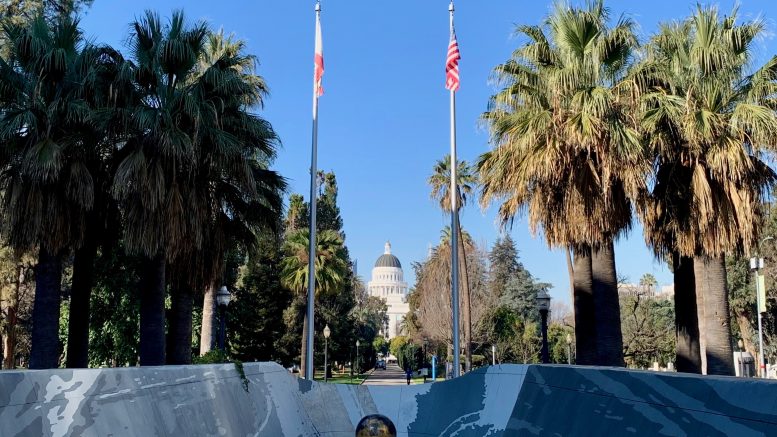 This week Governor Gavin Newsom unveiled his 2022-23 state budget proposal in Sacramento, including a $45.7 billion budget surplus, receiving both criticism and praise from environmental and climate justice advocates.

The budget proposal followed one of the most catastrophic years for fish and the ecosystem in California history, one that saw the Delta smelt become virtually extinct in the wild, while only 2.6% of winter-run Chinook juveniles on the Sacramento River below Keswick Dam survived warm water conditions, and most spring-run Chinook salmon on Butte Creek perished before spawning.

The proposal also came after a year in which Consumer Watchdog and Fractracker Alliance revealed at www.NewsomWellWatch.org that Newsom’s oil and gas regulatory agency, CalGEM, had approved a total of 9,728 oil drilling permits from January 1, 2019 until October 1, 2021. In addition, the groups found that the Newsom Administration approved 150 offshore drilling permits in state waters since January 1, 2019.

He went on to claim, “with major new investments to tackle the greatest threats to our state’s future, the California Blueprint lights the path forward to continue the historic progress we’ve made on our short-term and long-term challenges, including responding to the evolving pandemic, fighting the climate crisis, taking on persistent inequality and homelessness, keeping our streets safe and more. As California’s robust recovery continues, we’re doubling down on our work to ensure all our communities can thrive.”

Under the category “Combating the Climate Crisis,” Newsom proposed the following, including “fighting wildfires,” “tackling the drought” and “forging an oil free future.”

During his press conference, Newsom asserted that combating the climate crisis was second only to fighting COVID-19 on his list of priorities.

She added, “Too many Californians lack access to fresh water and suffer from climate change induced disasters like wildfires. Newsom has allocated $2.7 billion for wildfire mitigation and $6 billion for drought support, but he neglects the root cause of these disasters: climate change hastened by fossil fuel emissions.”

“The governor’s proposed budget allocates $22.5 billion over five years across all agencies,” the Club wrote in a statement. “Specifically, the budget seeks to increase funding for zero emission vehicles, decarbonize California homes and buildings, invest in water conservation and efficiency technologies, support small farmers in transitioning to climate-friendly production, and establish a framework to support transitioning workers from polluting industries to clean energy jobs.”

The Club also praised Newsom’s budget proposal for committing $6.1 billion in clean transportation to put clean cars, trucks, and buses on the road and support an “equitable transition to electrification for underserved communities.”

In addition, the group said Newsom “reiterated commitments to phasing out fossil fuels. His proposal invests billions to transition the state off of dirty fossil fuels towards affordable, clean energy. There are also provisions in the budget to train oil and gas industry workers in oil well remediation and clean energy jobs.”

But it did have a caveat.

“The proposal also includes funds to cap and remediate abandoned oil and gas wells – however – the costs of cleaning up dirty oil wells should be footed by the fossil fuel industry, not state taxpayers,” the Club argued.

“The Governor’s budget proposal highlights just how involved the state must be to combat the climate crisis and protect California for future generations. If adopted, many of the investments announced today will aid in mitigating the worst of climate change’s impacts.

However, Californians know that we need more than just money to fight the climate crisis. We need strong regulatory actions to address the source of the crisis: the practices of the fossil fuel and other extractive and exploitative industries that continue to harm our lands, rivers, ecosystems, and communities – largely BIPOC and underserved communities. The state must hold these industries accountable and ensure they foot the cost of remediation, not the taxpayers.“

The release of Newsom’s budget proposal also followed a year during which his administration continued to advance the highly embattled Delta Tunnel, which would have massive intakes between Hood and Courtland, and the controversial Sites Reservoir on the west side of the Sacramento Valley. Newsom’s team is pushing ahead with these plans despite strong opposition by California Indian Tribes, environmental justice groups, commercial and recreational fishing organizations and conservation groups. Opponents of the tunnel and Sites say the projects would only do further harm to already collapsing fish populations on Central Valley rivers and the Sacramento-San Joaquin River Delta: sacramento.newsreview.com/…

Tim Stroshane, policy analyst for Restore the Delta, said the proposed budget “continues to play hide-the-ball about how much state funds are to be spent on the single Delta Tunnel project.”

He added that’s because “the Delta Conveyance Program is not singled out in any one fund, as usual.”

Stroshane points out there is one reference in the January Budget Summary (p. 233) to “water conveyance” as part of $5.2 billion water and drought resilience initiative, but it’s just one of seven areas of funding for the initiative alongside groundwater recharge, Salton Sea, water supply reliability, water recycling, ecosystem restoration and flood management.

“Most of the proposed water budget seems to center on small and rural community water systems for drought resilience and response investments/preparation,” Stroshane noted. “These are smart investments. Now, if he would apply that to saving the Bay-Delta estuary, we could finally face one of the State’s ‘greatest challenges.’ Governor Newsom understands what needs to happen.”

Be the first to comment on "No celebration in Sacramento: environmental groups divided on Newsom’s big, headline-grabbing budget"