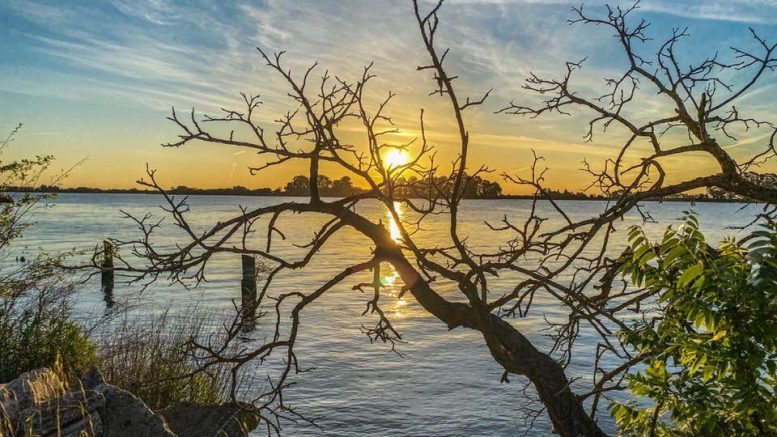 As Delta communities fight for their future, the level of state spending they are up against has become clear. (Photo courtesy of Gregory Mitchell)

Some water contractors, expected to reimburse the state for tunnel project, now object in light of the recession

While the COVID-19 pandemic has blown a $54 billion hole in California’s budget—threatening education and safety programs and forcing 234,000 state employees to take unpaid furloughs—the state’s spending on a proposed massive tunnel project in the Delta hasn’t slowed.

Documents obtained by SN&R reveal that the director of the joint powers authority leading that effort, under the supervision and current financing of the state Department of Water Resources, is getting paid $47,000 every month—twice as much as Gov. Gavin Newsom and significantly more than President Trump.

DWR says that the money to pay Kathryn Mallon, executive director of the Delta Conveyance Design and Construction Authority, will eventually be reimbursed by water contractors in Central and Southern California.

But will it? As of this month, at least four of those contractors made it clear that they don’t want to foot the bill for Mallon’s agency during the pandemic.

Mallon was hired to run the authority in February 2019. Its task is to transform the controversial and now-defunct twin tunnels project into a viable single tunnel that can transfer the Delta’s bounty of fresh water to agribusinesses and municipalities in the south.

Critics, however, say that the tunnel will harm the Delta’s ecosystem, destroy its farming communities and lead to widespread eminent domain seizures.

Documents show that Mallon and the authority’s staff are trying to finish most of the tunnel’s design by August so its required environmental review can get underway.

In April, Mallon came under fire for reportedly pressuring a citizens advisory committee to work through COVID-19 crisis over objections from many of its members, and then making misleading statements about that fact to the Delta Protection Commission. A spokeswoman for Mallon described the incident as a misunderstanding.

As Mallon has continued to drive the embattled project forward, the documents obtained from a Public Records Act request reveal that she’s being well compensated to do so, particularly for someone who’s paid in part by state funds. Mallon’s contracted salary was first obtained by Leland Frayseth, a retired engineer who worked in construction management for a Fortune 500 company. Frayseth lives near the south Delta and has been an avid boater on the estuary for 40 years.

Frayseth told SN&R that, as someone who follows California water issues, he noticed in January that the authority is planning to build a new headquarters in Sacramento. He saw a red flag since the authority’s bylaws dictate that if the tunnel is ever designed and built, then the agency would be dissolved.

“When I learned they were building a new office in downtown Sac, I wanted to learn more about it,” Frayseth said, “because when I looked at the financial section of the DCA’s public reports, it just didn’t make a lot of sense.”

Frayseth started filing public record requests, including one for Mallon’s expense reimbursements. Joshua Nelson, the authority’s interim general counsel, eventually provided four of Mallon’s monthly invoices submitted between the summer and fall of 2019. Those invoices reveal that the authority paid Mallon $47,545 for each month. That puts her annual salary at roughly $570,000. According to Transparent California, the only two people paid with state funds who make more are the chief investment officers for the two huge public employee pension funds, CalPERS and CalSTRS.

“It’s shocking and it seems entirely out of place. It’s way too easy for them to be spending that kind of money.”

The Delta authority’s documents spell out that it’s a public agency “under the control and supervision of DWR.” They also make clear that its funding is provided by both DWR and the state water contractors.

DWR spokesman Laurence Campling confirmed that, at the moment, the state is funding 100 percent of the Delta authority’s budget and staff expenses. Campling said Mallon’s salary was set by the authority’s board of directors rather than DWR, and that board includes representatives from the state water contractors.

Dan Whaley, a business owner in the town of Hood and member of the nonprofit group Delta Legacy Communities, was incensed when he learned what Mallon was being paid to steer such an embattled project.

“It’s shocking and it seems entirely out of place,” Whaley said. “It’s way too easy for them to be spending that kind of money.”

Campling told SN&R that DWR and the state will eventually be reimbursed by the water contractors, once their own respective boards come to final agreements on the details.

But as COVID-19 has hurled California into a deep recession that has forced the governor and Legislature to make painful budget cuts, some of those water contractors are rethinking their financial support.

On June 15, representatives for the Tulare Lake Basin Water Storage District, the Empire West Side Irrigation District, the Oak Flat Water District and Kings County sent a joint letter directly to Gov. Newsom saying that they objected to the state giving any more temporary funding to the DCA with the expectation they pay those expenses down the road.

“Given the current economic conditions and uncertainty surrounding the stability of State Water Project’s water supply, it is not appropriate for the state to continue such financing at this time,” the contractors’ letter read. “As you recall, financial review of the Delta Conveyance Design and Construction Authority anticipates $101.6 million of funding from the state water contractors through June 2020. DWR provided temporary funding in the past and we are concerned about DWR continuing to fill the gap since a number of contractors have yet to fund this most recent request.”

The letter concluded, “The County of Kings is facing massive budget cuts and inevitable cutbacks. We do not want to participate in the [DCA], and we object to DWR loaning our money to sustain the project. Given the State faces its harshest economic time in history, we ask that [DCA] funding by the state be placed on hold.”

Meanwhile, Whaley says that the nonprofit he works with is considering taking its own legal action.

“Right now, they’re thundering forward with all of these processes while those of us in the Delta are just trying to keep our businesses afloat, so it’s been extremely hard to even be part of the process,” he said. “We’re very much considering a taxpayer lawsuit against the state for spending this money on a project that has not even had a CEQA document done or a viable alternative explored. They’re spending money like a drunken sailor while the rest of us are just trying to keep the lights on.”

3 Comments on "As state slashes budget, director for proposed Delta tunnel earns twice as much as the governor"