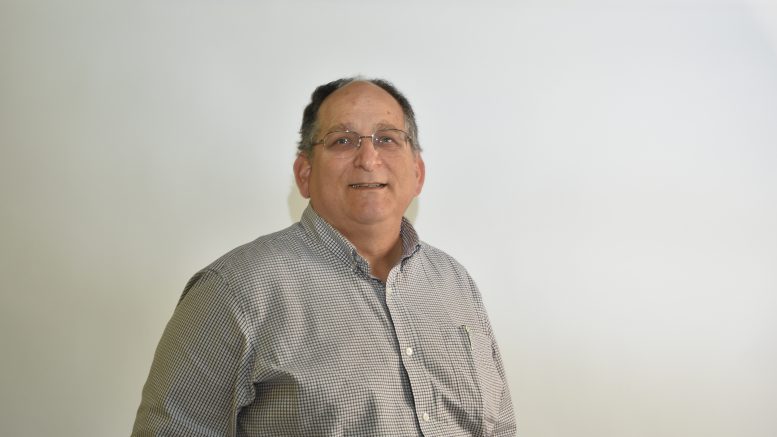 Sacramento County Board of Supervisors District 3 election has been close

As Gregg Fishman watched his election night lead shrink with each successive update in the District 3 race for the Sacramento County Board of Supervisors, he had two choices.

One choice was to follow the lead of the outgoing president, who has feverishly tweeted baseless claims of electoral fraud while trying to halt the counting of legal votes. This was on Fishman’s mind when he chose the second option, putting in a concession call to his opponent Rich Desmond.

“I’ve tried to run a campaign that I’m proud of, that is straightforward, that’s transparent, open and honest,” Fishman told SN&R by phone Monday morning. “And looking at the reality of things on Friday was part of that.”

The Nov. 13 update by county election officials showed Desmond, a retired California Highway Patrol official, with 50.99% or 62,152 votes and Fishman, a former journalist and current member of the Sacramento Municipal Utility District board, with 49.01% or 59,745 votes.

Desmond’s lead, if it holds, will mark a defeat for progressive and labor interests who’d hoped to shift the direction of the five-member board by having Fishman, a Democrat, replace longtime Supervisor Susan Peters, a Republican. With supervisors Phil Serna and Patrick Kennedy, it would have given liberals a 3-2 advantage on the ostensibly non-partisan board, with Don Nottoli a swing vote and Sue Frost a conservative.

Asked if the closeness of the election will affect how he’ll lead, Desmond told SN&R by phone Monday afternoon he’d thought a lot about this and that he was “100% an independent.”

“I think I’m actually, frankly, probably going to surprise a lot of the Democrats,” Desmond said. “They will see that I’m truly a very open-minded person.”

He noted that he’d accepted a suggestion from Fishman during the concession call and enrolled in the New Supervisors Institute training course offered by the California State Association of Counties. This might help him quickly get up to speed at an unsettled time, both due to fiscal impacts from the ongoing COVID-19 pandemic and controversy over county executive leadership.

Fishman tweeted a letter of support in October for replacing County Executive Nav Gill after he led a 40-person in-person meeting “most of whom did not wear masks,” Fishman wrote. Fishman noted in the letter that Serna and Kennedy were also in support, with a fourth vote needed to unseat Gill.

Desmond told ABC 10 at the time that he wanted to see an investigation before making a decision on Gill and reiterated this on Monday to SN&R.

“I just think there are still a lot of unknowns,” Desmond said. “But if it was a … blatant and conscious disregard for the rules, I would join the calls to have the county exec step down.”

Desmond said his first priority as supervisor will be keeping people safe during the pandemic and mitigating impacts to local businesses.

Fishman didn’t rule out running for the District 3 seat again in 2024. For now, though, he’ll focus on finishing the final two years of his SMUD board term, saying he also intends to work with the county on its Climate 2030 plan. He said he was proud of the race he ran in District 3.

“We had support from literally hundreds of people, some of whom have been involved in political campaigns before and some of whom were brand new to the process but wanted to get involved,” Fishman said.

Meanwhile, at a time of steep partisan divide in America, Desmond hopes to be a unifying force.

“I will be a supervisor that represents everybody in this district, including and maybe even especially the people who didn’t support me or vote for me,” Desmond said.

A dangerous time for disarray

Essay: Republicans, whose side are you on?