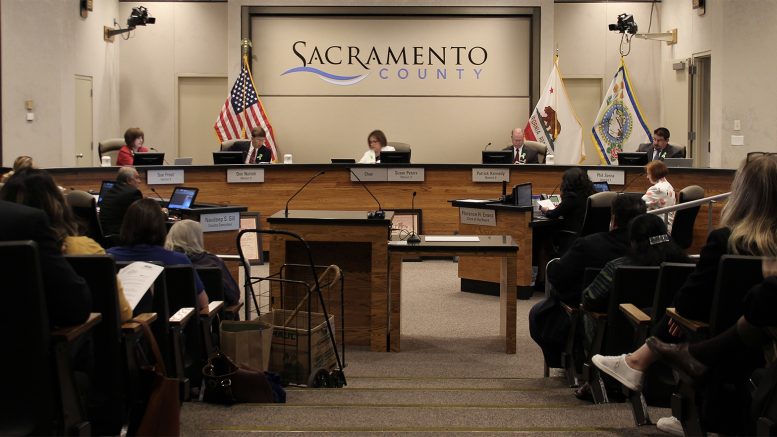 Large donations from independent group continue for candidate, who could shift power on Sacramento County Board of Supervisors

April Verrett knew the stakes when her group sent a $150,000 donation on Sept. 18 to a group independently raising money on behalf of Gregg Fishman, who is in a Nov. 3 runoff for the Sacramento County Board of Supervisors District 3 seat.

In her time as president of the Los Angeles-based Service Employees International Union Local 2015, which represents approximately 25,000 home care workers in Sacramento County, Verrett said she has been able to consistently count on support from supervisors Phil Serna and Patrick Kennedy. Don Nottoli has been a swing vote. Sue Frost and retiring District 3 representative Susan Peters have often voted against labor interests.

“I do believe that we think if we help Gregg Fishman be elected, you can safely say there are three left-leaning individuals who would be on the Board of Supervisors,” Verrett said.

She’s not the only one who thinks this; local leaders including Sacramento Mayor Darrell Steinberg have also given money to Fishman’s campaign, likely for a simple reason: On a board with only five members for more than 1.5 million county residents, a Fishman victory over former California Highway Patrol commander Rich Desmond could represent a marked shift. It might help steer the county to more progressive actions on issues such as no-fault evictions and independent oversight of law enforcement.

But Fishman, a member of the Sacramento Municipal Utility District board, is running from behind. In the March primary, Desmond finished 12,629 votes ahead of Fishman (43% to 26%) in a five-candidate field. Fishman is also struggling to keep up in campaign money so far.

SEIU Local 2015’s donation went to a group called Sacramento County Residents for Jobs Supporting Gregg Fishman for Supervisor 2020, Sponsored by Sacramento Central Labor Council, which has raised $351,000 since the beginning of 2019 through Sept. 24 for Fishman, including an additional $75,000 from Verrett’s group in January.

While that’s a sizable amount for a local race, the amount the Central Labor Council has raised independently of Fishman and spent on his behalf (including $6,600 on SN&R ads in January and February) has barely been enough to offset a significant gap in donations between Fishman and Desmond.

County records show that Fishman raised $226,496 in total contributions since 2019 through Sept. 19. Desmond, meanwhile, raised $569,797 in the same period. An independent expenditure by the Sacramento Metro Chamber PAC gave him $86,000 worth of mailers.

Financial supporters of Desmond, who has been endorsed by Peters, include developers Angelo Tsakopoulos and Paul Petrovich and Roger Niello, a business leader and former state Assembly member. In a phone interview, Desmond also expressed pride in receiving more than 1,000 individual contributions.

Desmond described himself as a centrist who has been registered independent since 2004, though he been both a Democrat and Republican in the past. “Honestly, if I win this election, labor does not have anything to fear from me,” Desmond said. “I’m someone who’s a straight shooter and an honest broker.”

Fishman, meanwhile, expressed guarded optimism for his chances, saying it was difficult to know how the presidential race would affect down ballot contests like his.

But he sees other factors helping him. “I think the biggest thing is that the demographics of the district have definitely changed over time,” Fishman said. “There’s now a strong Democratic majority. There’s a significant decline to state or no party preference vote, and we definitely have to do some strong outreach among those voters. But this district is really turning over.”

A dangerous time for disarray

2 Comments on "Banking on Gregg Fishman"