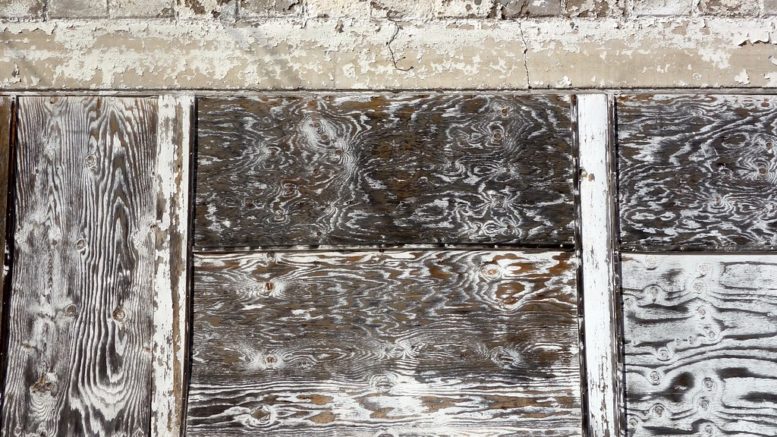 Despite actions by Gov. Gavin Newsom and local politicians throughout the state, an untold number of California residents could lose their homes because of the coronavirus pandemic.

Newsom issued two executive orders last month pausing the enforcement of court-ordered evictions through May 31 for tenants unable to pay their rents or mortgages due to COVID-19. In Sacramento County, these “unlawful detainer” court filings, as they’re officially known, have been trending downward since the Great Recession and were at some of their lowest levels at the start of 2020. But then the coronavirus began spreading here, forcing a halt to daily life and costing more than one million Californians their jobs in just two weeks.

Newsom’s executive actions were meant to reassure residents they wouldn’t be forced onto the streets during a global health crisis in which people are being urged to stay home. But the governor’s orders don’t actually prevent the eviction process from unfolding; they just give vulnerable tenants extra time—60 days instead of five—to respond to legal eviction notices filed in court during the state emergency.

Monday, the Judicial Council of California extended that grace period to 90 days.

“It does not prohibit landlords from evicting tenants—all it does is extend the amount of time tenants have to respond to their own eviction order—and only under the circumstance where tenants have given seven days advance notice to their landlord that they would not be able to pay for COVID-related reasons,” Leah Simon-Weisberg, legal director for the Alliance of Californians for Community Empowerment, said in a statement.

“The main difference is that the county ordinance precludes a landlord from filing an unlawful detainer action against a tenant that has proven he or she cannot pay the rent due to a COVID-19 emergency,” county counsel Lisa A. Travis told the Board of Supervisors on April 1. “I think you could argue the county ordinance is more protective.”

Under the county ordinance, landlords can only sue to evict tenants once California’s state of emergency officially ends.

Under normal circumstances, landlords can do so if tenants haven’t complied with written notices to vacate in three, 30 or 60 days, depending on the reason for eviction.

It was just this past November that county supervisors fell short of requiring landlords to provide a reason for evicting tenants. The measure required a supermajority to pass. Supervisors Susan Peters and Sue Frost voted against it. While Peters reversed herself on April 1, Frost did not.

“I guess I should just go on record as I plan to oppose this ordinance,” said Frost, whose March reelection drew considerable financial support from the real estate industry. “I feel as though it’s for the same reasons I have expressed before—to push the burden onto the owners only compounds the problems and therefore I am going to oppose.”

Frost was unable to derail the local protections this time. But both the state and the county aren’t letting tenants off the hook for overdue rent or mortgage payments, meaning the best case scenario for hundreds of thousands of Sacramento households could be akin to emerging from a worldwide health emergency and sinking into a debt crisis.

Newsom’s second order on March 27 stated that it doesn’t “relieve a tenant of the obligation to pay rent” or prevent a landlord from collecting it, and that renters could still face eviction once the moratorium is lifted on May 31.

Sacramento County simply gives its 567,000 households an extra 120 days to pay any back rent they owe. But the county ordinance doesn’t go into effect until May 1, giving banks and building owners a full two months to start the eviction process.

City Councils in Sacramento, Elk Grove, West Sacramento and Davis have all approved some tenant protections, but other local jurisdictions have not, including the cities of Folsom, Citrus Heights and Rancho Cordova.

The scale of the problem and the patchwork of responses are prompting one progressive grassroots organization to advocate for a statewide rent boycott next month.

Uma Tufekcic is trying to organize a revolution at her Midtown apartment complex.

The 24-year-old college student was laid off from her three jobs when the coronavirus outbreak seized Sacramento. “I was really hustling, just like everybody else,” Tufekcic told SN&R. “My situation is bad.”

Even with a government recovery package that promises temporary aid, millions of out-of-work Americans are wondering how to pay their rent when there is no next paycheck. For the Alliance of Californians for Community Empowerment, the answer is simple: Don’t.

The alliance has called on Newsom to implement a statewide rent forgiveness program by May 1. If he doesn’t, ACCE says tenants across California should cease paying rent.

“Like pretty much every single person I know, I’m not making any income,” said Tufekcic, who has joined the campaign and is trying to enlist her neighbors at her 25-unit complex on J Street. “We should not be paying rent right now.”

The “Food Not Rent” campaign argues that Newsom’s executive orders on evictions don’t go far enough, and that California could experience “a tsunami of evictions and foreclosures far worse than that seen following the economic crash of 2008,” ACCE stated in a release announcing the campaign.

It’s difficult to overstate how bad that would be.

According to an SN&R review of Sacramento Superior Court records, nearly 3% of the county’s households—15,586—were targeted with unlawful detainers during the two-year height of the recession in 2008 and 2009. It’s important to note that unlawful detainer filings represent only a piece of all residential displacements in the county, as housing advocates say most tenants don’t fight their evictions in court.

A decade later, residential eviction lawsuits were down nearly 50%.

In 2018 and 2019, banks, landlords and property owners filed 8,101 unlawful detainers against people paying a rent or mortgage for the roofs over their heads.

Another 284 unlawful detainers were filed against homeowners and renters through Feb. 5 of this year—the least for that period since at least 1995.

All those gains may instantly evaporate because they predate the economic upheaval caused by COVID-19. Unemployment claims in Sacramento County actually dropped between January and February, and didn’t begin surging statewide until the middle of March, which means the worst could be yet to come.

“I think it’s very scary for people to challenge authority,” she said. “It’s been very difficult to get people to align with my own mindset.”

But she’s not currently worried about being evicted, even though she says her landlord isn’t receptive to not collecting rent and told her to use her $1,200 stimulus check to pay next month’s $900 bill.

COVID-19 has claimed more than 340 lives in California, with confirmed infections soaring past 14,000 on April 6. Despite frightening projections that the virulent outbreak will only get worse, Tufekcic says she’s hopeful that Americans will emerge from this crisis more unified and less driven by profits.

“I feel like when this is all over, there will have to be some substantial changes to living as a society, and that’s so exciting to me as a person,” she said. “We’re all seriously in the same situation. No one saw this coming.”

2 Comments on "Sacramento evictions dropped for nine straight years. That’s about to change."