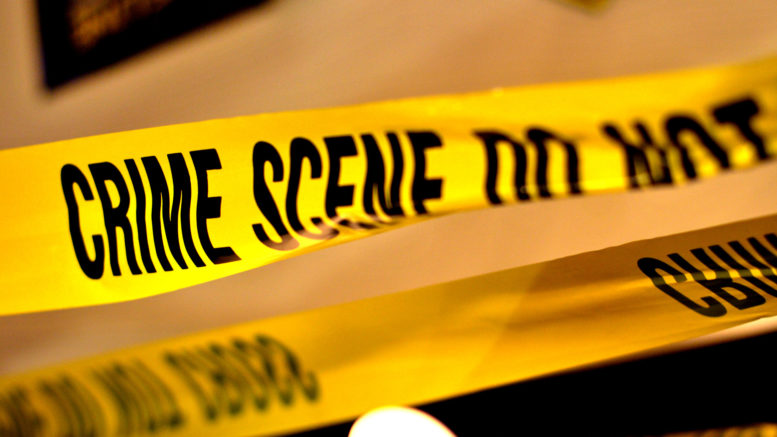 Five people are dead and another person is injured following a spate of violence that battered unincorporated Sacramento County in the days leading up to the historic election.

But authorities say the particularly tense political moment has nothing to do with the sustained bursts of gun violence that drove up homicide investigations this year.

“We have no intelligence or reason to tie the crime that happens daily in our community to the national election or any specific event,” Sacramento County sheriff’s Sgt. Rodney Grassman wrote in an email.

The Sacramento County Sheriff’s Office opened four homicide investigations since the Oct. 31 discovery of a woman’s body inside her Arden Arcade apartment.

Since then, homicide detectives responded to three deadly shootings on Sunday and Monday, including a pair of double shootings that left three men dead and one man in the hospital.

Jeremiah Ralph Zabala, 23, of Sacramento was the victim of multiple gunshot wounds to his upper body just after midnight Nov. 1 in Jack Davis Park in South Oak Park, according to the sheriff’s and coroner’s offices.

Less than 12 hours later and roughly six miles east, deputies found two 18-year-old men shot to death inside of an apartment off La Riviera Drive, north of the Rosemont neighborhood.

On Monday evening, detectives were learning about another double shooting, this one in Foothill Farms, where one of the male victims said he had been struck by gunfire near Hillsdale Boulevard and Greenholme Drive before checking himself into the hospital.

A short time later, a second male victim arrived at another area hospital with a gunshot wound, the sheriff’s office said in a media release. He didn’t survive.

A sheriff’s spokesperson told SN&R via email that detectives always look for similarities in the cases they investigate, but said there is no connection between the recent violence and election anxiety.

“One of the many great things about our democracy and which makes us the envy of the rest of the world is our long history of peaceful legitimate elections and peaceful transfers of power. We are not expecting a departure from this norm,” Grassman wrote. “We will of course be ready for any unexpected event because that is what the public rightfully expects from its law enforcement.”

President Donald Trump has repeatedly refused to commit to a peaceful transfer of power if he loses today’s election.

Like many parts of the country, Sacramento County experienced an increase in violent crime during a turbulent year wracked by the deadly pandemic, societal lockdown and sustained civil unrest over unchecked police violence. Much of the violent crime has disproportionately impacted domestic partners and young people of color.

Reina Almanza’s family identified her as a victim of domestic violence on a GoFundMe page seeking donations for funeral expenses and for Almanza’s five children. The 38-year-old woman was found dead inside her Arden Arcade apartment around 10 a.m. Oct. 28, after sheriff’s deputies were asked to conduct a welfare check. Deputies later arrested Eugene Leal, 37, who has been identified as Almanza’s boyfriend and the father of two of her children.

Almanza survived an arduous experience in her teens and was making the most out of a second chance at life when it was stolen from her, her sister Selena Miranda wrote on her GoFundMe page.

“My sister[‘]s last post on [F]acebook was ‘I thank God for always giving me another chance.’ Unfortunately God needed his angel to come back home,” Miranda wrote.

Leal was arraigned on a felony murder charge on Oct. 30. He was convicted of felony assault in 2012 and later served time for a felony domestic violence conviction and for violating the terms of his probation in 2014, online court records show.

Leal had a misdemeanor drug possession case dismissed against him in January 2019 in return for his completion of a drug diversion program.

Outside of the unincorporated county, police in the city of Sacramento responded to a quadruple shooting shortly after 1 a.m. Saturday. The early morning Halloween shooting occurred in a residential neighborhood just south of Northgate, where, police say, four gunshot victims were transported to a local hospital and expected to survive.