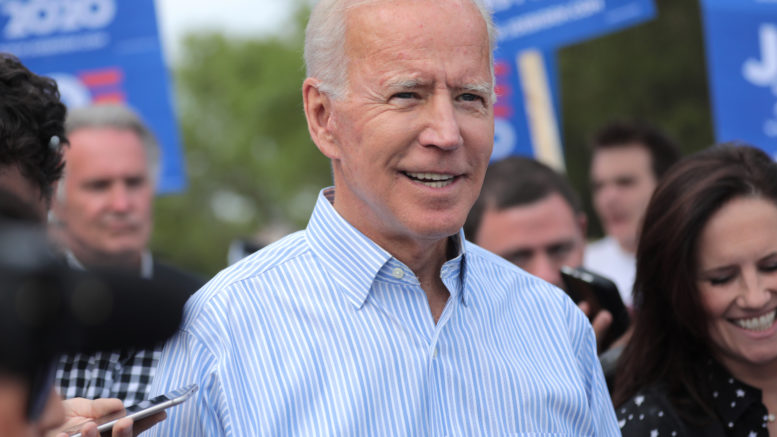 Editor’s note: The president-elect faces very difficult work to fix the mess Trump is leaving behind

Our long national nightmare looks like it’s nearly over.

However narrowly—and unless recounts, the courts or even state legislatures overturn the people’s will—Americans have rejected four more years of President Donald Trump.

While Joe Biden was declared the winner on Nov. 7, and there’s much to celebrate, it may not be entirely over—at least if Trump and his minions succeed. He is falsely claiming he won “by a lot,” alleging without evidence that Democrats are stealing the election and threatening legal action all the way to the U.S. Supreme Court, as he did in a truly disgraceful and dangerous attack on democracy at the White House on Nov. 5.

As of Nov. 13, however, Biden was projected to win 306 electoral votes—the same number Trump won in 2016—and was ahead by more than 5 million in the national popular vote.

Still, when Trump departs the White House, he left a huge pile of work to do.

It will not be easy. Call it the post-Trump version of the three R’s.

The most important task for President-elect Biden, Vice President-elect Kamala Harris and their team is to follow through on uniting our nation, healing divisions in our society and restoring trust in the presidency, however difficult that will be.

“To make progress, we have to stop treating our opponents as our enemies,” Biden said in his victory speech Saturday night, more in hope than certainty, after an election that demonstrated again how deeply divided our nation is—and that did not completely repudiate Trump.

Repair also means finally getting COVID-19 under control, reducing the numbers of deaths and new cases until a safe vaccine is available to protect us and help bring some normalcy back to our lives. As new cases hit record levels, Biden on Monday announced a task force of experts to put together a plan to start on Day One and implored Americans to wear masks.

Restoring America’s soul, as Biden said his campaign was fundamentally about, is up to all of us. Somehow, we have to move past this contentious election and work toward bringing the country together. In such a sprawling and diverse nation, there will always be deep disagreements. Still, we must try to find common ground—and Biden must do all he can to help.

The economy is wrecked because of Trump’s failure on the pandemic. The painfully slow recovery has not come close to adding back the 22 million jobs lost when everything shut down.

First things first: Keep people in their homes, keep families from going hungry and keep small businesses alive. There’s no excuse now for Trump and Congress not to pass a big relief package during the lame duck session. But if they don’t, that should be at the top of Biden’s to-do list after his inauguration on Jan. 20.

Once the immediate needs are met, Biden must keep his campaign promise to build back better—with higher pay for workers and a smaller gap between rich and poor.

Fortunately, there’s a golden opportunity right in front of us: Dealing seriously with the existential crisis of climate change will create tens of thousands of high-paying clean energy jobs.

To truly move on from the Trump years, Republican collaborators in Congress and others who aided, abetted and enabled Trump’s many atrocities must be held responsible.

Most knew exactly the devil’s bargain they were making to get what they wanted—whether cutting taxes for the wealthy, stacking the federal courts with conservative judges, wiping out environmental protections or increasing the power of corporations and billionaires. They can’t now claim ignorance of the damage they were allowing Trump to get away with—and how long it would take to undo.

This is especially true for those who carried out inhumane policies, including the caging of children at the border and their separation from their parents.

Even now, some Trump sycophants are echoing his lies about voting fraud and helping him try to steal the election. And shockingly few Republicans in Congress have acknowledged he is the president-elect. Some things are unforgivable.

It’s not about revenge; it’s about accountability.

Be the first to comment on "Biden’s big challenge"