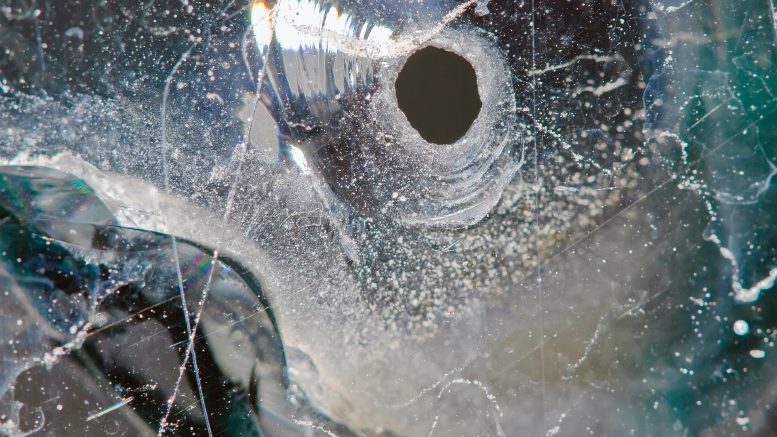 A drive-by shooting at a Del Paso Heights park on Saturday afternoon killed a 9-year-old girl and injured three people, heralding a violent weekend in a county that has been plagued by extended outbursts of gun violence this pandemic year.

​​​​​Since Saturday, five people have been killed and nine injured in gun violence across Sacramento County. At least two of the dead and two of the injured weren’t old enough to vote.

Aside from 9-year-old Makaylah Brent, killed in the drive-by shooting at Mama Marks Park, a 6-year-old girl, adult woman and adult man who transported himself to the hospital were injured by the gunfire, police disclosed.

“Every park in the city on a Saturday afternoon should be a perfectly safe place for a 9-year-old girl,” Vice Mayor Angelique Ashby said during a Monday afternoon press conference, “and we won’t rest until it is.”

Brent’s family believes a man was the target of the shooting and that Makaylah and the two female victims were unintended casualties, according to media accounts.

Makaylah’s paternal grandfather Bradley Dean Brent Jr. said the family knows who the shooter is and urged him to surrender to authorities, The Sacramento Bee reported.

Officer Karl Chan, a police spokesperson, told SN&R on Monday that there were no updates in this case or the other shootings that followed it.

A little more than two hours after the park shooting, police came upon a car that had crashed into a pole in the 8300 block of Jackson Road and found the driver, a 17-year-old boy, dying of a gunshot wound.

The Sacramento County Coroner’s Office has yet to release the victim’s name.

A few miles west of the park later that evening, a 17-year-old girl and two adult men were injured in a drive-by shooting near Fairbanks Elementary School in the Strawberry Manor neighborhood.

Just before 2 p.m. on Sunday afternoon, an adult woman was shot and injured in the 3400 block of Del Paso Boulevard, less than 2 miles south of the park.

Less than 12 hours after that, around 1:25 a.m. Monday, police found another man shot dead inside a crashed car, this one located near Dry Creek Road and Harris Avenue, about four blocks north of Mama Marks Park.

Chan said that there’s nothing yet to link any of the shootings, and that detectives were “working diligently” to identify those responsible. “So far we do not have evidence to indicate that the shootings are connected,” Chan wrote in an email.

Approximately two dozen shooting homicides, totaling more victims, remain open in Sacramento County since the beginning of this year, an SN&R review of the cases has found.

Police last month confirmed the arrest of a 19-year-old suspect in the three-month-old case of slain Sacramento rapper Bris.

Five of the six most recent shootings transpired inside the city of Sacramento.

“It is extremely unusual to have this much violence in one weekend,” Ashby said Monday. “It’s far too many.”

Mayor Darrell Steinberg, who organized the “last minute” press conference in front of City Hall, called for calm in what he described as an apparent escalation in gang and pandemic-related tensions. He also praised community groups such as Brother to Brother and Advance Peace with trying to stop the violence, some of them with new city funding.

“Everybody can do their part to keep the peace,” the mayor said.

After two years of no child homicides in Sacramento County, at least six people under the age of 20 have been murdered this year thus far.

Councilman Eric Guerra joined his colleagues in calling for more youth programs, particularly in the Black, Latino and Southeast Asian neighborhoods under fire.

The Sierra Health Foundation, which administers the Black Child Legacy Campaign that focused on keeping youths safe, planned to hold a vigil at Cesar Chavez Plaza around 6 p.m.

The Sacramento County Sheriff’s Office is also investigating a deadly shooting that occurred Saturday afternoon at a halal grocery store inside an Arden Arcade shopping center. That’s where investigators believe a man, who has yet to be identified, entered East Market & Restaurant and shot three people before turning the gun on himself. The 33-year-old gunman was pronounced dead at the scene. One of his victims, a 27-year-old man, died later at a hospital, the sheriff’s office revealed Monday.

New surveillance tools allow cops to spy on everyone—including you