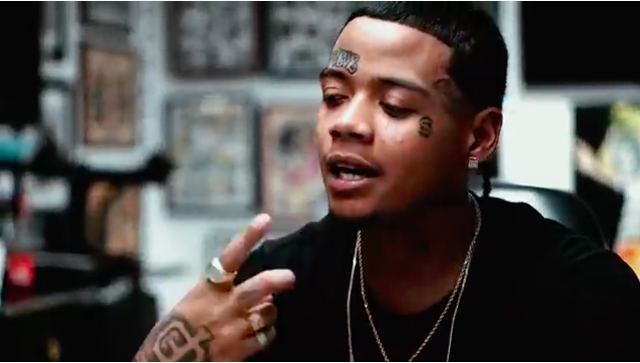 Rapper Bris, aka Christopher Treadwell, uploaded his video "Hammy" to YouTube on June 16, five days before he was fatally shot in Sacramento.

Nearly three months after police found Sacramento rapper Bris shot to death in a crashed car outside a Jimboys Tacos, they are confirming the identity of the suspected gunman.

Moses Alexander Hirschfield, 19, of Sacramento was arrested last week on a felony murder warrant and for felony possession of a firearm, jail and booking records show.

Hirschfield is suspected in the June 21 shooting death of 24-year-old Christopher Treadwell, better known in music circles as the up-and-coming rapper Bris.

The rapper, who has 38,000 subscribers on YouTube, uploaded his last music video just five days before he was shot. It currently has 3.2 million views.

Treadwell’s death came during a surge of summer gun violence that has yet to subside in the city and county.

Police initially declined to identify Hirschfield, saying detectives were still conducting follow-up and confirming details. But a department spokesperson told The Sacramento Bee on Sunday that the suspect was arrested Sept. 14 in the city’s north area.

Hirschfield is one of only two people arrested for murder in Sacramento County on that date and the only person arrested by the police department. Booking records show the 19-year-old was arrested at his home near Rio Linda, which sits in the city’s north area.

Court records show Hirschfield was arraigned on two felony counts and appointed a public defender on Sept. 17. He’s due back in court next month, when he’s scheduled for a settlement conference. He’s ineligible for bail.

In October 2019, Hirschfield pleaded no contest to a felony count of assault likely to produce great bodily injury and was sentenced to serve 364 days on the sheriff’s work project, with five years on formal probation, online court records show.

Shortly before 1 a.m. on June 21, patrol officers responded to a report of shots fired in the area of Franklin Boulevard and Fruitridge, where they found a crashed car outside a Jimboy’s Tacos and a man who had suffered a fatal gunshot wound.

The coroner’s office identified the victim as Treadwell, a resident of Elk Grove.

Bris in his own words

In an undated interview with The RapShack, Treadwell claimed the Fruitridge area in Sacramento as his home turf. “We got our own style,” he told the interviewer.

Treadwell added that, though he rapped for years, he only began taking it seriously two years earlier. He described rapping as his dream, but one that chose him and extracted a cost from those who expressed themselves honestly.

“It’s cool, it just brings a lot of attention,” he reflected. “Drama, this shit bring a lot of drama.”

Treadwell said prosecutors once used a gun’s appearance in one of his music videos to send him to jail.

He also criticized the police shooting of Stephon Clark and indicated that he didn’t see his profession as one to aspire to. Shaking his head, Treadwell said, “I pray to get out this shit. This shit ain’t what it seem.”