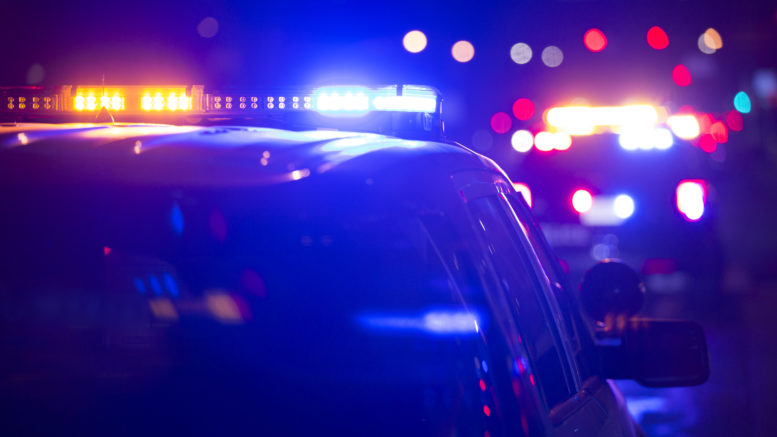 Photo by Matt Gush on iStock

If self-destructive behavior wasn’t contagious before, it sure felt like it during the first, way-too-tragically-eventful week of 2021.

Three hours into his 29th birthday, Richard Falcon lay dead in a central Oak Park neighborhood strobed with siren lights. It was a little past 3 a.m. on Friday, Jan. 1.

Before the first full week of 2021 was over, six more bodies would join Falcon in the Sacramento County morgue.

At least seven people have been killed and another seven injured mostly in shootings across Sacramento County since the New Year began and bled into the first full week of January.

The Sacramento Police Department is investigating six violent deaths and the Sacramento County Sheriff’s Office two that occurred between Jan. 1 and Jan. 9. At least five of the six homicide cases are gun-related.

Only one homicide has led to an arrest: the early morning Jan. 1 shooting of Falcon and a 15-year-old female relative, who was shot in the leg and rushed to a hospital for medical treatment.

Police arrested Juan Roman, 31, of Sacramento roughly nine hours after they allege he killed Falcon, a medical worker with a young daughter, according to a GoFundMe page created by the victim’s father.

Just a few hours after Falcon’s slaying, police found three gunshot victims in the neighborhood of Colonial Village North. An unidentified adult man was pronounced dead at the scene. A woman later identified as Mia Elizabeth Taylor, 39, of San Pablo, succumbed to her injuries in the hospital. A second adult woman taken to the hospital was listed in critical condition.

On Jan. 6, police responded to a neighborhood south of Meadowview and found Marshay Ammons, 30, of Fairfield shot dead inside a car.

Ammons made his final Facebook post on Jan. 1, when he joked that he had already messed up and that “2022 will definitely be my year for sure.”

On Jan. 7, sheriff’s deputies responded to a residential murder in the Parkview Terrace area of Arden Arcade. Around 12:30 a.m. on Jan. 8, police found 22-year-old Joshua Efrem Scherban’s gunshot body across the street from Arden Fair mall. The next night, sheriff’s deputies found two teenagers shot in North Highlands. One boy, identified as 15-year-old Dezay Richardson in vigil posters, died from his injuries.

The violence represents a deadlier start to 2021 than the previous year. Only three people died in homicides through the same span in 2020, according to LexisNexis crime mapping.

If you somehow missed it, hundreds of #blessed 20-somethings attended a “super chill” New Year’s Eve rager at Eddie Murphy’s old mansion and then bragged about it on their social media platforms, prompting immediate backlash from, oh, just about the whole internet.

Former SN&R staffer Kate Gonzales wrote the definitive account of the “COVID castle” debacle, explaining with admirable restraint the sheer tone-deafness and self-involvement required to party while ICUs buckled under the weight of the pandemic’s punishing winter resurgence—and then go home and complain about catching a fever.

Oh, the vanity of this crowd.

California eclipsed 26,000 #Covid deaths on New Year’s Day and passed 27,000 three days later. That means we began 2021 with the fastest and second fastest records for reaching a thousand deaths since the pandemic began. https://t.co/7L4hSeExXn pic.twitter.com/eaZJ2Egb8l

Kate’s piece is even more impressive when you consider how many toxic trolls she had to swat as she tried to interview party attendee Zayn Silmi, a (former?) Wide Open Walls board member, marketing bro and Sacramento brocialite who has tried to salvage his bromanitarian image at all costs.

Around the time that he was flexing newfound humility in a statement to Kate, Silmi (whose legal name is Hussein Myles Silmi) sought a civil harassment restraining order against Andrea Cunningham, a resourceful internet sleuth who reconstructed the events of the Granite Bay bacchanal on her Instagram page @peopleofsacramento_scams.

In a police report from February 2020 that Cunningham posted to her ‘gram, Silmi claimed that he feared for his life due to Cunningham’s alleged online harassment.

Anyway, the whole thing is an ugly octopus, even leading the city-subsidized art mural festival Wide Open Walls to set its pages to private for a time.

As for the animal shelter that Silmi and his humble partners celebrated themselves for opening, well, Kate has an update on that, too.

There was a grand opening early last year and then it dissolved shortly after. Zayn told me it shut down due to the pandemic and the executive director moving out of state. I believe it was going to run out of the storefront in the photo. Thanks for reading!

Speaking of poor behavior, the indie media platform Black Zebra Productions caught a waste removal contractor brandishing a knife on an unseen group of people that was criticizing him and his coworkers for clearing a homeless camp. Here’s the video, which Loaves & Fishes advocacy director Joe Smith, among others, shared on Twitter:

“Sweeping” encampments is wrong, but what happened today was criminal. Watch an employee of ForensiClean, a contractor of the City of Sac, pull a knife and threaten a journalist documenting their activity while police do nothing.https://t.co/duz0Sd6iXy

The unidentified man’s employer, Foresniclean, bills itself on its website as a family-owned biohazard removal business in Sacramento and has a $1.12 million contract with the city of Sacramento to dispose of “homeless encampment generated trash” through June.

The city is paying Forensiclean through one-time federal funds it received through the CARES Act.

And oh yeah, this also happened:

A costly failure to communicate

Be the first to comment on "The roundup: Gun violence, vanity superspreaders and uncaring CARES Act contractor make for rough start to 2021"