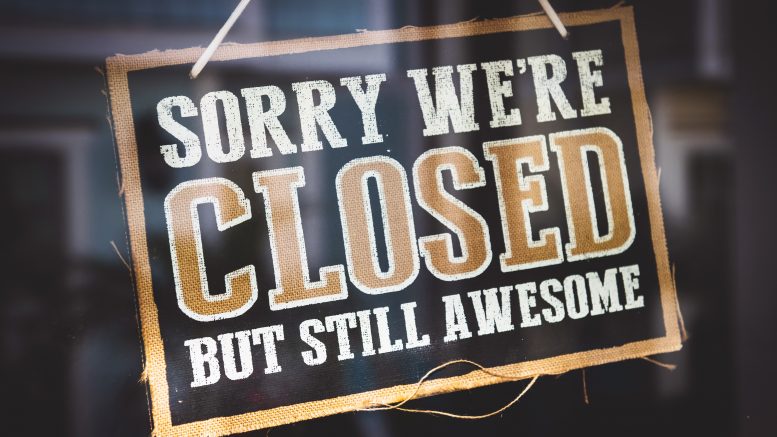 Photo by Tim Mossholder on Unsplash

Editor’s note: A survey of businesses and residents highlights the hard work ahead for Sacramento to recover from COVID-19

Yup, the impact of the COVID-19 pandemic, lockdown and recession really is as bad as it seems.

That’s according to a survey of Sacramento businesses and residents that highlights the hard work ahead to recover from the crisis, with the U.S. reaching the unimaginable milestone of 200,000 deaths.

In the survey, which the City Council commissioned and will receive and discuss Tuesday:

It’s already too late for some beloved local businesses that have closed their doors for good. Among the most recent: Oblivion Comics & Coffee, which opened in May 2017.

“This year has brought so many challenges that most businesses could never have planned for,” its owners said in a Sept. 15 announcement. “COVID-19 specifically has changed how the world works and businesses that have been built around bringing people together are struggling to continue to do so.”

It’s not just businesses that have had their worlds turned upside down.

Among residents surveyed, seven in 10 said their lives had been disrupted a great deal or a lot and 70% also said it was an extremely or very serious problem not knowing when the pandemic will end.

In terms of what the city should be doing, 80% said that aid to small businesses was extremely or very important, 64% said mental health services and 60% said help with housing costs.

It just so happens that also Tuesday the City Council approved an emergency rental assistance program that will start with $2.7 million in federal relief money and will grow by $2 million using federal housing grants.

Under the program, families who have lost pay due to the pandemic can apply online for as much as $4,000 to pay rent. Families with children and lower incomes will get priority; those in public housing or already receiving a public subsidy are not eligible.

If more than 1,000 families apply, recipients will be picked randomly to check their eligibility. The city expects many applications to come from Del Paso Heights, Oak Park and South Sacramento, based on the numbers of COVID-19 cases and past evictions. Under current local and statewide moratoriums during the pandemic, renters have until the end of January to pay back rent and avoid eviction.

Some additional help is also on the way for those seeking new jobs. Monday, Mayor Darrell Steinberg, the Greater Sacramento Economic Council and Greater Sacramento Urban League are unveiling a new digital skills training program that includes free laptops, $600 a week stipends and training worth $15,000.

While 58% of respondents approved of the job the city is doing on the pandemic and 59% gave positive ratings to the state, only 13% approved of how the federal government is handling the crisis. And while it’s become a partisan issue, 93% of residents said they support requiring wearing masks in public.

The survey was done online from July 28 to Aug. 13; 127 businesses and 1,208 residents responded. While it isn’t a scientific poll since respondents weren’t randomly selected, the results do provide a snapshot of public sentiment in Sacramento six months into the pandemic.

The survey was requested by the City Council as it tries to figure out how to get through the crisis. The first phase of the survey, presented in June, helped guide how the council spent $89.6 million in federal relief money, divided among youth and workforce training, small business recovery, homeless and housing assistance and the arts, creative economy and tourism.

But that money is all spent. And so far, Democrats and Republicans in Congress and President Trump haven’t been able to agree on another relief package that would include more money for local governments.

Without more aid, the city might have to cut services next year—and the recovery from COVID-19 will be even slower and more painful.