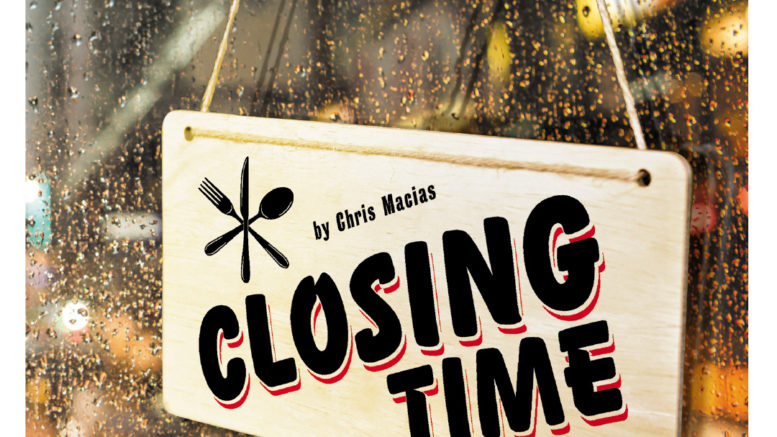 Local owners grab temporary lifelines, but many businesses may not survive

When we get to the other side of this horrific pandemic, our lives and our community will have changed dramatically.

The lasting impact of COVID-19 won’t just be the lives lost, or perhaps even in our daily social interactions. It will also be reflected in which shops, restaurants and other businesses are still around when the stay-at-home orders are lifted.

While local businesses are laying off employees and scrambling to stay afloat, the few companies that are doing most of the hiring seem to be corporate behemoths such as Amazon, which announced it is adding 100,000 employees, and Walmart, which said it is hiring 150,000 people, including more than 6,200 in California. Starting pay for those jobs is barely minimum wage, or less.

Post-pandemic, it would be a shame if Sacramento has even more cookie-cutter national chains, but far fewer locally grown, one-of-a-kind small businesses that help give the city its charm and character. But that is a likely scenario without targeted policy and money to prevent it—and maybe even with them.

To make sure as many as possible do make it, it’s crucial to figure out the tools and resources they need, she said. For instance, she’s been helping mom-and-pop Asian restaurants that didn’t have online gift card set-ups.

“A lot of local businesses aren’t going to survive.”

These issues are also on the mind of Amanda Blackwood, president and CEO of the Sacramento Metro Chamber.

“Who is going to survive are those that can adapt the most,” she told me.

Even before the coronavirus shutdowns, retail was moving from brick-and-mortar to online, and a number of long-established local restaurants had closed.

Now, businesses will have to adjust to changes in consumer behavior accelerated by the pandemic. For example, Blackwood and Kushida agree there will likely be far less business travel and far fewer conventions as people get more used to virtual meetings and remote work. So restaurants and other businesses that rely on visitors will have to seek other customers.

Blackwood’s advice to small business owners is to “pivot now.” So, for instance, a sit-down restaurant that is now finding success in catering and delivery might consider a permanent shift.

But she acknowledged that kind of longer-term strategizing is a challenge for small businesses just trying to survive day to day.

“Who is going to survive are those that can adapt the most.”

Businesses that were struggling before coronavirus while the economy was relatively strong—particularly those in retail and hospitality and those operating on thin profit margins—will have a tough time coming back. Many local businesses don’t have the cash reserves to withstand months of lower revenues and uncertainty.

Some owners are going to have to be realistic about their futures, Blackwood said. “Are all the jobs in these businesses going to come back after this? They’re not.”

If local businesses don’t reopen, more residents will be chasing a limited number of jobs and Sacramento’s post-coronavirus economic recovery will be even more painful.

The numbers are already staggering, and will only get worse.

On April 3, the government reported that the U.S. economy lost 701,000 jobs in March and that the national unemployment rate jumped from 3.5% to 4.4%, the biggest monthly increase since 1975. On April 2, the U.S. Labor Department reported a record 6.6 million unemployment claims in the week ending March 28, double the record set just the previous week. California had nearly 879,000 claims, the most of any state. Gov. Gavin Newsom said Thursday that 1.9 million Californians had filed for jobless benefits since March 12.

And the Economic Policy Institute projects that even with the $2 trillion federal economic relief package passed last week and another stimulus bill yet to be passed, nearly 20 million U.S. workers could be laid off or furloughed by July.

Again, California, as the most populous state, leads the way with a predicted 2.3 million jobs lost through June. If that happens, that would mean more than 3 million jobless and a 15% unemployment rate, far higher than during the Great Recession, between 2007 and 2009.

On April 8, the Center for Business & Policy Research at University of the Pacific released a study projecting that the jobless rate in the Sacramento metro area could reach 18.5% by May with 221,610 lost jobs and the statewide unemployment rate could hit 18.8% with 3.86 million lost jobs.

Nationwide, about 2 million small businesses, or 26% of the total, that employ a total of 27.5 million are at immediate risk of closing, according to a study released Friday by the Brookings Institution. Another 28% of small firms with 20.3 million jobs are vulnerable.

There are efforts underway to offer some lifelines to locally-owned businesses and their employees. For instance, the city of Sacramento announced Thursday that 101 small businesses will receive zero-interest loans of between $5,000 and $25,000 from its $1 million COVID-19 economic relief fund. These businesses, which employ a total of 700 workers, will start getting the money next week. Qualified applicants were chosen on a first-come, first-served basis from among 1,402 completed applications, the city said.

Also, the city and Sierra Health Foundation created a Donate4Sacramento campaign to raise money for small businesses, as well as families and nonprofits. They announced Monday they had raised $600,000 in the first week and had given out more than $260,000. But that’s a drop in the bucket compared to the demand.

On Thursday, Newsom announced a series of initiatives to aid small businesses. They won’t have to pay state sales taxes of as much as $50,000 for one year, the equivalent of a no-interest loan. That will help, but the tax bill will eventually come due.

The cruel irony, however, is that will probably be a bigger boost to businesses that were already doing well. They can use the no-interest loans to quickly resume operations, and perhaps even expand.

But it won’t be as much help for struggling small businesses, which can’t afford to take on much more debt. The loan forgiveness for payroll and other expenses through June 30 won’t matter as much for those that have already laid off most of their workers and darkened their offices.

As you may have read, SN&R is in this group, unfortunately. And some of our advertisers are the small local businesses that may not come back. So we’re trying to figure out a sustainable financial plan for the longer term, too.

Meanwhile, we’re relying on donations, nearly $24,000 and counting. We’re very grateful for the support, which is enough to help keep our website and blog going until late April. We’ll continue reporting on the local impact of coronavirus, including stories that hit close to home.

Ballet in your living room

Be the first to comment on "Will coronavirus also kill Sacramento businesses?"