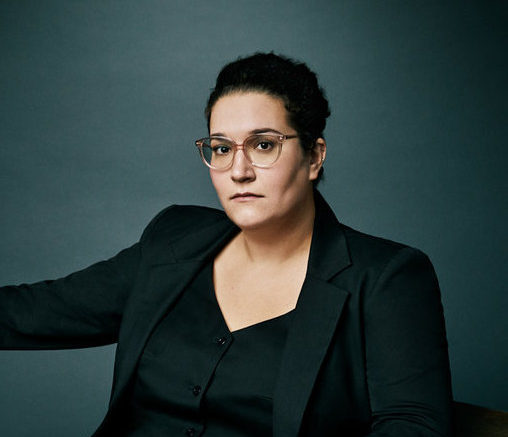 Carmen Maria Machado’s 2017 National Book Award nominated short story collection Her Body and Other Parties is a book that sticks with you: Fiction that examines concepts of self, autonomy, violence, feminism and queerness. It’s a book employing multiple, sometimes jarring genre swaps. Yet its strength and consistency of voice unify its stories into a whole that makes for a staggering impact.

Machado’s latest is a memoir, In the Dream House, which is just as breathtaking as Her Body. The aforementioned dream house takes many forms as each chapter acts as container for another facet of a painful, abusive long-term relationship, documentation meant to validate and shed light on others who have experienced domestic abuse between partners with shared gender identities.

Machado is giving a virtual reading Wed, March 3 at 4:30 pm, hosted by the UC Davis College of Letters and Sciences. Register for the event here.

Could you speak to the idea of vulnerability as a political act?

The concept of archival silence which I came to fairly late in the process of writing this book ended up kind of informing the entire thing. Really, in a way is the project of the book, or is one of the projects in the book, is to fill in those gaps. And I think that to break those silences, to fill in those gaps, certain people have to choose to be vulnerable. And that was a choice I made, I made to write this book. Would I do it again if I had a choice? I don’t know. But it was certainly a decision that I made in the moment. There’s always going to be people or have to be vulnerable in order for their work to make it out there.

Yes and no. Yes, in the sense that I did feel that way, but also, the more research I did for this book, the more I realized that we try to have this conversation about queer domestic violence like every X number of years and it happens and people sort of make their point…And then we lapse and that the conversation sort of falls away, another X number of years goes by and then someone tries again; and I am I a part of that; I’m part of the people trying to do the work. They have come before me, they were trying to do this before I was born. I’m sure we’ll be doing it after I’ve gone. You know, for me it was important to find my space so that I could say the things that I wanted to say.

The chapter “DreamHouse as Exercise” and “you” versus “I:” was it a compartmentalization of your life during that point? Did you feel a need to write that “you” versus “I” to give the distance [recounting of abuse] needed?

Early on in the process of writing the book, I wrote second person, sort of unthinkingly. It was just like the way I was writing a very early draft project. My editor at the time was like, “You know, you could totally write a memoir in second person, but you have to make choices.”… So I went back and ended up deciding that I [wanted] to use both, and I want to use the “you” as sort of the past me, who’s trapped in this like eternal hamster wheel of pain and suffering and then “I” could be the voice that made it, got out. It just became part of the project.”

Part of what I loved about Her Body and Other Parties was that it’s an absolutely surreal read, [crossing genres from a] CSI [script] to the Scary Stories to Tell in the Dark Themes; but I can’t imagine reading any of those stories separately. What was the process for that? I mean, were those stories that did indeed come about separately?

I think of them as a unified project … I had written a bunch of stories in grad school and then I had a book that was my thesis, [also] called Her Body and Other Parties that was pretty different than the final published book. Basically, after grad school was over, I went through and I would strip down all the stories that I didn’t love and [thought] “I have three stories left, and all sort of loosely have to do with like women’s bodies and sexual violence. So, I guess now I have to keep adding stories that fit to that project.” So, yeah, I wanted to keep my focus fairly narrow: it’s like I want stories to be a conversation with each other. So, you can’t really separate these stories. In that is that sense of that they’re all kind of talking to each other. They’re all sort of essential pieces of a conversation… A lot of short story collections do make that choice and some don’t. For me it just felt like–I wanted the book to feel cohesive.