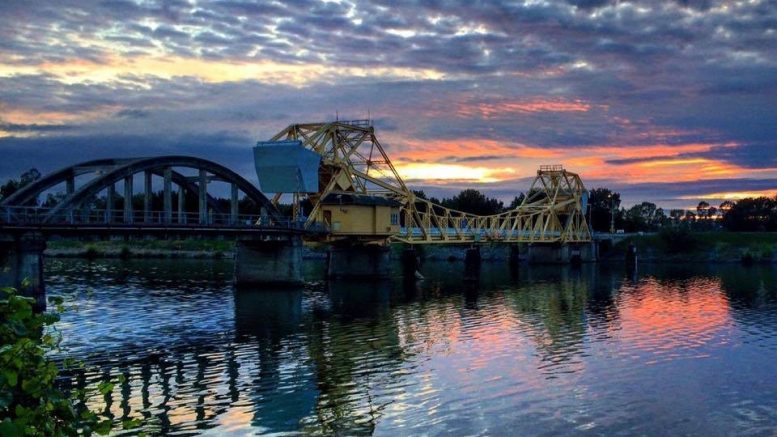 By Tim Stroshane, policy analyst for Restore the Delta

If the California Department of Water Resources says it, it must be official: “Most of the Delta qualifies as an environmental justice community,” said DWR environmental program manager Carrie Buckman at a recent Delta Conveyance Project Environmental Justice webinar. It was a welcome statement of a fact that Restore the Delta documented five years ago.

The event was sponsored by the DWR and was the last of four such webinars this summer. More than 100 people attended mid-program, and there were still about 75 by the start of the Q&A portion of the agenda ninety minutes in.

It was clear from the webinar that DWR intended to limit the scope of environmental justice (EJ) analysis of the Delta Conveyance Project (the ‘Tunnel’) as narrowly as it possibly can, and that this Spring’s environmental justice report and upcoming EJ chapter in the Tunnel environmental impact report (EIR) next year will strive for as much decoration of the Tunnel and as little substance as possible about its impacts on Delta EJ communities.

“Your Delta, Your Voice” is more successful than the EJ survey DWR undertook in 2010. That survey we roundly criticized in Restore the Delta’s 2018 report, The Fate of the Delta: Impacts of Proposed Water Projects and Plans on Delta Environmental Justice Communities. DWR’s latest survey is not intended to address Delta problems as Delta residents, businesses, and workers see them, but to “inform the proposed Delta Conveyance Project environmental review and planning process, with a particular emphasis on the environmental justice chapter of the CEQA environmental impact report” (EIR) due out in the spring of 2022, as the May survey report states.

DWR acknowledges that its latest survey is not scientific, even though its opinion researchers, Ag Innovations, a non-profit consultant preparing and conducting the survey, apparently did all they could to boost participation and approximate accurate representation of Delta communities. Survey respondents could access the survey online, via personal computers and smart phones. Online survey questions were provided in English, Spanish, and Chinese. A hotline for addressing problems was provided. Environmental justice community leaders were contacted to help stimulate participation, and they were encouraged to pass out postcards and fliers DWR’s survey team prepared and provided.

This EJ survey mirrors the disparities at the time of its availability, late September into mid-December—remember that COVID cases and deaths were spiking all over the United States and California at the time, in addition to the hotly contested presidential campaign and its bizarre and traumatizing aftermath. People were tired, distracted, organizing to protect election results, and dealing with COVID all at once. “We asked you to wait on this study due to the COVID pandemic and the fires, but you didn’t listen,” said Charming Evelyn from Southern California, asking, “You went ahead anyway, but will you do a more representative sample?”

Probably not, from all indications.

I asked at the webinar what DWR’s consultants are doing to correct the problem of under-representation of people of color in the survey. The reality of representation, buried on page 114 of the survey, is that African Americans and Asian Americans were way under-represented, as were Latino/Hispanic people and those of “mixed heritage” (presumably what the U.S. Census refers to as people reporting “two or more races”).

Whites in the Delta region were dramatically overrepresented—where whites are 40 percent of the five-county populations that contribute to the Delta, they were 62 percent of total EJ survey respondents, according to page 114. Oddly, researchers could have approximated the population from census data for the legal Delta (as close a fit as possible) or for their five-mile radius boundary around the Legal Delta. But they ignored these options in the recent presentation and in the survey report, preferring to use the total populations of the five counties as their comparative base. This decision includes predominantly white communities like Lafayette, Orinda, Moraga, Pleasant Hill, Walnut Creek, Tracy, Lathrop, and other communities that skew white. Thus, the voices of “Your Delta, Your Voice” are more from whites. African Americans were still significantly under-represented in the responses from Delta disadvantaged communities.

“We were not trying to do a representative sample” of the Delta EJ community, Ag Innovations consultant Genevieve Taylor replied, adding, “but we reached more people in Delta disadvantaged communities than did previous studies.”

This puts a smiley face on their survey.

But the benefits program depends on the Tunnel’s approval not on what environmental justice communities need or want. The Community Benefits Program sounds more like arm-twisting than collaboration. We’ll see.

Ms. Taylor noted that “95 percent of Delta disadvantaged respondents said they did not know enough to have a strong opinion at this time” on the Tunnel project. The project is still in the planning stages even as preparation of the EIR proceeds, so this is not surprising; they want to see what the project actually is. DWR and their consultants seem to regard this as more of an opportunity than other realities from the survey results suggest. “Throughout the survey,” read one presentation slide, “respondents expressed their opposition to the project, including 71 percent of Delta disadvantaged respondents who commented that there are no benefits from the project for the Delta. So while they may not know a lot about this specific Tunnel project, Delta folks are deeply suspicious of it just the same.

This “opportunity” DWR takes as a challenge to develop better messaging about its Tunnel project despite finding that it will be a substantial uphill slog for them. So be it. This is DWR’s M.O. for the last forty-plus years.

“We Learned Important EJ Outreach Lessons” read another slide, including things that Restore the Delta told DWR back in 2014 when we first criticized DWR’s limp environmental justice outreach efforts—translating the survey into Spanish and Chinese “was helpful for survey participation. Many of these respondents had never participated in any Delta outreach.” This is great news in 2021, and we hope DWR will heed the lesson when it circulates the Draft EIR next year. They also claim to have developed relationships with community leaders and organizations crucial to outreach, and that these contacts boosted trust in the survey.

“Outreach to environmental justice community leaders to learn their communities’ concerns was our main purpose,” said Julie Birkhoff of Ag Innovations during Q&A at the end. The survey gave DWR “intelligence” about important contacts in the Delta community it lacked over a decade ago when preparing its lackluster EJ analysis of California WaterFix.

“Will the Delta Conveyance Tunnel project take account of ratepayer impacts to disadvantaged communities elsewhere?” asked Molly Culton, a Sierra Club organizer. DWR’s Buckman agreed that the Metropolitan Water District of Southern California would help pay costs of the project, but the draft EIR probably will not cover affordability issues in the EJ analysis. Affordability, she implied is not an environmental issue area required under the California Environmental Quality Act. She added, “We don’t have information or data to document that.”

So much for full disclosure of significant environmental justice impacts of the Tunnel.

Analysis in the EIR of environmental justice impacts—the potential for the Tunnel project to foist new or worsen existing environmental burdens on Delta environmental justice communities—will rely to some extent on other issue areas of the EIR for the EJ chapter. One slide in the recent webinar listed air quality, greenhouse gases, land use, socioeconomics, and “public involvement, consultation, and coordination” chapters would also be addressed in the EJ chapter. Astonishingly, this did not include water quality, which Restore the Delta picked up on, tweeting that DWR “is not considering water quality in its environmental justice study for the Tunnel EIR. Clearly, Delta EJ groups and California Tribes have been spitting in the wind working with DWR. @WadeCrowfoot @GavinNewsom and your department continue to fail EJ communities.”

DWR is not serious about Delta community benefits except to the extent DWR gets to build its precious Tunnel. DWR wants information it wants, not information it doesn’t want or care about. Ms. Taylor, a researcher with Ag Innovations, reported on one slide that “Respondents said the Delta needs: social services, homeless services, affordable quality housing, children and teen programs, and outdoor recreation.” If the Tunnel project is defeated, these needs will remain. Other needs for safe-to-eat fish from the Delta are apparent from “Your Delta, Your Voices” but will likely be ignored by DWR: Delta residents reported eating fish caught from Delta waters 4 or more times per week—fully 90 percent of all respondents, including 82 from severely disadvantaged communities rely on subsistence fishing for a substantial portion of their diets. That is about 90 fish meals per year, a high rate of fish consumption.

Will DWR rouse itself from its Tunnel obsession to ally with Delta EJ community leaders to meet these needs and protect water quality and Delta fish whether it gets the Tunnel or not? Their stated motives on environmental justice and community representation last night and in their May report say no. DWR’s efforts to show itself an ally to environmental justice communities are window-dressing, greenwashing.

In the meantime, our communities must gear up to fight a Tunnel project yet again starting next year.

Be the first to comment on "Essay: The window dressing of environmental justice in the state’s Delta tunnel planning"