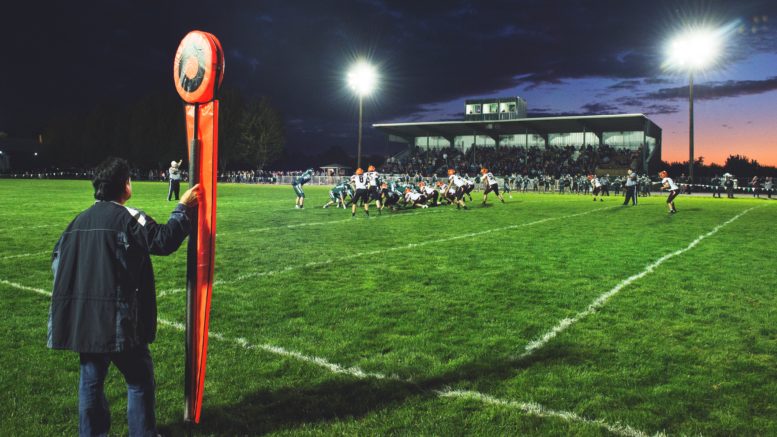 High school football has been on hold during the COVID-19 pandemic. (Photo by Tim Mossholder on Unsplash)

Editor’s note: The Sacramento County supervisor’s latest push is to restart school sports, but state officials beat her to the punch

Sue Frost, the chairperson of the Sacramento County Board of Supervisors, is continuing her crusade to lift COVID-19 safety rules faster than the county’s public health experts.

Tuesday, she persuaded fellow supervisors to pass a resolution for the county to join a statewide push urging the California Department of Public Health to issue new guidance to allow youth sports activities and competition in California “to resume immediately, with proper safety protocols in place.”

“Parents will be so excited that we’re behind them,” Frost said.

But Frost was beaten to the punch, partly.

Friday, state public health officials issued updated guidance that allows more youth and adult sports, including school competitions and community-sponsored programs, starting Feb. 26—but only in counties with daily case rates of 14 per 100,000 people or less.

That includes 27 counties, but not Sacramento County yet. Over the weekend, the county’s daily new case rate dropped to 12.9, but on Monday, Sacramento County Public Health clarified that it is following the adjusted rate on the state’s blueprint.

And as of Tuesday, Feb. 23, state public health officials put the county’s 7-day average rate at 15.3, a vast improvement from the 56.6 new case rate on Jan. 12 but still higher than the 14 or below needed to resume sports.

Olivia Kasirye, the county’s public health officer, told supervisors that the county could reach the 14 or below by next week. “It can’t happen immediately” under state guidelines, she said, but Public Health is already talking to coaches and others about sufficient testing.

At Supervisor Phil Serna’s suggestion, the word “immediately” was removed from the resolution after Frost didn’t object.

Under the new state guidelines, in counties with a daily case rate between 7 and 14 per 100,000, weekly testing will be required for participants 13 and older in outdoor, high-contact sports including football, rugby and water polo. Testing will not be mandated for outdoor, medium-contacts sports such as baseball and softball. Only immediate family members could attend games, and teams could only play teams in the same or neighboring counties.

Frost’s “Let Them Play” resolution argues that “re-engaging in sports with friends has both physical and psychological health benefits for children and adolescents.”

“Sports allow youth to improve their cardiovascular health, strength, body composition, and overall fitness,” it says. “Mentally, youth may experience benefitsfrom the increased socialization with friends and coaches as well as from the return to a more structured routine.”

She also includes links to several studies on lower transmission rates of the virus in sports than in the general community.

Supporters told supervisors that youths who can afford it are playing out of state, or are playing underground. Supervisor Rich Desmond said that the lack of sports is having a disproportionate impact on youths who need role models and guidance.

In public comments submitted in advance of Tuesday’s meeting, several parents urged supervisors to allow school sports and argued that it can be done safely, with COVID-19 protocols. Some said that should happen outside the state’s tier system, though the county does not have the authority to do that.

“The physical, social and emotional damage being done to the youth during this pandemic can be curbed if we Let Them Play what they love!” one parent wrote.

Let Them Play is a statewide group of parents and others that has delivered 12,000 letters to Gov. Gavin Newsom and sued school districts. Its private Facebook group boasts more than 60,000 members. Supervisors saw a video produced by the group.

On Feb. 19, Newsom announced that 10% of all the state’s vaccine doses will be set aside for teachers, other school workers and day care providers. Earlier, legislative leaders unveiled plans to provide more than $6 billion to reopen schools. The legislation would require schools in counties in the red tier or less restrictive tiers to open for kindergarteners through sixth graders.

So far, Frost has not been all that successful in her COVID-19 proposals.

On Jan. 26, she tried—but failed—to pass a resolution for more local control of COVID-19 rules, including different restrictions by zip code or smaller areas of the county.

Frost has been urging a faster reopening for months, arguing that the lockdown is causing unnecessary “pain and suffering” in areas without much coronavirus spread and that those resources could be shifted to needy communities.

She did help scuttle a proposal to start fining businesses that repeatedly violated public health rules.

There have been times, however, when Frost has veered awfully close to giving aid and comfort to the COVID-19 deniers who call into supervisors’ meetings, calling on them to end the “unconstitutional” lockdown, accusing them of overstating the crisis and threatening retribution at the ballot box.