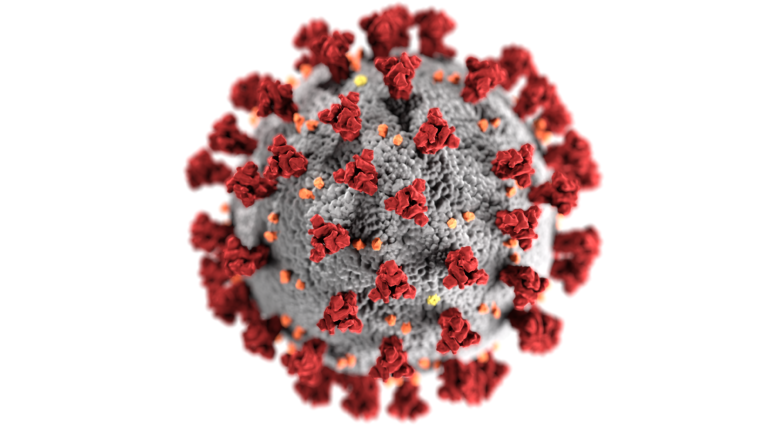 With no end in sight to the latest wave of coronavirus cases, Sacramento County supervisors were to consider to a strategy they have avoided during the nine-month pandemic—fining businesses and others that don’t comply with public health rules.

But Sacramento County Health Services Director Peter Beilenson announced that the ordinance will be delayed for at least one week and it will be rewritten to focus on gatherings and not on businesses.

“I think it’s the prudent thing to do,” said Supervisor Phil Serna.

Supervisors Sue Frost, Don Nottoli and Susan Peters said they prefer to drop the ordinance entirely. Frost opposes fining individuals, while Nottoli is holding out hope for the COVID-19 vaccine.

“I really think education is the answer,” Peters said.

But Supervisor Patrick Kennedy said he still wants to consider penalties. He said there are dangerous pop-up events. Beilenson said there was a recent party in Rio Linda with 400 people.

There had been immediate blowback from businesses that say they are dying, as well as members of the public who oppose the lockdown. The opposition continued in comments submitted in advance. And protestors forced supervisors to go into recess when they banged on the meeting chamber doors; they cheered when the ordinance was withdrawn.

Frost called it “an avalanche of public opposition the likes of which I have never before seen.”

“While I fully agree that we all have to do our part to get through this pandemic, I believe imposing severe fines on business owners who are trying to keep afloat is a horrible way to do it,” she told constituents in a newsletter sent soon after the ordinance was withdrawn.

Under the ordinance now on hold, in setting penalties, code enforcement officers would consider factors including the seriousness of the public health risk, previous citations, whether the business is making a good-faith effort to comply and whether the violation is boosting its bottom line. The updated version of the ordinance called for fines to be automatically doubled for multiple violations, up to the maximum.

Under the ordinance, code officers can give 24 to 72 hours for a business to fix the violation and avoid a penalty. Fines of $1,000 or more can be appealed.

County public health officials had said the fines are necessary because a “small but increasing number of businesses and activities” are disregarding public health orders. Officials say they have few options to deal with repeated violators.

“These violations present a serious and immediate risk to public health and safety, contributing greatly to the likelihood of a crisis that will cause many preventable illnesses and deaths,” according to the staff report.

Officials also argue it may take punishing some businesses to set an example, get the virus under control—and get out from under restrictions that are hurting all businesses. “Only in the case of egregious and/or repeated offenders will DHS cite and fine individuals and businesses who openly flaunt the rules,” they say in the staff report.

As an urgency ordinance to take effect immediately, it would require four of the five county supervisors to approve. If approved by only three supervisors, it would not go into effect for 30 days.

As of Nov. 21, the county has been under the state’s 10 p.m. to 5 a.m. curfew. And on Dec. 3, Gov. Gavin Newsom announced that the Sacramento region and others in California must go under a new stay-at-home order when ICU capacity falls below 15%.

On Dec. 9, the Sacramento region fell below that threshold, at 14.3%. That means the new stay-at-home order took effect at 11:59 p.m. Dec. 10 and will continue for at least three weeks.

Sacramento County Public Health issued a new order. Among the new restrictions, bars, barbershops and salons must close temporarily. Restaurants can only be open for takeout and delivery. And grocery and retail stores will have lower limits for customers inside.

Supervisor Kennedy said the fines are not excessive and would only be imposed in a “very targeted” way. While the emphasis is on education, the county needs another tool against the worst offenders, he said. “We need a carrot and a stick,” he said.

The ordinance was to go before supervisors on Nov. 17, but Beilenson asked that it be delayed until Dec. 8, citing “the need to vet the ordinance further.”

Also, supervisors received a letter from the Pacific Justice Institute arguing that the proposed ordinance gives too much power to county officials, creates excessive fines and takes away legal rights from businesses, churches and others who might be cited. The institute also points out that Gov. Gavin Newsom’s statewide emergency order in March for COVID-19 already makes violations a misdemeanor with a fine not to exceed $1,000, as long as six months in jail, or both.

At the Nov. 17 meeting, Beilenson told supervisors there are about 100 “bad actors,” including bars and gyms. And while restaurants get a lot of attention, only about 7% of coronavirus cases have happened in the food industry, he said. Private gatherings and nursing homes are far bigger causes of new cases.

The Downtown Sacramento Partnership, Midtown Association and R Street Partnership made that same point in a joint letter asking the state to allow restaurants to continue to operate indoors because during the winter “it will be impossible for restaurants to survive purely on outdoor seating.”

So far, the state has refused to make exceptions for restaurants, which first have to survive the new stay-at-home order.

The civil fines appear to be the best option for stricter enforcement because the Sacramento County Sheriff’s Office under Scott Jones declared again Nov. 19 it won’t be involved in public health. In a press release, Jones said his office said it will not be “determining compliance with, or enforcing compliance of, any health or emergency orders related to curfews, staying at home, Thanksgiving or other social gatherings inside or outside the home.”

That refusal is even though the sheriff’s office received federal COVID-19 relief money for salaries and benefits after promising it would be “substantially dedicated” to addressing the pandemic. In documents obtained by CapRadio, the sheriff said that sergeants and deputies would be responsible for educating the public and “breaking up gatherings.”

Beilenson has publicly criticized Jones for his stand, saying it has worsened the spread of coronavirus.

Jones, himself, tested positive for COVID-19 on Dec. 1, four days after experiencing symptoms following exposure to a sheriff’s staff who had tested positive.