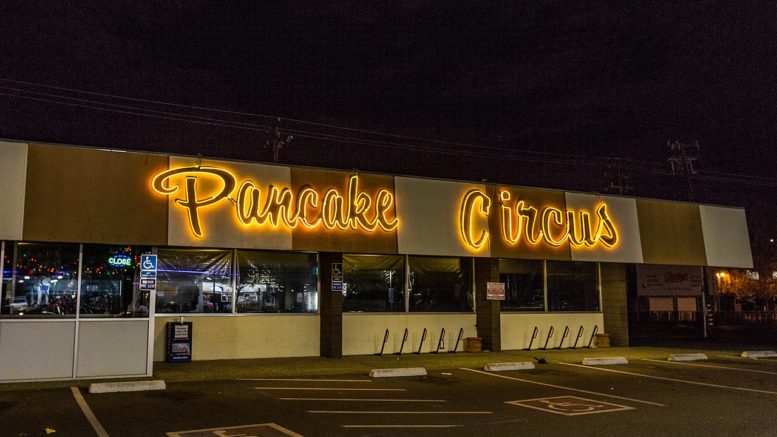 Like everything else in the world, SN&R was shaken by the COVID-19 shutdown. But just because we hit pause on printing papers doesn’t mean we stopped covering arts and culture.

Here are some updates on stories you may have missed since late March:

Saving a slice of Americana

Pancake Circus, the iconic diner/bigtop/kitsch museum on Broadway, was barely holding on after stay-at-home orders shuttered the dining room of this 60-year-old institution. Father and son co-owners Naren Muni and Nicholas Ruebel furloughed their full staff—some of them there for 30 years—and assumed kitchen duties for a small, but loyal takeout crowd.

Diners rallied in response to SN&R’s April 28 story, and business improved enough to bring back all staff. The owners have added a limited, Mexican-themed dinner menu as well. When Ruebel was notified that limited dine-in service would be allowed, the staff worked overnight to prepare the restaurant. While Ruebel says he would have loved to have seen lines out the door, he and the staff have been happy to see plenty of familiar faces back in the booths. (Lindsay Oxford)

Temple Coffee Roasters got into hot water with an April 15 email that—despite public health recommendations—told employees not to wear masks “as it violates the dress code.” The message leaked on social media and led to immediate outcry.

By the next morning, employee use of masks was deemed “optional” and Temple’s founder, Sean Kohmescher, announced he was “stepping aside.” As Temple and other coffee houses reopen, customers are strongly encouraged to wear masks, and Temple employees are all masked. (Steph Rodriguez)

The Ali Youssefi Project artist residencies began two years ago, following the death of their namesake, the developer and arts patron Ali Youssefi. Both Warehouse Artist Lofts and Verge Center for the Arts offer studio space as part of the project, but limitations on public gatherings prevented artists and the public from participating in open studios and other exhibitions.

Despite those restrictions, AYP resident artists Muzi Li Rowe and Vincent Pacheco spent months working on their projects. While Rowe is finishing her term as the Verge resident in September and Pacheco is leaving the studio, Justin Amrhein will begin his three-month stint in Pacheco’s place as the Warehouse resident. The Ali Youssefi Project is accepting applications through July 27 for future residency opportunities, and a group exhibition is tentatively scheduled for December at Verge Center for the Arts. (Patrick Hyun Wilson)