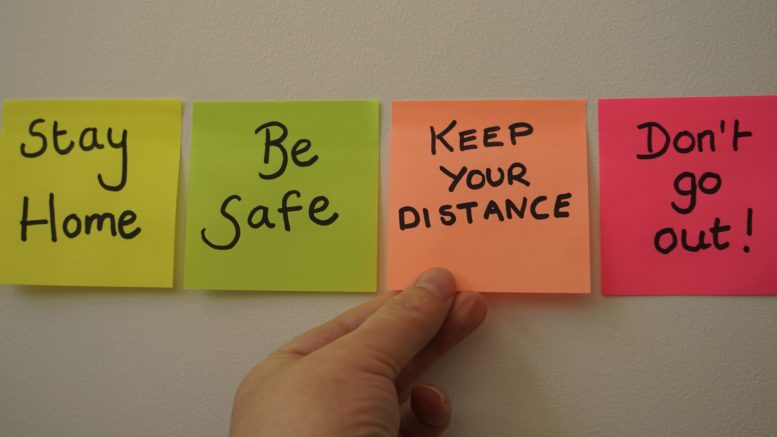 Photo by Sarah Kilian on Unsplash

Editor’s note: A new poll and public comments indicate growing distrust of local officials and opposition to the lockdown

Many of us have COVID-19 fatigue as the pandemic stretches into its eighth month.

The level of distrust and division is also rising. That’s being reflected in a new survey—and voiced, loudly, at recent Sacramento County Board of Supervisors meetings.

Even as supervisors get updates from public health officials about the need to continue wearing masks and taking other precautions to be able to reopen more businesses and to avoid a third deadly spike, some constituents are calling on them to end the “unconstitutional” lockdown, accusing them of completely overblowing the crisis and threatening retribution at the ballot box and otherwise.

During the Oct. 20 meeting, one caller said COVID-19 is not a pandemic, criticized county public health officials and said the county should be listening instead to Scott Atlas, the California radiologist brought in as a White House coronavirus adviser by President Trump. Atlas has been promoting “herd immunity,” which calls for allowing coronavirus to spread through the general population, while protecting the elderly and vulnerable. Public health experts say without an effective vaccine, that would lead to hundreds of thousands of unnecessary deaths.

Another caller said the county’s pandemic response is all about seeking federal grants, which she called “blood money” because of closed businesses and damage to children’s development. “Isolation also kills,” she added.

Others submitted written comments, including an Arden Arcade resident who said: “This is a continuous step towards socialism, which I indeed oppose. We are a free society. Reopen our county. Reopen our state.”

A Rosemont resident called for ending the COVID “madness.” “Suicide rates, and domestic violence rates have skyrocketed. Countless jobs have been lost, or seriously impacted, including my own,” he wrote.

Several pointed to neighboring Placer County, where supervisors ended the state of emergency in September. Placer has lower COVID numbers and that move prompted its public health officer to quit.

And many echoed talking points from the president, who continues to downplay the pandemic and insist that the nation is rounding the curve. Several commenters also spread misinformation about COVID-19, including that children don’t get seriously ill.

But he and other local officials have to convince an increasingly split and skeptical population.

A new poll by Valley Vision and CapRadio found growing dissatisfaction with local governments, as well as media and businesses, among residents of the eight-county Sacramento region.

In the survey, 40% of respondents rated local governments’ response to the pandemic as very poor or inadequate, up from 26% in a May poll. That negative rating is even higher, 47%, for state government. But that’s not as bad as the 63% who said so of the federal government.

The new poll also reinforces partisan differences: 59% of Democrats gave local government positive marks, but only 48% of Republicans did.

And while 90% of Democrats said COVID-19 continues to threaten the entire population and we need to stay focused on stopping coronavirus from spreading no matter what it takes, only 49% of Republicans did.

The survey, conducted Sept. 4-18, found that residents are struggling more than in a similar survey done in May. It also revealed evidence of fatigue, including declines in emotional resilience and in some precautions.

A city of Sacramento survey of residents and businesses also demonstrated the wide and deep impact of the pandemic, the lockdown and the recession.

Be the first to comment on "COVID fatigue and division"