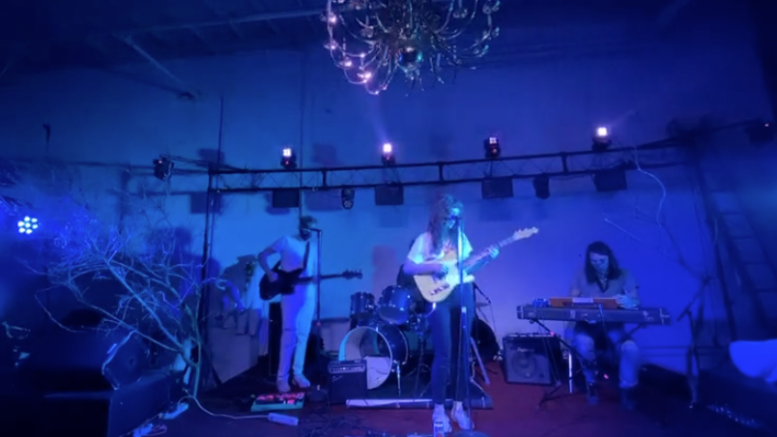 Essay: The COVID-19 pandemic ended live concerts. Live streams just aren’t the same, especially when no one is watching.

“I miss live shows” is the phrase I hear most often, if you don’t count “wear a mask.”

My first sign that something was wrong, that this pandemic was going to be significant, involved a live show. I’d been trying to pin down an interview time with a touring band, one I was genuinely excited to see. After a good email back-and-forth in early March, things went quiet for a bit. I bugged them again.

At the time I’d only heard of coronavirus as something in small pockets overseas, something easily contained.

But then cases started popping up in the U.S., more quickly and in larger numbers than I had imagined. I mean, I hadn’t really imagined a pandemic at all.

Then, as I was writing SN&R’s spring arts preview, activities were canceled as quickly as I wrote about them. A paragraph written, then deleted.

I miss live shows, too. There are some things I don’t miss—bar and bathroom lines, the social anxiety while the next band sets up, the entire evening seemingly a love song to spitting in the face of punctuality.

Venues closed, abruptly, leaving no place to perform other than house shows.

Yeah, there are still house shows going on, risky places to be when social distance sorta melts away after a few drinks. I see them in my Instagram stories and mute them, but only after scanning the videos for people I won’t trust and bands I’ll silently boycott when we’re all on the other side of this.

I’ve written about plenty of live streams in the nearly eight months since venues closed: Norcal Noisefest, Shelterfest, portions of Chalk It Up!. And earlier this week, I wrote about tonight’s B Street Theatre live ode to the slasher genre.

I’ve watched performances on Zoom, I’ve watched them on websites and I’ve watched them on Facebook and Instagram Live. That last pairing can be a little depressing as you see the icon in the top right, telling you how many people are tuning in at any given moment. I remember watching an acquaintance’s set, doing the math and realizing that the only ones watching were the two people involved in the setup, another lone stranger and me. Oof.

As creative as pre-recorded material can be, I still prefer live performance, even when those numbers on Instagram Live decline.

I’ve watched live performances streamed from popular comedians’ bedrooms and kitchens, and I’ve watched touring musicians playing solo in empty theaters. The distance is most often depressing more than it’s entertaining, performers leaning into laptops and mics, apologizing for not being used to performing without audience response.

On occasion there will be a standout, though—a song I didn’t expect, as I sing along, loudly and gloriously off-key as my dogs look at me, confounded.

And then there are the smaller shows, slowly building in number, streamed multi-band shows that I can watch without hyperventilating and mentally adding to my do-not-support list. Some are filmed on iPhones under overpasses, bands masked and small audiences (often just the other bands) standing far apart. I’ve even watched indoor shows, with bands masked and distanced, as the clapping between songs bounces and echoes through a nearly-empty room.

It’s not something I want forever. I want to be accidentally elbowed in the ribs in a packed-tight room that smells of sweat and spilled beer. I want to document bathroom graffiti with photos texted to my friends. I want to bored by seeing the same local band too often, opening for a touring band I’ve never seen.

Until then, the streams continue. I’ll keep watching. If there’s a virtual tip jar, I’ll pitch in. But please, do your part to get us back to packed, loud rooms full of bad beer. Keep wearing your mask.

You know George Floyd’s name. Should you know Reggie Payne’s?

Be the first to comment on "What’s the sound of the other band clapping?"