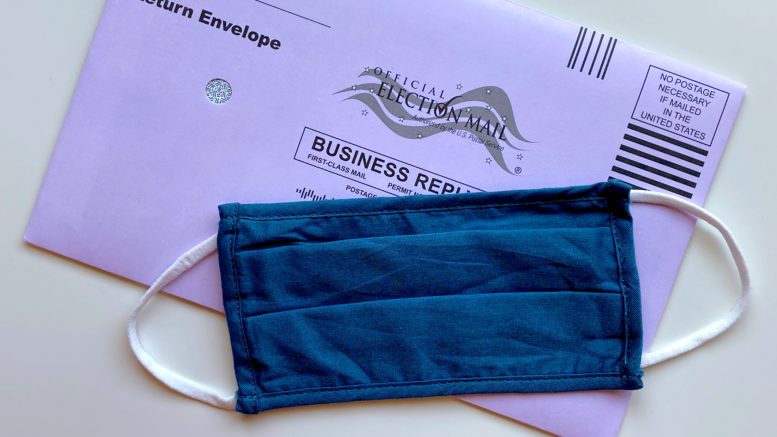 Photo by Tiffany Tertipes on Unsplash

Measure A is nothing more than a racist misogynistic power play because they are threatened by progressive people of color. Vote to reject the subtle yet clear racism and misogyny displayed by the elected officials that are promoting division in Sacramento comparable to Trump.

It’s written in very plain language in the text of the measure that the term limit would only apply to future mayors. Not sure how this is a surprise to anyone.

Re: “One of Sacramento’s biggest philanthropists is secretly a Republican megadonor” by Raheem Hosseini (News, Oct. 29):

Thank you for exposing him.

As a former director on the SMUD board (1987-1997), I am writing to express my support for Fatima Malik for SMUD Ward 5. SMUD needs new leadership on its board to shake it out of its complacency. It is not sufficient to simply compare SMUD to PG&E and be satisfied that SMUD is better. SMUD needs to do much more to address the climate crisis that is upon us and to correct inequities in its current rate structure.

It is embarrassing that after being an early leader in developing solar energy SMUD is lagging the rest of the state. What is worse is that a year ago SMUD was prepared to adopt a discriminatory charge on homeowners who invest in solar.

Re: “More people are trying to kill themselves inside Sacramento jail” by Raheem Hosseini (News, Oct. 19):

Great job by Decarcerate Sacramento and others in elevating these tragic statistics.

It will never go away. We are ready to move on with our lives.

While the COVID-19 pandemic continues to upend our lives, one thing has become clear: Many minority-owned small businesses and the local economies they support would not be functioning without support from digital technologies. And as the pandemic continues to disproportionately impact the Asian business community, lawmakers in Sacramento and Washington must come to recognize the value these technologies are delivering for their constituents every day.

The ability to communicate with customers and employees virtually, scale product sales online and even leverage delivery service platforms has kept lights on and employees on the payroll.

Unfortunately, recent moves from Washington—including a lawsuit from the Justice Department announced this month against Google—simply do not reflect the priorities of the small business community. We need to continue encouraging the digital platforms that have kept Asian-owned businesses alive today, not levy misguided legal attacks on the platforms themselves.

A joy to work with

Sarah trained me when I worked at SN&R, and she was such a joy to work along side. This is sad news. Sending prayers to her family.

I don’t know what to say. I remember our time as colleagues fondly and I hope that she is at peace. What a loss.

Be the first to comment on "Letters: Election, megadonor, COVID19, jail suicides"