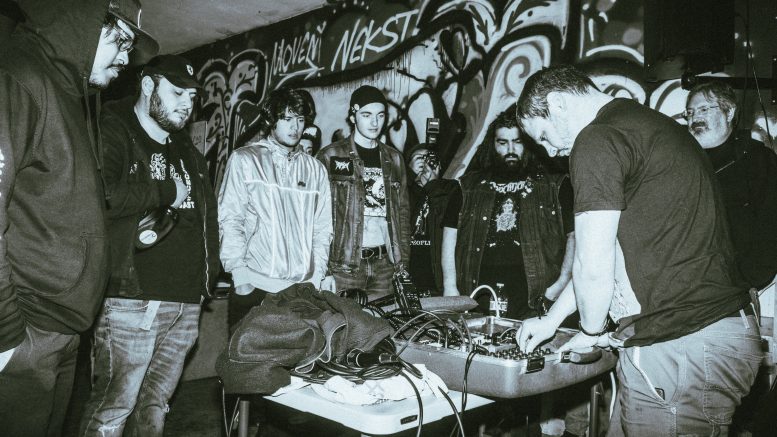 If you’re a regular attendee of Sacramento’s monthly noise-brunch, Audio Waffle, you’re well aware that Norcal Noisefest begins Friday night and continues through Sunday evening. If you’re not, you may be asking yourself: “What’s a noisefest?”

Both are reasons to check out Norcal Noisefest, Sacramento’s long-running experimental music festival, this year completely online and completely free via its YouTube channel. For 24 years, noise performers from Sacramento and the surrounding area—along with a few out-of-town acts—have come together for a three-day festival that’s both performance art and literal cacophony.

For the uninitiated, experimental music is a broad term for any form of music (or, famously, silence) that pushes the boundaries of traditional composition. One of its subgenres is noise, itself full of subgenres and many, many rabbit holes to go down as you explore. This weekend is a perfect time to go down one of those rabbit holes.

But yes, to be reductive, at its core noise is…noisy.

“You may fall in love with it. And/or you may be offended by it,” says Andrew Wayne, point person for the fest’s technical and streaming elements. “But you know you’ll always come out of it with a story, see someone be turning something into a musical instrument that he didn’t think was possible.”

Wayne’s own project, Chopstick, is among the 70-plus performers this year.

Pandemic restrictions have caused Noisefest to switch things up a bit, mostly relying on pre-recorded performances mixed with a handful of live feeds through the Noisefest stream . The silver lining is that the remote nature of the performances allows for an even more geographically diverse lineup, including performers from across the U.S., as well as Greece, Italy, Brazil and Japan.

For an experimental genre, the festival’s new virtual format has allowed some performers to expand the possibilities of their sound and visual components. LOB (who also works for SN&R in distribution), whose project Instagon has performed at all 24 Noisefests, says he’s excited about the adjustment to his own set. While originally reluctant to go online, his experiences with Audio Waffles during the pandemic have made him less hesitant.

“Everyone’s done these awesome, amazing exclusive-content videos that we’re going to broadcast for the first time anywhere,” he said.

Be the first to comment on "This year, NorCal Noisefest is completely online and free. Tune in this weekend."