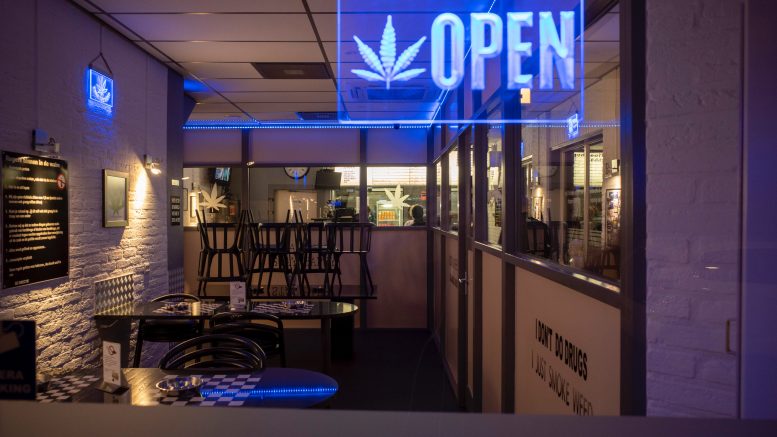 Photo by Martijn Baudoin on Unsplash

After 50 years, Congress gets serious about changing the law, but won’t vote before the election

A historic vote in the U.S. House on the federal legalization of cannabis has been delayed until after the Nov. 3 election.

House Resolution 3884, also known as the Marijuana Opportunity, Reinvestment and Expungement (MORE) Act, had been scheduled for a floor vote in late September. Introduced in 2019 by Rep. Jerry Nadler of New York, the MORE Act removes cannabis from a federal list of illegal drugs, creates a mechanism for expunging past cannabis convictions and offers assistance to traditionally shut-out entrepreneurs seeking to enter the industry.

While the bill has bipartisan support and was expected to pass, Majority Leader Steny Hoyer told reporters that with so little time left in the legislative session, other issues were more important.

A recent survey conducted by the Justice Collaborative Institute found that 59% of Americans support the MORE Act, whereas only 20% oppose the bill.

When President Nixon signed the Controlled Substances Act of 1970, cannabis was put on the list of Schedule 1 drugs, those with no accepted medical uses, but a high potential for abuse. By removing cannabis from the same classification as LSD and heroin, the MORE Act allows state and local governments to establish their own cannabis policies in a manner similar to alcohol regulation.

“The MORE Act is a huge step in the right direction and has the potential to help right many wrongs that have occurred over the last several decades in the war on drugs,” said Manndie Tingler, co-owner of Sacramento’s Khemia Manufacturing and a board member of the National Cannabis Industry Association.

By imposing a federal cannabis tax of 5%, the MORE Act would also create an “opportunity trust fund” to support those who have been hurt by the “war on drugs” with grants for job training, reentry services, legal aid, literacy programs, substance abuse treatment, health education and youth mentoring.

“The MORE Act is a huge step in the right direction, and has the potential to help right many wrongs that have occurred over the last several decades in the war on drugs.”

Another important provision of the MORE Act is to give legal cannabis businesses access to banking services and Small Business Administration loans and also allow businesses to deduct normal operating expenses from their taxes.

The MORE Act will treat cannabis more like other businesses. “Not only will it encourage financial institutions to move in that direction, it will also take care of other issues, such as not having access to major credit cards,” said Sundie Seefried, CEO of Safe Harbor Banking, a subsidiary of Partner Credit Union in Denver.

Seefried manages more than 500 cannabis business accounts worth more than $3 billion, including several multi-state operators. “California is a great market,” she said.

While most House Democrats support the MORE Act, including all Sacramento-area representatives, the floor vote was likely delayed until after the election to take pressure off moderate Democrats from more conservative districts whose constituents may not favor cannabis legalization.

House support is being called “bipartisan” because of backing from three Republicans, including Tom McClintock, whose district includes El Dorado, Placer and other foothill counties. In early September, McClintock told Politico, “With respect to timing, I do find it ironic that the only small businesses the Democrats seem to be worried about is cannabis shops, but I would support this bill whenever it is brought to a vote.”

But if it passes the House, the bill has no chance of even coming up for a vote in the Senate under the current Republican leadership. If Democrats win a Senate majority in November, however, that dynamic immediately changes in the next Congress. Sen. Kamala Harris of California, the Democratic vice presidential nominee, has already introduced the Senate version, which has seven co-sponsors.

Could cannabis be legalized on the federal level in 2021?

“I don’t have a great deal of confidence,” said Seefried. “But six years ago they were laughing us out of the room, didn’t want to talk about legislation. Now, they’re voting on federal legality.”

“I see it as a social justice issue and I am hopeful the Senate will, too, especially given the current climate in our country around social justice movements,” said Tingler. “It would show good faith on the part of the Senate toward righting generational wrongs.”

Down on the farm