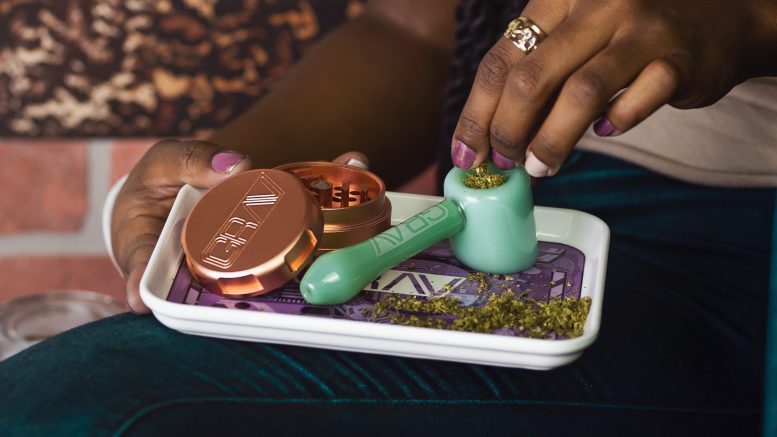 Photo by Grav on Unsplash

In the new legal cannabis world, arrests are still higher and opportunities fewer for Blacks

Anyone wanting to argue that systematic racism exists in the United States could start by discussing African Americans and cannabis.

While the popularity of the drug among Blacks goes back more than a century, so do the disproportionate number of arrests and stereotypes. Now, white-owned multi-state corporations are expanding their grip on the legal cannabis industry, as Black entrepreneurs struggle.

In the post-George Floyd era, it time to ask why Blacks and people of color pay a higher cost than whites for their love of cannabis, while reaping less of its financial rewards.

How the words “marijuana” and “black” are used: While many consider “cannabis” and “marijuana” to be interchangeable, they are not. “Cannabis” has Greek and Latin roots and was first described in the 1850 United States Pharmacopoeia as a commonly used ingredient in sleep remedies.

But during the 1930s, “cannabis” was systematically replaced by “marijuana,” which was used to discriminate against its main users, people of color.”

Harry Anslinger, the first chief of the Federal Bureau of Narcotics, campaigned against the drug and Mexicans, whom he blamed for spreading its popularity. Cannabis was also used by Black jazz musicians, including stars such as Louis Armstrong, and was even being sung about in slang by Cab Calloway (“Reefer Man”), Ella Fitzgerald (“When I get Low, I get High”) and other Black recording artists.

By the time the Marijuana Tax Act of 1937 was signed by President Roosevelt, “marijuana” had completely replaced “cannabis” as the accepted word. Neither the beatniks in the 1950s, nor the hippies in the 1960s, who both discovered cannabis for their own subculture, ever considered the negative stigma behind saying “marijuana.” But the word was deliberately downgraded in the 1990s, when legalization advocates worked to make ‘cannabis” the accepted public term again.

“Black” is also a loaded term in the vocabulary of cannabis, when used to describe something illegal. At a 2019 Sacramento panel discussion on social equity programs, a woman in the audience stood up and asked everyone to stop using the term “black market,” and substitute it with “illicit market.” Her argument was that the word “black” had subliminal overtones that prejudice the very subject of Black cannabis business ownership.

The panel immediately agreed. “It’s not even an illicit market. It’s just unregulated, and that was once our market,” said panelist Kimberly Cargile, owner of A Therapeutic Alternative dispensary. “[Blacks] are entrepreneurs, not criminals.”

African Americans are significantly more likely to be arrested for cannabis than whites, according to a 2020 study conducted by the American Civil Liberties Union. The study found that it doesn’t matter whether cannabis is illegal, legalized, decriminalized. “At the county level, there are places where Black people are more than 20, 30, 40, or even 50 times more likely to be arrested than white people,” the study said.

In Sacramento County, Blacks made up 31% of all cannabis arrests, but represented only 10% of the population, according to a Public Health Advocates study of pre-Proposition 64 arrests from 2013 to 2016,

“While research shows that white people are just as likely to use marijuana as black people, the staggering level of variation in marijuana arrests by race is extremely disturbing,” said co-author Flojaune Cofer of Public Health Advocates.

Sniff and search tactics: One reason for the high arrest rate may be a commonly-used policy called “sniff-and-search,” which is exempt from the Fourth Amendment rights against illegal search and seizure and which lets police officers search a vehicle based on their own ability to detect the smell of cannabis, therefore establishing “probable cause.”

Not only does sniff-and-search rely on subjective conclusions by the officer, the policy does not distinguish between cannabis versus legal CBD and hemp, which all smell alike. Recently, some court cases have questioned the policy.

Prosecutors are beginning to make the distinction as well. In a 2020 directive e-mailed to his colleagues, Florida State Attorney Bruce Colton wrote, “Until labs are set up to distinguish between hemp and pot, officers should not make a probable cause arrest for a cannabis-related offense.”

“While research shows that white people are just as likely to use marijuana as black people, the staggering level of variation in marijuana arrests by race is extremely disturbing.”

In Portland, voters in 2016 allowed pot revenues to fund public safety, drug and alcohol treatment programs, and to support small neighborhood businesses. But a 2019 audit showed that 79% of that tax revenue went to the police department for traffic safety and enforcement of existing cannabis laws, while only 5% went to drug and alcohol treatment.

“It is outrageous that in a city like Portland we are funding the disruption of our own communities with money meant to uplift us,” said Rachel Knox, chairwoman of the Oregon Cannabis Commission.

“The war on drugs has been a profitable one for law enforcement, and its legalization diminishes this,” she told SN&R. “Arguably, equity and community restoration budgets should match or exceed law enforcement budgets.”

One answer: social equity programs: The stigma, the arrests, the institutional roadblocks all add up to another rigged system for African Americans.

Social equity programs are supposed to assist individuals from underrepresented groups, or with prior cannabis convictions, who are trying to start a cannabis business. License fees and some overhead costs are temporarily waived, giving the new business time to establish a foothold in the legal market.

“This industry cannot be built with just multi-state operators, owning all of the supply and being white-run, as it is now,” said C.J. Wallace, son of the late rapper Notorious B.I.G., who co-founded a socially active cannabis business, Think BIG

Wallace grew up around cannabis, both as an artistic tool for his recording artist parents, and a medicine for his autistic brother, Ryder.

“We want to honor all of the pain and creativity that cannabis and Black culture have given us,” said Wallace. “But also embrace it and think about the triumph we’ve had. That’s what we want to celebrate.”

“The city remains committed to helping to correct historic inequities present in the legal cannabis industry by creating a pathway for business ownership by social equity members,” said Davina Smith, Sacramento’s cannabis program director. “The mandate of the city’s CORE program has never been more clear and its mission more vital.”

The Crystal Nugs delivery service, which has already been helped by the program, plans to apply and enter the lottery for one of the five walk-in dispensary licenses the city will offer later this year

“I think the city understands the need for social equity in the industry,” said co-owner Maisha Bahati.

Be the first to comment on "African Americans and cannabis"