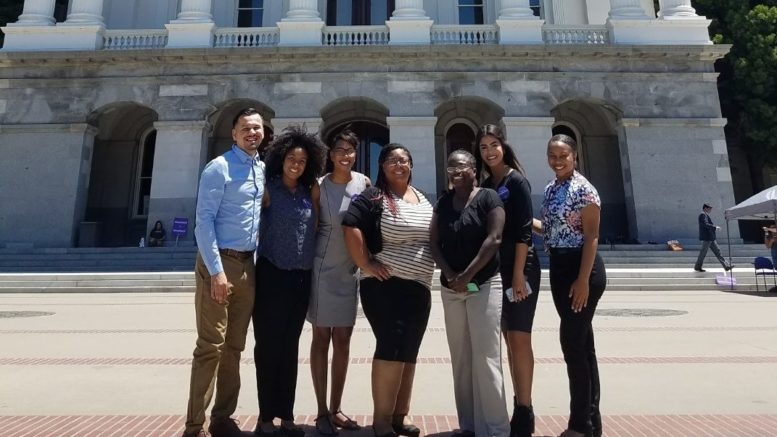 How can struggling millennials do better? Vote

You don’t control the life you’re born into—your family, your country and also your generation.

I feel lucky to be born at the tail end of the Baby Boom (birth years 1946-64). I never had to fear getting drafted to fight in a war. I have lived through a time of relative peace and prosperity, plus mind-blowing advances in technology.

So I feel badly for millennials—born 1981 to 1996—who are overtaking the Boomers as America’s largest generation of adults.

Because of their timing, many millennials entered the workforce during the Great Recession when good jobs were scarce. Some have never recovered. One recent study said that half of even high-income millennials—singles making at least $100,000 a year—are so deeply scarred that they fear they won’t be able to save enough to retire.

A report by Young Invincibles, a national advocacy group for people between 18 and 34, concluded that in California, the recession hit millennials the hardest and longest of any age group.

California has the most millennials by far, an estimated 10 million, and Sacramento is a hot destination. According to a 2018 study, the city had a net increase of 6,680, behind only Seattle and Columbia, S.C. But some of those who grew up here are stuck in the local affordable housing crisis. An analysis by the online real estate company Zillow in May suggested that nearly one-fourth of Sac millennials are living with their parents.

Now some experts warn that millennials could really get hammered in the next economic downturn because as a group, they’re burdened by high student debt, have been unable to buy homes—a key path to building wealth—and are in their prime career-building years.

Add it all up and millennials could very well be the first generation in modern American history to be worse off than their parents.

So what are millennials to do, other than make #MillennialRetirementPlans jokes on Twitter?

Kristin McGuire, Western regional director for Young Invincibles, said her key message is: Get involved in their communities.

“Young people can be a part of the process,” she said.

That includes preparing to be leaders themselves and also electing people who understand their particular problems and who promise to actually address them.

Millennials are now the second biggest generation in the electorate, behind only Baby Boomers. But a Public Policy Institute of California study this year suggests that millennials are less likely to register and vote than older Californians.

While 59% of millennials are registered, 79% of Baby Boomers are. And while Boomers make up 38% of the state’s likely voters, millennials account for only 20%. Politicians are going to cater more to the generation with more votes.

To increase participation by young adults, Young Invincibles helped push two bills through the Legislature this past session. Assembly Bill 59 will require counties holding all mail-ballot elections to consider putting vote centers on college campuses, while AB 963 will require campuses to have a civic and voter empowerment coordinator.

Gov. Gavin Newsom signed these bills into law on Oct. 8, so it will be easier for college-age millennials to get to the polls. If enough millennials in swing states register and vote in 2020, they might just determine our next president. And if millennials flex their political power, maybe their generation will be better off.

Be the first to comment on "Editor’s note: My generation"