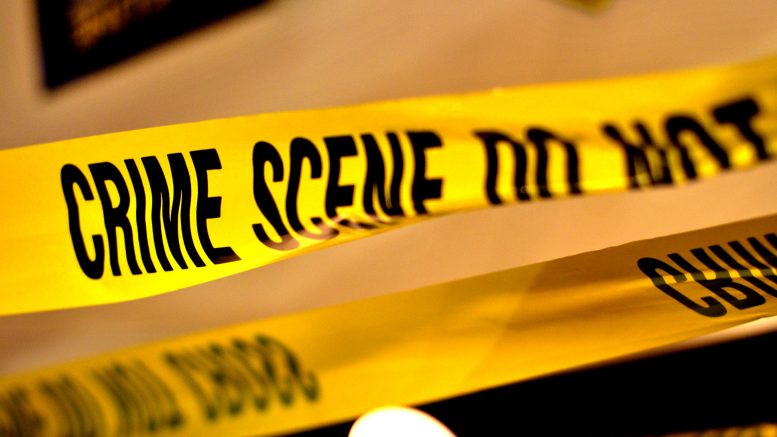 Editor’s note: Violence is up during the pandemic and police reform protests

America’s cities have been hammered by twin crises—first the COVID-19 pandemic and then the unrest over police violence.

So far in this unprecedented time, Sacramento is mostly tracking other major cities in crime trends.

A new study from the nonpartisan Council on Criminal Justice looked at 11 offenses in 27 cities during the pandemic that started in mid-March and the protests sparked by the May 25 police killing of George Floyd.

Residential burglaries, larcenies and drug offenses fell significantly while businesses were closed and people were staying at home, says the council’s National Commission on COVID-19 and Criminal Justice.

In Sacramento, larcenies dropped by 11.5% from January through June, compared to the same period in 2019, according to Police Department statistics.

Commercial burglaries, however, jumped in late May, during the looting of businesses and property damage that accompanied some protests. In Sacramento, burglaries are up 9.6% in the first six months of 2020.

While robberies have increased nationwide during the pandemic, the numbers are down by 15% so far this year in Sacramento.

And most worrisome, there has been a spike in violent crimes, specifically homicides and aggravated assaults. Nationwide, homicides increased by 37% from late May through June, led by Chicago, Milwaukee and Philadelphia, and assaults by 35%, with the biggest increases in Chicago, Detroit, Louisville and Nashville.

In Sacramento through June, homicides are up 28% and aggravated assaults increased by 19% compared to the first half of 2019.

But Sacramento’s violent crime surge hasn’t been nearly as bad as some larger cities, especially Chicago, where it’s common to have dozens of shootings each weekend. Last weekend, there were 64, including five fatalities.

The study’s authors say while the increase in violent crimes coincides with the protests over Floyd’s death, most of the violence was not linked to the demonstrations and there’s “no simple connection between protests against police brutality and violent crime.”

Still, they also note that a similar spike in violent crime happened in 2015 and 2016 after the protests over the police killings of Michael Brown in Ferguson, Mo., Freddie Gray in Baltimore and Laquan McDonald in Chicago. Some analysts call it the “Ferguson effect;” they theorize that police pull back at the same time there’s less trust in law enforcement, particularly in disadvantaged communities of color. So more people engage in “street justice” to settle disputes.

The study says that several evidence-based strategies are available to stem violence, including focusing police response on crime hot spots and the relatively few people responsible for a disproportionate amount of crime, as well as community and social services programs.

Sacramento police blame part of the violent crime spike here on gangs, so on July 28, the City Council approved a $2 million contract with the Black Child Legacy Campaign—$1.5 million for prevention, intervention and disruption efforts, plus $500,000 for youth workforce and economic development.

In 2020, the pandemic is another complication. The study’s authors say COVID-19 has infected the ranks of police departments, which is slowing investigations. Meanwhile, witnesses may not be coming forward due to the coronavirus, as well as greater distrust of police. A Gallup poll released Aug. 12 says confidence in law enforcement has fallen to the lowest level in 27 years, with just 48% having a positive view, compared to a high of 64% in 2004.

“Subduing the COVID-19 epidemic is also a necessary condition for halting the rise in violence. The police, public health, and community approaches to violence reduction require that people meet face-to-face; they cannot be replaced by Zoom.”

It’s unclear whether the troubling crime numbers are a blip or the start of a longer-term trend.

But they do make clear the immense challenges for local leaders in trying to both get the coronavirus under control and rebuild public trust in police with real and lasting changes.

Sacramento, like most of California, is still fighting a second surge of COVID-19. The council has approved a new inspector general to review police shootings and a new Office of Community Response to eventually handle non-criminal 911 calls. That hasn’t satisfied activists, still angry and disappointed by the lack of fundamental changes since the police killing of Stephon Clark in 2018.

“Subduing the COVID-19 epidemic is also a necessary condition for halting the rise in violence,” the study’s authors say. “The police, public health, and community approaches to violence reduction require that people meet face-to-face; they cannot be replaced by Zoom.”

Be the first to comment on "COVID and crime"