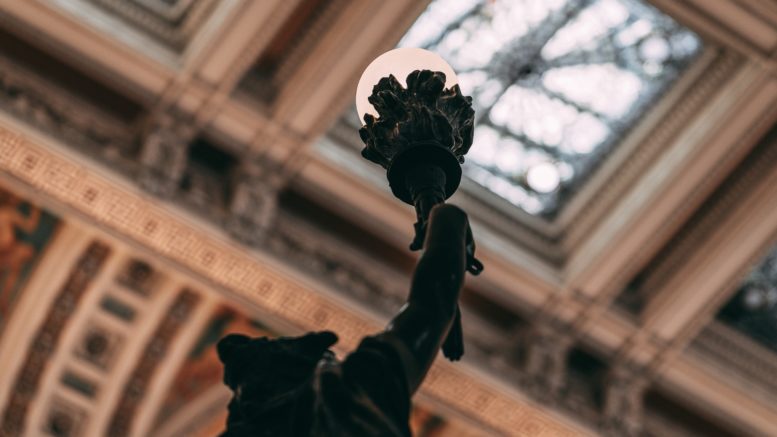 What do the right-leaning Heritage Foundation and progressive ACLU have in common? Both say the practice of civil asset forfeiture is a growing threat to the public’s constitutional rights.

Asset forfeiture is shorthand for police seizing property and cash for themselves, even when the owner isn’t charged with an offense.

California recently passed a bill to rein in asset forfeiture, but plenty of law enforcement agencies still rely on confiscating houses, vehicles and money clips to nab extra revenue for their budgetary wish lists. And the Sacramento Police Department is no exception, announcing last week it’s planning more than $600,000 in asset forfeiture spending.

The department also acknowledged, however, that the state’s new law and a bipartisan congressional movement against forfeiture could mean it will be getting less of the embattled funds down the road.

The city’s Budget and Audit Committee received a February 7 update on its asset forfeiture account from interim police Chief Brian Louie, who was seeking approval to spend $417,000 toward purchasing a new helicopter. Louie said his department has $677,000 in asset forfeiture money available, and would also allocate $122,000 of it to anti- gang and drug programs and $104,000 on technology and equipment needs.

Council members will take a final vote on Louie’s proposal later this month. Whether the police department will enjoy that level of surplus spending in the future is in question.

Last year, Gov. Jerry Brown signed Senate Bill 443, which requires that someone be convicted of a crime in most cases before California law enforcement can seize their assets. Local police chiefs and sheriffs also get a large amount of asset forfeiture funds from a federal “equitable sharing program,” and SB 443 limited local agencies from accessing that money in instances where a person hasn’t been convicted of a crime.

A Washington Post investigation found that federal authorities collected $5 billion in cash and property in 2014 alone—a figure that included numerous instances where owners were never charged with a crime, let alone convicted of one. Media outlets from Nevada to Pennsylvania have since produced stories of residents getting cash and property seized on patently false assumptions or the flimsiest of suspicions, only to face a complicated and cost-prohibitive legal battle for their belongings to be returned.

Sacramento defense attorney Mark Reichel has handled several cases of people who mistakenly thought they’d get a better price at a car dealership if they showed up with cash, only to have law enforcement pull them over and accuse them of dealing drugs before seizing all of their money.

“It was crazy,” Reichel said. “We’re talking about instances when people had maybe $8,000 to $12,000 on their way to car lot. … It became a major revenue source for law enforcement, and also a powerful way for individual officers to advance. When they interviewed for a promotion, it was no longer a question of, ’Did you capture the bad guys?’ but, ’What was your total net for seizures last year?’”

Concerns about asset forfeiture have reached Washington, D.C., with Sens. Charles Grassley and Patrick Leahy co-authoring the Due Process Act, which establishes a more rigorous burden of proof for federal law enforcement to seize a suspect’s property. Additionally, it would reimburse legal fees for individuals who haven’t been convicted of a crime but have had their money and items taken.

Jason Snead and John Malcolm, analysts for The Heritage Foundation, a conservative think tank, wrote in June that the Due Process Act is a good first step that needs more teeth.

“It does not tackle two of the most perverse aspects of forfeiture law: the financial incentives that underlie modern civil forfeiture practices and the profit sharing,” the authors wrote. “Under federal law, 100 percent of the proceeds of successful forfeitures are retained by the federal law enforcement organization that executed the seizure. This money is available to be spent by these agencies without congressional oversight, meaning they can—and do—self-finance.”

Yet not all Republicans share this concern. On the same day Sacramento’s Budget and Audit Committee was considering civil asset forfeiture spending on a helicopter, President Donald Trump met with sheriffs from across the nation, joking about “destroying” the career of a conservative Texas senator who’s working on forfeiture reform. Newly sworn-in U.S. Attorney General Jeff Sessions is also a vocal supporter of civil asset forfeiture.

Nevertheless, even if the Due Process Act dies, California’s SB 443 will affect revenue flows.

“It is hard to say what the impact will be,” Sacramento police Sgt. Bryce Heinlein, a department spokesman, told SN&R in an email. “The amounts vary year to year, based on the size and number of seizures. The laws very well could have an impact, but it would be impossible for us to provide an estimate.”

Councilwoman Angelique Ashby said that, while she thinks the city is careful about its use of asset forfeiture funds, there is no question the money stirs discomfort with some in the community.

“The council has raised a lot questions about it over the years,” Ashby told SN&R. “It has been controversial here in Sacramento, too. As far as the future, these are funds we never use for ongoing programs.”

Seize and spend: A California Republican is battling the Trump administration over asset forfeiture

Be the first to comment on "Guilt by appropriation: Asset forfeiture law may restrict Sacramento police’s ability to seize and spend"