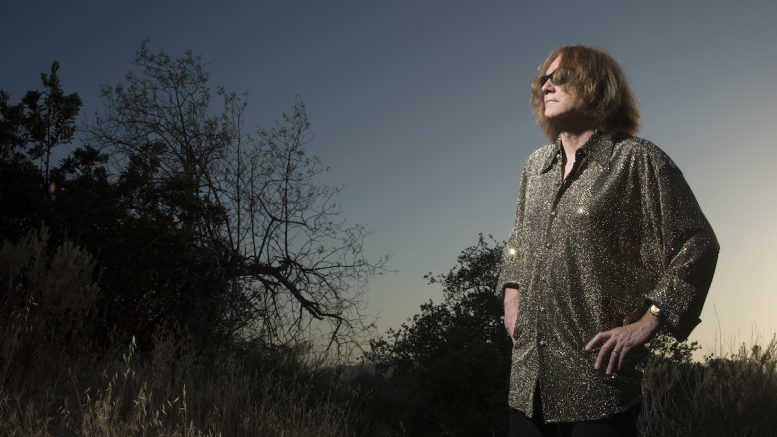 Joshua’s House Hospice, a nonprofit offering hospice care to terminally ill unhoused Sacramentans, will soon receive the proceeds of a unique fundraiser by Sacramento musician Danny Schneider. Schneider’s latest album, On the Other Side of the Window, is limited to 100 vinyl records, priced at $100 each. With the potential to raise $10,000, SN&R asked Schneider about his new album.

Please tell the readers why you wanted to support Joshua’s House.

I’ve always been appalled, and interested, you might say, in the homeless, but like most people, I really didn’t know what to do about it. We could give a little money or something. But I always felt compassionate to those people who were laying out there, especially when it was cold. And plus, I didn’t like the way it looks out in our streets. But I didn’t know what to do, exactly. I always tried to think, “How can I get my music involved in it, too.” I mean, for years I’ve kind of thought about this. And one day I was with my producer D. Michaels [and] we were watching TV a little bit…and they did this piece on Joshua House and the lady running it, Marlene Fitzwater. She was talking about her grandson who died on the streets in Nebraska. He was like 34; he was also a musician and a songwriter. And she was talking about how she was building this facility on C Street…for the terminally ill homeless people in Sacramento, and I thought to myself, “My God, I never—I always felt bad about the homeless, but it didn’t really dawn on me that people would be terminally ill, dying. Dying on the streets with no dignity, nothing.”

So anyway, that just struck a chord in me for some reason. I went, “My God, this lady—that’s up close and personal, taking that on.” I said “I have to support that.” So I started sending twenty dollars a month. And then later…when I was recording, I thought, “You know, I have all these songs.” It just dawned on me maybe I could press up like a hundred copies of vinyl, something neat and kinda different, and try to sell each one for a one hundred dollar donation, that would equal ten thousand dollars. I Googled Joshua’s House and Marlene and ran it by her and she loved it, so I’m doing it.

Was the recording meant to be digital-only at the start?

I’ve been a songwriter and everything since I was twelve. I was in L.A., I did CDs, albums, all kinds of stuff. Lately, that’s the only way we do it is digital. I’m thinking after I sell all 100 albums I might release it digitally, too. But the first step is getting a donation of $100 for each one, then they get the record.

So it would be an incentive for someone to buy the record, because otherwise they’d be waiting to hear the digital?

Primarily, I like the idea of donating to Joshua House. It’s just kind of an excuse, my idea, my little way of doing it. Unless my wife buys a copy, I’m not even going to have a copy. I have 100 of them, and each one is going to be signed and numbered and sent to the person who donated. I’m trying to create something special, unique, one of a kind.

Are you absorbing recording and pressing costs?

All the recording. For each song, I’ll record with a guy in town, D. Michaels, he’s really kind of important to me, he kind of orchestrates my songs and records them, and each one costs me about $500 to record, and pressing 100. They don’t press vinyl very often—the vinyl and the artwork and all that is a few thousand bucks. Then I’ll be doing all the shipping, too. Each one has to be shipped pretty carefully because it is vinyl and I don’t want it to warp or melt. So 100% of $100 each goes to Joshua House. I haven’t even touched the money myself—it just goes from my website, dannyschneider.com. You just click on the first button you see, “I want to help now” and then it goes right to the Joshua’s House page where you can donate.

If someone wasn’t familiar with your music, is there a genre, or a comparison?

All my life I’ve primarily been an electric rock guitarist. I’m kind of electric, rock, Marshalls, Les Paul. But on this particular album, there’s very little guitar. I wrote the songs on guitar, but D. Michaels, we add piano, or Hammond organ, or horn sections…we just kind of had fun. I call it light rock. There’s not a lot of heavy electric guitars on there, it’s more orchestrated, but it’s rock songs orchestrated without the heavy rock guitar. This is probably going to date me, but if a person likes Fleetwood Mac, or if they like Steely Dan, or the Beatles’ Rubber Soul album, it’s rock, but it’s not heavy guitar rock. I call it light rock…no heavy drums, even though I love AC/DC and I love Led Zeppelin.

So for fans of your music, this is a new direction?

I do believe it is a little bit of a departure for me. They’re used to me being an electric guitar player, featuring guitar and all that kind of stuff, which I love. Probably also because the person I’m recording with—I’m able to say, “Hey, why don’t we try some Hammond B3 here instead of the guitar chords” or “Why don’t we try a saxophone section.” So it is a lot of fun for me and it is a departure, yeah.

Was the pandemic what inspired you to start this project now?

Oh, no—in fact, my first inclination was that I was going to put on a concert…because the record was going to take a little longer to do, but then the pandemic hit so that concert idea got squished. The pandemic really didn’t have anything to do with the record, but it kind of works out well for me, because a lot of my musician friends are kind of upset because they had gigs at Swabbies, or they had gigs at Harlow’s, and they had gigs here, there, all lined up. And us musicians, our dream is to play live. But my project hasn’t been affected by it at all. It’s just been recording, and doing artwork, and pressing, publicity, social media and that kind of stuff. So my project hasn’t stopped, where other people are having a hard time.

Is there a theme to the album?

The album is called On the Other Side of the Window, and [so is one song]. A long time ago, it was a rainy, windy, stormy night, and I decided to go to the store, and I drove down to the grocery store and I went in, and when I came out, it was still raining, even worse, and there was a lady and a little kid laying there by a [soda] machine…I just kind of walked by, like anybody else, I didn’t know what to do. But I walked by and I kept thinking about her, and when I got home, I looked out the window, the wind was blowing, and I’m going “Oh my god, that lady and her kid are still out there. They’re out there right now, on the other side of this window with the wind and rain.” And I said “Oh, well, there’s a song title for you.” That was quite a few years ago and I resurrected it for this album, and it all just kind of fit. Synchronicity.

A bid for accessible art

Be the first to comment on "Fifteen Minutes: Musician Danny Schneider"