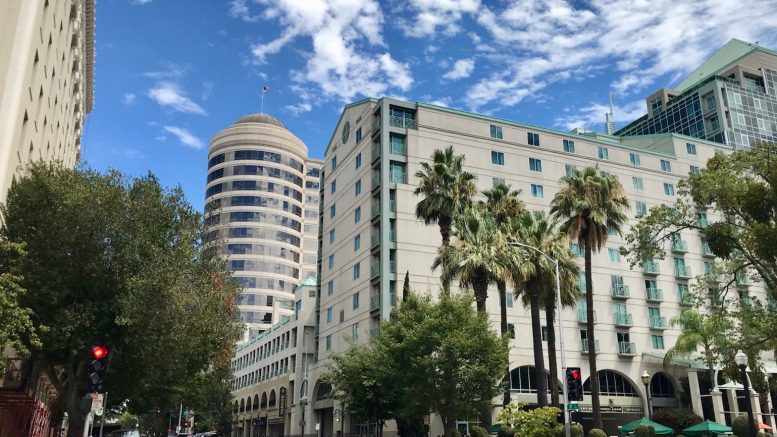 While city voters will get to vote on rent control, deferred rent and mortgages in the hands of the state lawmakers

News that a rent control initiative sought by tenants’ advocates has been revived is setting up a brawl at the ballot box to shape the future of housing in Sacramento for decades. But for many tenants forced into unemployment by the pandemic, there is a more immediate threat of evictions.

With temporary protections set to expire as soon as the end of the month, and with no executive action thus far from Gov. Gavin Newsom, the fate of hundreds of thousands of California renters now rests in the hands of the Legislature. San Francisco Assemblyman David Chiu is battling to get a last-ditch bill passed that would give tenants and landlords a year to get their feet back under them.

But is it too late?

Help on the way?

On Monday, Sacramento Mayor Darrell Steinberg and City Council members announced a new plan to spend $62 million of state and federal dollars on homelessness and housing, including a $5 million rental assistance program that the council will vote on Tuesday.

Much of the money, however, is to help people who are already homeless, including 1,100 placed into motels through Project Room Key.

“A significant portion of this money is going to make motels permanent housing,” Steinberg said at a press conference at a Sprung shelter in Meadowview scheduled to open in early September as a navigation center for homeless women.

Still, without further action by the Legislature, the eviction moratorium for residential units in Sacramento would end Sept. 30. If that happens, renters would still have until Jan. 28, 2021 to pay back rent and avoid eviction.

If any member of the state Assembly has a reputation for standing up for renters during the housing crisis, it’s David Chiu of San Francisco. So, it’s not surprising to tenant advocates that he has stepped into what many describe as a leadership vacuum on the issue during COVID-19, after Newsom decided to punt the responsibility of warding off evictions to local officials.

Chiu has authored Assembly Bill 1436 to protect Californians from eviction for non-payment of rent for at least a year after the state of emergency is lifted. It would also grant struggling property owners help on their mortgages.

Shanti Singh, communitcations coordinator for the statewide group Tenants Together, said lessons from 2008 financial meltdown have convinced most housing advocates that relief for small landlords is important. During the Great Recession, hundreds of homes in the region that were lost to foreclosure were then bought up by the private equity firm Blackstone Group, which is now the second largest property owner in Sacramento County, behind only the county government itself. As a corporate landlord controlling thousands of single-family rental homes, Blackstone has been repeatedly accused of property neglect and price gouging.

“When the tenant movement demands that we cancel rent, we’re also demanding that we cancel mortgages, because we understand that those things go hand in hand right now,” Singh said.

“The last thing we want is a repeat of the scenario where a lot of small property owners go under and then their properties are acquired by Wall Street, which is what happened to so many single-family homes the last time around. That is absolutely a nightmare scenario for us.”

The holistic approach of AB 1436 has drawn the support from the mayors of Los Angeles, San Francisco, Long Beach, San Jose, Oakland, Riverside, Santa Ana, Stockton, as well as Steinberg. “Without protections in place, hundreds of thousands of renters are at risk of eviction and homelessness,” the mayors wrote in a joint letter last week.

One person who has yet to vocally champion AB 1436 is Newsom, though he dedicated some 28 minutes of a recent press conference to acknowledging widespread concerns about evictions. Without mentioning Chiu’s efforts directly, Newsom repeatedly remarked on an executive order he signed early in the pandemic that supported local governments’ ability to pass their own emergency eviction protections. That order has been viewed as a hollow gesture by many housing advocates.

“We believe he has the legal authority to do more,” Singh said. “A lot of people are not protected because Gov. Newsom deferred to the municipalities. Now, in most places, a statewide solution is the only hope,”

“Legislature has had chances to pass something. I don’t know if leaders thought we’d be out of the pandemic by now, or there wouldn’t be a second spike, but if AB 1436 doesn’t pass, then we’re truly in a crisis situation,” Singh added. “This is really a last-ditch effort.”

The Sacramento Tenants Union is also frustrated that so many hopes are now pinned on Chiu’s bill.

“The governor likes to play this game where, when it servers him, he takes very strong executive stances and does this posturing, but mainly his actions on evictions have been let localities deal with it,” said Elliott Stevenson with the Sacramento Tenants Union. “His leadership on the issue has been nonexistent.”

Some Sacramento housing advocates aren’t pleased with Steinberg, either.

The Nov. 3 election looked like an upside-down prospect just a week ago. They’d collected 44,000 signatures to get the rent control initiative on the ballot, only for the city to go to court to stop them at the same time Steinberg was successfully getting his strong mayor proposal on the ballot.

Given that Steinberg’s measure had far less grassroots organizing behind it, the development was a bitter pill.

But all that changed Aug. 12 when state appeals court Judge P.J. Robie overturned a lower court’s ruling that had favored the city. Instead, Robie sided with housing advocate Michelle Pariset, who’d withstood withering pressure from city officials to withdraw the initiative after the council passed some temporary measures of its own last August.

When Steinberg persuaded some of the signatories to the Sacramento Community Stabilization and Fair Rent Charter Amendment to withdraw their support in favor of the council’s more modest controls, the conventional wisdom was that it would take roughly $3 million in advertising to get the initiative passed—money that the coalition of housing advocates didn’t have.

But that was before the deadly pandemic, the likes of which haven’t been experienced in the U.S. in a 100 years.

Stevenson of the tenants union says that with thousands of city residents forced out of work and the governor acknowledging a tidal wave of potential evictions, all bets are off.

“As horrible as this crisis has been, it has made the argument for rent control, and just-cause evictions and a rent board—all the things we’ve been fighting for—a little bit of an easier sell,” he said.

Stevenson also points out that incoming Councilwoman Katie Valenzuela’s victory in March over incumbent Steve Hansen in the district that includes Midtown and downtown could be a barometer for the level of voter concern. Valenzuela made affordable housing a cornerstone of her campaign and showed unwavering support for the rent control initiative.

“She was one of few local political hopefuls who really took a chance with full-throated support of it,” Stevenson said. “And she won her election in the most densely populated central part of Sacramento. So, we see that as a real proof of concept.”

For Valenzuela’s part, waiting on the sidelines in the middle of the pandemic has been difficult. She told SN&R the council’s priorities have been wrong, particularly announcing a lawsuit to stop the rent control ballot measure as Sacramento was in the middle of a curfew with California National Guard members in the streets after the George Floyd protests.

“Our priority absolutely has to be to stabilize residents and workers,” Valenzuela stressed.

“We have dedicated not one dollar to helping people pay back rent. This pandemic is really exasperating inequities that were already there. When it comes to the problems that we’d been putting off for way too long, this has thrown kerosene on what was already a house on fire.”

Steinberg has suggested in recent weeks that he can lead more boldly on critical issues such as housing and homelessness if he is vested with the powers of a strong mayor and could address emergencies and inequity issues more directly, chiefly by presenting the budget instead of the city manager and by having hiring and firing authority over department heads. His mantra to reporters has been that those powers should not be held by an unelected city manager.

But Valenzuela, who opposes Steinberg’s sudden push for strong mayor, watched the court arguments several weeks ago on the rent control initiative –and saw irony in the presentation by the city attorney’s office.

“Every argument the city attorney made against the rent control ballot initiative, point by point, could have also been made against strong mayor,” Valenzuela said. “Especially when he said it needed more review, because it was such a substantial revision to the city charter, and it was going to fundamentally shift the way government was happening. The hypocrisy was really overwhelming.”

Both Valenzuela and Stevenson said the legal roller coaster around rent control in Sacramento will ultimately mobilize a good number of voters against Steinberg’s push for strong mayor.

“From our perspective, Steinberg’s actions throughout this real rent control campaign have been those of a strong mayor,” Stevenson argued. “He’s used every string and every arrow in his quiver to try to sink our efforts.”

He added, “I think the people have seen what a strong mayor is capable of, and I don’t think they’re going to like it.”