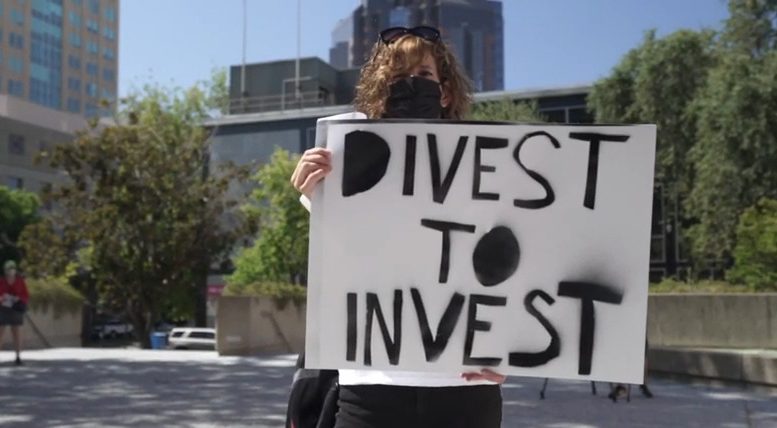 Editor’s note: Sacramento activists aren’t waiting for a city charter change to have more say on how tax dollars are spent

It’s one of the less-noticed, least controversial provisions in the Sacramento “strong mayor” measure on the November ballot: “Participatory budgeting.”

Specifically, Section 27 (3) (d) of the proposed city charter change says “the approved budget must include one or more line items for expenditures consistent with the recommendations resulting from a citywide participatory budgeting process.”

The participatory budgeting movement in the U.S. and Canada claims 402,000 participants who directed $300 million in public money to more than 1,630 projects.

The thing is, a version of it is already happening locally. And though people won’t directly decide spending on specific projects, its impact could be more sweeping.

The People’s Budget Sacramento is amplifying the loud efforts to reallocate city Measure U sales tax money away from the police and fire departments and to “Defund the Police”—and to invest more in neighborhoods and community services.

Some of the same activists and groups are involved, including City Councilwoman-elect Katie Valenzuela and Black Justice Sacramento. Supporters also include the United Way, the Build.Black coalition and Sunrise Sacramento.

“The system is not broken, it is racist,” Valenzuela says in the group’s video. “…Our tax dollars are continuing to fund a system that is hurting us, and it is time we take that money back. The People’s Budget is a simple concept that we’re going to fund what the people need.”

On Tuesday, Sept. 8, the City Council heard a recommendation from the Measure U Community Advisory Committee to reallocate $15 million in the sales tax money from the Police and Fire departments and let residents determine how to spend it through participatory budgeting.

The committee also wants $5 million added to participatory budgeting each year until the total is at least half of the second half-cent of Measure U, or about $25 million. And it wants the city to spend $25,000 on a poll to be done by Oct. 31 so residents’ spending wishes can be considered during the city’s mid-year budget adjustment.

The council didn’t vote on those recommendations. Instead, the council will soon consider a proposal from Mayor Darrell Steinberg to launch participatory budgeting by finding $5 million in savings from vacant positions.

The police officer and firefighter unions sent a joint letter to the mayor and council warning that the $15 million in cuts “will devastate our city’s public safety and destroy the progress our two departments have made over the past ten years” since Great Recession budget cuts were restored, thanks to the Measure U sales tax increase.

The letter also says that any “defunding of the Police and Fire Department will betray the voters who partnered with the City and agreed to increase their taxes with the goal of a safer city.”

People’s Budget organizers plan to present an alternative “community” budget to the City Council when it takes up the mid-year budget adjustment in November.

But first, they want to influence the new 2020-21 budget that Sacramento County supervisors plan to approve in September.

It includes more spending for the Sheriff’s Office, including for salaries and liability costs, but also to start equipping deputies with body-worn cameras. The proposed budget also includes more money to respond to the COVID-19 pandemic, as well as mental health services and CalWORKS staffing.

But in a presentation to county supervisors on Sept. 1, People’s Budget leaders said the preliminary results of a community survey are clear: Most want more investment in affordable housing and homeless services, in community-based mental health services and in public health. They want less money going to the Sheriff’s Office and law enforcement, to the county jail and to parking enforcement.

And that means supervisors need to reimagine public safety by reducing the budget for the sheriff and jail and investing the money in community programs that will prevent crime, instead of responding and incarcerating after the fact, organizers say.

In an email to supporters Tuesday, leaders said they want $104 million in federal COVID-19 relief money taken from the Sheriff’s Department and given to health, housing and small business support. They also want at least one-third of the county’s general fund budget devoted to human services.

The Sacramento County Deputy Sheriffs’ Association is fighting back, including with flyers warning that public safety is at risk.

County Supervisor Susan Peters told constituents Sept. 4 that she opposes a push she expects from some colleagues to “defund” part of the sheriff’s budget. “For those of us who live in unincorporated suburban Sacramento County, the Sheriff’s Department functions as our local police force so that’s why I support adequate funding for law enforcement to ensure the safety of our families, businesses, and property,” she said in a newsletter.

While in 2019-20, 71% of the county general fund budget went to the sheriff, the jail and other criminal justice agencies and only 14% to human needs, the People’s Budget calls for 35% of spending for human needs and 30% for “reimagined community safety,” and only 7% for traditional criminal justice.

The survey was distributed by more than 20 groups and includes responses from 2,011 people, including 888 who said they were financially insecure due to the COVID-19 crisis and 392 who said they were essential workers. While organizers say the survey gives voice to the most neglected, it is not entirely representative, with about half of respondents living in the district of Supervisor Phil Serna and only 71 in the district of Sue Frost.

Among other things, the survey asked people to rank their priorities: human needs, law enforcement, “reimagined community safety” and community resources. Then in those categories, people can list what they consider the most important needs and indicate how much more money they should get.

The survey also asked how safe people feel, what experiences they have had with law enforcement and whether they fear police will harm them. And the survey asks about the impact of COVID-19, such as difficulty paying the rent or utility bills or being forced to stay with friends, in shelters or on the street.

The survey results present a fuller picture of people’s spending priorities, beyond just comments during public hearings, especially with the economic crisis caused by the pandemic.

“Household budgets are tight with mass evictions ahead, communities are reckoning with systemic racism, businesses are closing, state and local budgets are collapsing, climate change continues to exacerbate natural disasters, and COVID-19 remains unchecked,” says the introduction to the survey.

Some activists made their voices heard during the Aug. 11 county supervisors meeting, criticizing how the county is spending its $181 million in federal coronavirus aid and blasting the lack of public involvement.

A committee of top county officials decided to use most of the $148 million allocated for 2019-20 to pay existing employees in the sheriff’s and probation departments to avoid budget cuts to services, instead of using the cash to boost programs to fight COVID-19 or to directly help residents or businesses.

After that criticism, county supervisors voted Aug. 19 to add $45 million to the public health response to the pandemic.

Be the first to comment on "The people’s budget"