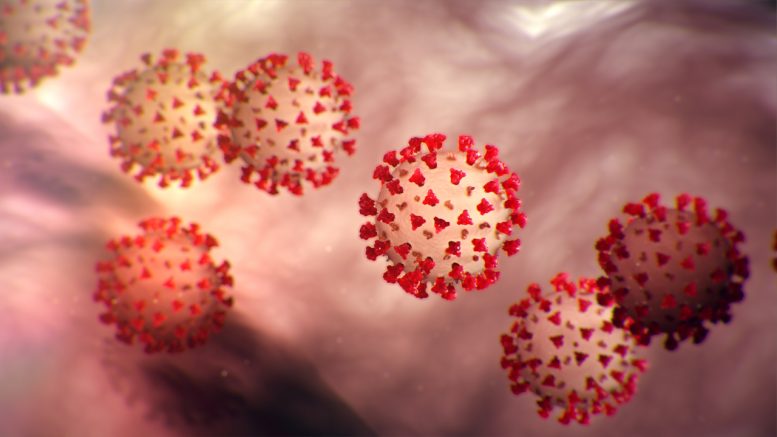 Photo from federal Centers for Disease Control and Prevention

Sacramento County supervisors—with the county under withering criticism for spending federal COVID-19 relief money on salaries for Sheriff’s Department and other employees—voted 5-0 Wednesday to approve $45 million more for the public health fight against the pandemic.

But the vote didn’t happen before more criticism and blame over the county’s response to the coronavirus, the lack of communication among top county officials and supervisors’ oversight of the decision-making process.

The budget proposal from county CEO Nav Gill and Health Services Director Peter Beilenson followed the Aug. 11 supervisors meeting when they were told that the county’s needs to fight the coronavirus pandemic were not all being approved—and Gill said that was news to him.

Nottoli cited a mobile testing program that lapsed at the end of June. From April 1 through June 30, a partnership of local hospitals and fire services conducted 4,526 tests and turned up 142 positive tests at nursing homes, assisted living centers, behavioral health facilities and homeless camps. The program should have continued uninterrupted with county funding, he said, wondering aloud if people died as a result.

The $45 million to cover needs for the next six months includes $3.5 million to increase Public Health tests from 5,000 to 9,000 a month, providing access to quick testing for first responders, essential workers, nursing homes and vulnerable communities. It also includes $19.2 million to hire lab, clinical and support staff to expand testing, contact tracing and other services and to also replace volunteers, National Guard and other staff.

The proposal includes $15.3 million to partner with community groups for public outreach and education and other services to stop the spread of the virus, including food and housing for people who need to be in isolation and quarantine. Of that allocation, $1.5 million will go to partner with Sacramento Food Bank & Family Services.

The request includes another $3 million to support and enforce prevention efforts by businesses. And finally, it includes $4 million to prepare for and conduct community vaccination clinics for a COVID-19 vaccine, once it becomes available, as well as the seasonal flu.

Beilenson told supervisors said the funding for vaccination supplies could potentially be the most important. The county is not waiting for help from the federal government, he said.

In a memo to county supervisors, county Health Officer Olivia Kasirye said: “The main goals are to a) reduce the spread of infection in the County and prevent death and disability due to COVID-19, and to b) bring down the rates of infection low enough to make it safe to begin re-opening businesses and schools.”

She told supervisors that new cases have plateaued at 200 to 250 a day and the county needs to a big push to lower the numbers enough to reopen schools. The money would also fund “strike teams” to help nursing homes, she said. And she said there will be monthly updates tracking the spending and progress.

Phil Serna, chairman of the board of supervisors, said he asked Kasirye for the memo after what he admitted was the confusion that surfaced during the Aug. 11 meeting. From now on, Serna said, the board will get an update on the COVID-19 response at every meeting for the rest of the year.

“We are where we are today,” Gill told supervisors Wednesday. “There is a disconnect that has happened.”

In a letter to supervisors, Public Health Division Manager Pamela Harris put much of the blame on Beilenson, saying he resisted the division’s requests for more money, did not advocate and communicate enough for the division and displayed a disrespectful and intimidating attitude to Kasirye and other hard-working public health staff.

The $45 million is on top of $24.3 million in federal CARES Act funding already approved for Health Services for coronavirus-related expenses.

Sacramento County, like many other counties across the state, has been hit hard by a resurgence of COVID-19 cases since mid-May after businesses started reopening.

As of Wednesday, county Public Health was reporting 230 deaths and 14,760 cases, disproportionately among Black and Latino residents. And as of Tuesday, the COVID-positive rate for the last week was 7.2% of 21,951 tests, compared to an overall positivity rate of 5.7% for 255,013 tests total.

An internal committee of top county officials had previously allocated nearly all of $148 million of the county’s $181 million from the federal CARES Act to pay the payroll costs of existing employees and build up the county’s reserves to avoid budget cuts in social services.

That action, however, brought lots of criticism for the amount of money going to the Sheriff’s Department, the lack of spending on public health and what critics called a lack of transparency.

That critique is repeated in public comments received in advance of Wednesday’s meeting, with many, in form letters, accusing Gill and top county officials of mismanaging the CARES Act money. Some callers to Wednesday’s meeting called for Gill to be fired, while others said that Kasirye was being unfairly scapegoated.

Others, including the Sierra Sacramento Valley Medical Society, focused on supporting the boost in public health funding. The Sacramento Latino Medical Association says the proposal “will go a long way” in giving the agency a chance to control the pandemic and alleviate the suffering it is causing.

But 55 community groups and leaders, under the umbrella of the CARES for the People Coalition, said that in addition to spending more on public health, the county also needs to do more to help families with housing, aid small businesses and provide mental health services. The needs are particularly acute for people of color, who are disproportionately the victims of COVID-19, the coalition says.

“It is absolutely critical that the CARES Act funds be used immediately to address this, and to provide care and relief for the most vulnerable people in our county,” the coalition says.

When will the show go on?