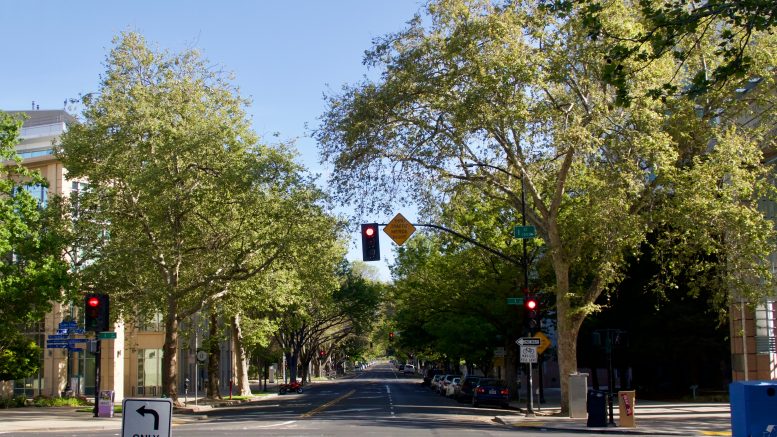 The Sacramento Housing and Redevelopment Agency is working against the clock to try to use federal COVID-19 relief to fix a longstanding problem with its Housing Choice Voucher program, more commonly known as Section 8 housing.

On an average day, 700 families in Sacramento County have a voucher for subsidized housing but cannot find a landlord who will accept it. SHRA is hoping that a temporary, one-time infusion of money from the federal CARES Act can help it change that calculus.

The question of how well the voucher program can work while only a limited pool of landlords are willing to participate has been raised repeatedly over the last four years. As Sacramento’s affordable housing crisis intensified and homeless numbers continued to climb, the program came under increasing scrutiny from city and county leaders. As hundreds of families seek housing, the average time it takes them to finally contact a landlord who will accept a voucher is 120 days.

The vouchers currently help about 32,000 residents in Sacramento County every day, though SHRA’s leaders acknowledge that the program needs to recruit more property owners. At last week’s county Board of Supervisors meeting, the program’s director, Sarah O’Daniel, said her agency now has a brief window to attempt to do that.

The $2.2 trillion CARES Act passed by Congress in March allocates some $1.5 billion to assist housing authorities across the country. Serving that role on behalf of both the city and the county, SHRA is slated to receive a $2.5 million. Its chief financial officer, Susanna Jackson, told the supervisors that some of this money will be used for COVID-19-related impacts on public housing and the agency’s staff, but at least $500,000 will be steered into the Housing Choice Voucher program to recruit new landlords and assist tenants.

The plan presented to the supervisors includes a $2,500 one-time bonus to any landlord who hasn’t participated in the voucher program in the last 12 months to begin again; a $2,000 one-time bonus to those who left the program at any point but want to come back to it; a $1,000 one-time “no losses” bonus for landlords joining the program; and a guarantee of paying for as much as $2,500 in damages to a unit being used for the program if the cost isn’t covered by the security deposit. Additionally, some of the $500,000 will be used to pay tenant’s application fees and assist them with making security deposits.

O’Daniel warned that, in addition to Sacramento’s long-running shortage of affordable housing, the turmoil around the coronavirus lockdown will cause more unexpected dynamics.

“We know there are very few vacancies right now,” O’Daniel said. “There’s an eviction moratorium, and, just in general, it’s scarce to find affordable housing … Due to the pandemic, HUD has allowed us to use these funds for this purpose, however, and we have seen that it has worked well with housing agencies in the L.A. area and San Diego.”

But there is a catch, she added: The funds are only available for that use until the end of the year. “We hope HUD will give us an extension, but we don’t know if that will happen,” O’Daniel said.

The supervisors, who were generally open to the strategy, did have questions.

“How many folks to you think you can get enrolled if you maximize your contemplated plan?” asked District 5 supervisor Don Nottoli.

“We would like to get at least 100 new landlords during this time frame,” O’Daniel responded.

At least two supervisors wanted to know how SHRA could make good on the $2,500 protection against damages to a landlord’s property if the incentive program will only last until the end of 2020.

SHRA Executive Director La Shelle Dozier said she planned to locate an internal funding source to make sure those guarantees could be honored past the life the incentive program.

“When people move out, that’s when you need it,” Dozier acknowledged. “Tenants aren’t going to move in and out in six months. And what we’d like to do, obviously, is show the success of this to HUD, so they will see the need to allow us this level of flexibility in the future.”

SHRA is expected to get final approval from the city and county for the plan next week.

District 1 Supervisor Phil Serna noted that, given the pre-existing challenges of the voucher program, any attempt to improve it needs to be made.

“Even before the challenge of the pandemic,” Serna said, “we continued to hear that the program was struggling in light of a tight housing market.”