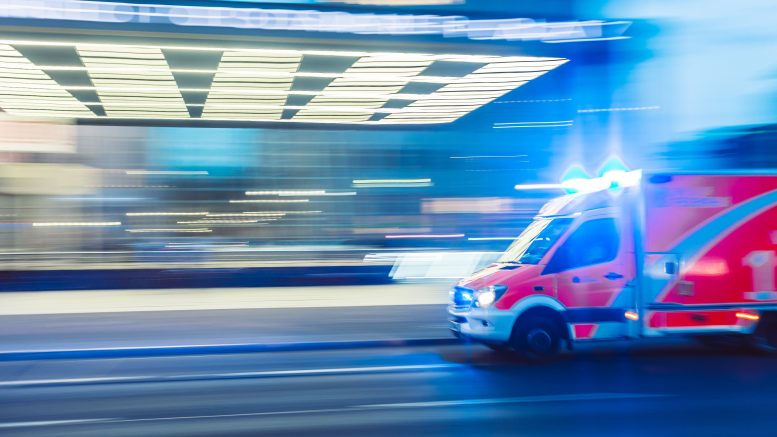 Photo by Camilo Jimenez for Unsplash

A new Sacramento office is supposed to handle emergency calls instead of police. Bridgette Dean’s job is to make sure it works.

Daniel Hahn spoke and the pride in his voice was clearly evident.

On a fall evening in 2016, the then-Roseville Police chief updated his city council on the work of his department’s Social Services Unit. It was a unit he’d pioneered, and it was unique because it was run by a licensed clinical social worker named Bridgette Dean, who trained police officers how to interact with the city’s homeless population.

Flash forward nearly four years. Hahn has been chief of his hometown Sacramento Police Department for more than three years. He is facing loud protests to “Defund the Police” after the Memorial Day killing of George Floyd in Minneapolis and the lingering anger over the fatal shooting of Stephon Clark by Sacramento police in March 2018.

And Hahn is counting on Dean again to succeed in perhaps the most sweeping police reform approved in Sacramento so far.

The new office has buy-in from Mayor Darrell Steinberg, as well as Sacramento’s top cop.

For Hahn, the son of a social worker, it’s about helping people like his brother, Chris Castle, who became addicted to drugs after serving in Operation Desert Storm and was slain at a Midtown apartment in March 1992. Hahn said as a patrol officer, he arrested some of the same people 20 times for minor offenses, and that didn’t help anyone.

“I’ve never met an officer, including myself, who doesn’t regularly go on calls and say out loud, ‘Why am I here as a police officer?’” Hahn told SN&R. “Like, ‘Why are we handling this call? This has nothing to do with law enforcement.’”

But some community activists calling for police reform question whether this new office will truly mark a shift from the old ways of interacting with at-risk individuals.

Bridgette Dean wants to be clear: She’s not a cop.

Sitting outside a Freeport Boulevard coffee shop on an August morning, not long after attending a meeting for service providers for the homeless community, Dean bristles about misconceptions of her work among this group.

“People look at a picture of me online in a uniform being sworn in and they don’t do their research,” Dean said.

Her back story is different for law enforcement, to say the least.

One of nine children, Dean grew up in Reno, losing a father to suicide when she was 16. She dropped out of high school and experienced homelessness, herself, before turning her life around and earning a master’s degree in social work from CSUS. She met Hahn while serving as vice principal of Adelante Continuation High School in Roseville, which used officers from the department.

Dean didn’t want to wear a uniform in that swearing-in photo, she told SN&R, but it was protocol. (Another key figure in Sacramento’s police reform efforts—LaTesha Watson, the recently hired director of the Office of Public Safety Accountability—has also been criticized by some activists over her background as a police chief.)

Both Hahn and Dean stress that her responsibility, supervising sworn officers as a non-sworn social worker, is virtually unheard of in law enforcement. In fact, Roseville police returned to having a sworn officer head up its Social Services Unit since she left for Sacramento.

Dean said that she remains a social worker at heart and that her goal has always been to get people in crisis help from mental health workers.

“Creating a program can be easy. I want to create systemic change.”

In Sacramento, as in Roseville, Dean has led a group of police officers, known as the impact team, who go out to homeless encampments around the city. It’s stirred some controversy, said City Councilwoman-elect Katie Valenzuela.

“Folks were frustrated with the impact team model,” Valenzuela said. “Sending out officers to interact with the homeless in general is not only outside of their scope, but … can sometimes lead to poor outcomes for folks and a lot of mistrust.”

And sometimes, there’s not much officers can do in a city with limited services and a glaring lack of available homeless shelter beds.

Valenzuela recalled being at a Boulevard Park Neighborhood Association meeting early this year and hearing an officer say that all they could do is tell the homeless individuals to move along.

In response, Dean said that officers did positive work and “probably brought more people into services than people realize.”

Since the spring, she said, the city has been obeying a federal public health order to not disturb encampments due to the COVID-19 pandemic.

Dean insisted this wouldn’t be the case, though said that officers would still need to go on some calls because they can quickly escalate. She also said that under current California law, only law enforcement officers can transport people for involuntary psychiatric holds.

Some activists aren’t just concerned about Dean or her team, but argue that the city shouldn’t be interacting at all with at-risk and homeless individuals.

“I’m sure she’s a good person. I’m sure she pays her bills and doesn’t hack up people,” said Faye Wilson Kennedy, chairwoman of the Sacramento Area Black Caucus and one of the organizers for the Sacramento Poor People’s Campaign. “But, the thing is, money, funding should go to community-based groups.”

Multiple members of the public urged council members July 1 to look to Mental Health First, part of the Oakland-based Anti-Police Terror Project. “That should be the primary organization you should be consulting with about how to divert services away from the police,” Flojaune Cofer, chairwoman of the Measure U Community Advisory Committee, told the council.

Mental Health First has been operating in Sacramento since the beginning of the year, sending volunteers out on calls in a donated RV three nights a week prior to the pandemic and providing phone service since.

“It could really be brought to scale if the city were moving in that direction, which I hope they are,” said Bob Erlenbusch, executive director of the Sacramento Regional Coalition to End Homelessness.

A founder of Mental Health First, Asantewaa Boykin, a registered nurse, said she has her doubts about the new office led by Dean.

“When we talk about alternatives to 911, what I would hate to see is another program that touts itself as progressive, but it’s just like social workers in cops uniforms or cops in social worker clothes,” Boykin said. “Because I think that under the guise of reform, we have just systematically found [a] more creative way for police to intervene in our social safety net.”

For now, the new community response office is still little more than plans. The council gave the office an initial $5 million in funding and as long as two years to get fully operational. A spokesman for the city said Tuesday via email that a source for this funding has yet to be identified.

For her part, Dean is working on analyzing more than 500,000 calls for emergency services that come into the city each year and working on training 911 dispatchers on how to properly route calls.

“Creating a program can be easy,” Dean said. “I want to create systemic change.”

Boykin said she hasn’t heard from Dean about working together, but is open to it.

“A lot of us kind of activist-y folks kind of believe or say as a slogan, ‘By any means necessary,’” Boykin said. “But few of us mean it, right? And I do, I absolutely mean it, by any means necessary. If that means having a conversation with Bridgette or anyone else for that matter, to see where points of unity are, to build something that provides relief to the people, then I’m willing to have that conversation.”

Inside an officer’s secret police file

Be the first to comment on "Creating an alternative to 911"