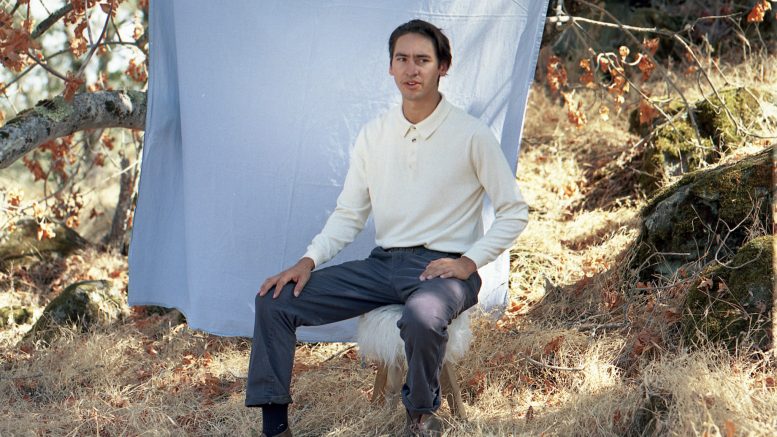 Mark Thomas Dillon has been skating and taking photos for more than 20 years. (Photo by Sydney Weaver)

Skateboarding and photography took over Mark Thomas Dillon’s life from an early age and neither are leaving any time soon.

“I never shoot with the intention of making anything,” says Mark Thomas Dillon. “I like the idea of pulling these photos together and seeing what they’re saying… I can go through it, and they almost start to tell you, how does it need to be laid out, or what you need to do with these 20 photos.”

The Sacramento photographer maintains an unserious approach to his work, questioning whether to even call himself a photographer.

He says that placing his work on a pedestal makes it difficult to make the photos that he believes are important, that forcibly searching for moments to capture blinds him to those very moments.

“You’re almost just collecting these like daily rituals, and after time you realize that these are the moments that stick out to you, that you don’t otherwise catch day to day and it almost helps you see it a little clearer, I guess,” Dillon said.

Dillon found his first camera, a Pentax K1000, in his father’s closet. Despite not having a clue how to use it, he loaded it with film and began his pursuit in photography.

“Once I learned that you actually have to pay attention to the controls, I was able to start making better photographs,” he said.

Soon after discovering photography, Dillon discovered another pursuit that would define his life. In 1999, bought his first skateboard.

“I still have the receipt,” he said. “Wave Warriors.”

For Dillon, photography and skateboarding go hand in hand. “I get the same feeling, being on the scene shooting the photo as I would just, being there skating,” he said.

Dillon skated for the brands until two years ago when his “body was more or less over the beating.” However, he continued to photograph for the companies, documenting trips overseas and shooting commercially.

All the while, Dillon continued to take photos for himself outside the skateboarding world. He steadily collected photographs from his daily life: going to and from work, hanging out with friends or just walking the streets.

Influence by Sacramento photographer Richard Hughes and his years of obsessing over skateboard magazines, Dillon turned his photographs into printed zines.

“That whole hands-on thing is just so rad,” he said. “It gives your photography a place to live.”

His most recent zine, titled The Golden Bear Book, features photographs from the Sacramento bar of the same name, where Dillon works. He plans to donate funds raised from the book to help his coworkers through the pandemic.

“I’d always have my point-and-shoot behind the bar with me, and if I see some friends or if there’s like a large group, they’re all taking shots, you know, you can just lift the camera,” Dillon said. “Two years later, I have this folder of photos from every weekend at the bar.”

The photos in the zine are raucous, with alcohol present in nearly every shot. The fuzzy edges are complemented by the harsh flash; the photos themselves indulge in the bar’s party atmosphere.

In addition to his zines, Dillon has exhibited work since 2013. His latest exhibition, Memory Burn, at the Warehouse Artist Lofts opened in February. It featured muted color portraits, straightforward still lifes and street photographs from over years.

“My first one, that was pretty nerve-wracking. Before that I’d never printed photos and framed them and shown them,” he said. “But showing my work was definitely a big push in that, ‘Okay, I’m a photographer,’ and I’ve definitely since then been back and forth.”

A favorite photo depicts Rob Mason, shirtless and crouched on a skateboard and surrounded by barren concrete. One outstretched arm grips the back of older man’s electric cart— the man seemingly unaware of Mason’s presence. Each man moves through the world on four wheels looking dead ahead.

“This is just one of those moments that just happen, unplanned while out skating. And in order for these moments to fall into your lap, you gotta leave the house and immerse yourself in life,” Dillon said.

“I have my own idea of what an artist is, but whether that’s even correct or even close, [I don’t know,]” Dillon said. “It’s so hard for me sometimes, ’cause I have so much fun. Like I enjoy shooting photos so much that it’s like, can this be anything but labeled fun?”