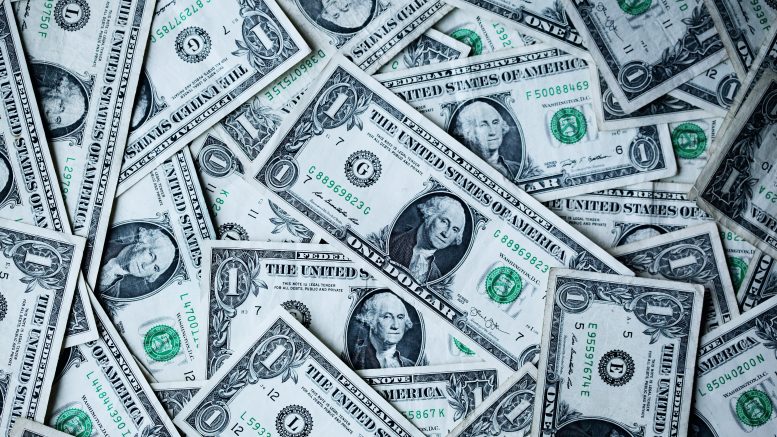 Photo by Sharon McCutcheon for Unsplash

Editor’s note: The $600 federal unemployment bonus is about to end, but it has highlighted inequality in America

Unless Republican leaders in Congress come to their senses, that extra $600 a week from Uncle Sam in unemployment checks will disappear at the end of July.

But the bonus benefit that started in April, as COVID-19 shutdowns tanked the economy, has already highlighted some key issues.

First, it showed how few workers make a living wage during normal times. About one in three workers in California—that’s about 5 million people—make less than $600 a week, according to the UC Berkeley Labor Center. The current state minimum wage—$13 an hour at larger employers—comes to only $520 a week for full-time workers, and that’s before taxes are taken out from their paychecks.

Perversely, the added benefit created an unfair disparity for low-paid “essential” workers, who were given no choice to stay on the job despite the health risks of coronavirus. Even though some were given “hero” pay for a while, many “non-essential” employees at shuttered businesses actually made more while staying home.

Second, the federal cash turned into a real-time experiment in a guaranteed basic income. The amount was set at $600 to roughly make up the $980 in lost weekly wages for the average worker, when combined with state jobless benefits.

Stockton Mayor Michael Tubbs, who started a universal income test in his city last year (125 people were selected to receive a $500 monthly allowance for 18 months), is now leading a national group of mayors to make a guaranteed income national and permanent.

“COVID-19 has only further exposed the economic fragility of most American households, and has disproportionately impacted Black and Brown people,” says the group, which includes Los Angeles Mayor Eric Garcetti and Oakland Mayor Libby Schaaf.

Indeed, the pandemic has reinforced how bad inequality in America really is. The COVID-19 recession is hitting the working class the hardest, especially women and people of color, according to the California Budget & Policy Center. With unemployment rates not seen since the Great Depression (16.3% in May in California), more people are competing for gig economy jobs.

Yet, because the stock market has rebounded, the wealth of billionaires has actually ballooned—by about $565 billion since mid-March, according to the Institute for Policy Studies. Some $180 billion of that flowed to California’s 161 billionaires, so some of the state’s largest unions organized protests on July 1.

But all those issues are longer-term—for how fair our economy can and should be. In the short-term, it’s about families struggling to put food on the table and pay the rent, with California’s moratorium on evictions scheduled to last only through Sept. 30.

The fate of the $600 supplement is in the hands of the GOP-controlled U.S. Senate, which is back in session this week after a recess. While House Democrats pushed through legislation to extend the payment through January 2021, Senate Republicans don’t appear likely to include that extension in the next coronavirus relief bill they may approve by the end of the month.

Majority Leader Mitch McConnell of Kentucky argues that the bonus is encouraging workers to stay on unemployment.

“We need to make sure, for those who are not able to recover their jobs, unemployment is adequate,” he told reporters June 30. “That is a different issue from whether we ought to pay people a bonus not to go back to work. And so I think that was a mistake.”

But the Brookings Institution and other groups dispute that, pointing out that workers are not eligible for benefits if they just quit their jobs, except in rare cases. “The extra $600 has been by far the most effective part” of COVID-19 relief efforts and should be extended, says the Economic Policy Institute.

“The extra $600 has been by far the most effective part” of COVID-19 relief efforts.

A June report by the Congressional Budget Office says that if the $600 payment were extended through January 2021, five out of six recipients would get more from unemployment in those six months than they would from working.

But that would also mean their spending on food, housing and other goods and services would be closer to their spending while employed—and that would boost overall economic output in the second half of 2020, even if employment was lower, the CBO said.

With so many people still out of work, the impact of losing that $600 will be dramatic.

About 31 million Americans are receiving unemployment benefits, and without the federal supplement, the average check would plummet by 61% to $380 a week, according to an analysis by CNBC.

Workers, however, will still benefit from the CARES Act, which included the $600, because it also extends state jobless checks from the usual maximum of 26 weeks to 39 weeks.

They’ll need it. With COVID-19 cases spiking again, forcing Sacramento and other counties to pause or reverse business reopenings, more workers will be collecting unemployment for longer.

And those numbers of workers will increase after Gov. Gavin Newsom on July 13 ordered bars to close and indoor dining to cease statewide. In Sacramento and other counties on the state public health watch list, barber shops, gyms, hair salons and other businesses also must shut down again.