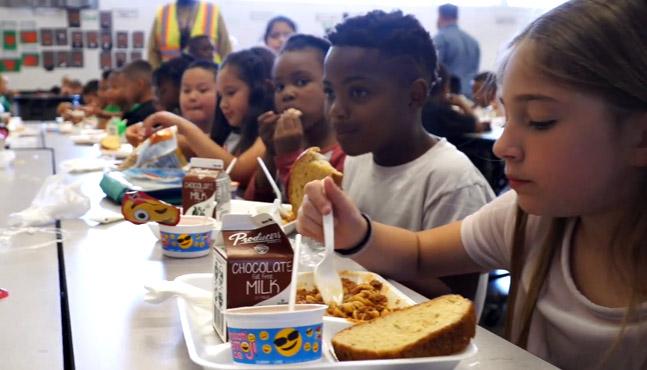 It feels almost silly to mention now that we’re living in a contagious hellscape, but there was an election on March 3 and at some point that’s going to matter again—even for all of the schools that shut down this week.

For the time being, the elected representatives who are in place now are the ones determining their response to a new coronavirus that has sickened hundreds of thousands worldwide and is prompting escalating panic on the homefront.

On March 6, Elk Grove Unified—the fifth largest school district in the state—was notified that one of its elementary school students tested positive for the respiratory illness and was quarantined in a home with at least one other infected person, as well as three siblings who also attended Elk Grove schools but had not yet contracted the virus.

It took 10 days for local schools to hit pause in a significant way. The Sacramento County Office of Education announced March 13 that all 13 school districts in the county would close for three weeks starting Monday.

As California Gov. Gavin Newsom noted in a March 15 press conference, more than half of the state’s public school districts, affecting more than 80% of students, have voluntarily closed to stem the tide of airborne infection. This includes approximately 25 of the largest school districts in California, Newsom said Sunday, but didn’t include Kern High School District, which has more than 35,000 students across the San Joaquin Valley’s southern end.

Newsom said that it was “reasonable” for smaller districts in rural areas to make different choices, but also indicated that additional guidance could be forthcoming this week. California Health and Human Services Secretary Mark Ghaly said to expect recommendations for preschool and daycare facilities that would largely follow those issued for the K-12 system.

Newsom also acknowledged that 60% of students rely on free or reduced-cost breakfasts and lunches from their schools, and said the state was working on a plan to make sure kids don’t go hungry during this uncertain period.

In Sacramento County, local school districts are turning some of their campuses into afternoon drive-thrus. Sacramento City Unified will dispense lunches and breakfasts to any child under 18 at 13 of its elementary school sites. The district had almost 33,300 students who qualified for free or reduced-price meals in the 2018-19 school year, 71% of those enrolled.

Twin Rivers Unified, which has an even higher concentration of disadvantaged students, began a meal pick-up program at 10 of its shuttered campuses. Tuesdays through Fridays, 11:30 a.m. to 12:30 p.m., nutrition services representatives will hand out one lunch and one breakfast per child to families driving through the parking lot or bus lanes of participating schools in Sacramento, North Highlands and Rio Linda. The number of meals provided will depend on the number of children in each car and students will have to be present to receive the meals, the district said in a release.

More than 26,000 Twin Rivers students, or nearly 83% of those enrolled, qualified for free or reduced-price meals in the 2018-19 school year, according to state education data.

Voters in Twin Rivers recently returned two incumbents to their school board—Area 5 trustee Basim Elkarra and Area 7 trustee Linda Fowler. As of Friday’s election update, Fowler was squeaking to victory with 40% of the vote, enough to fend off two challengers who split the majority opposition.

The California Fair Political Practices Commission issued Fowler one if its largest fines last year for using her political office to secure a $390,000 charter school contract for her new consulting firm in 2014.

Fowler was first elected to Twin Rivers’ school board in 2008, after the district formed from the pieces of other districts. At some point, it may matter again that a fined trustee will again represent school kids in Arden Fair, Woodlake and Old North Sacramento—but right now there’s a crisis to manage.

Eviction lawsuits have restarted in Sacramento