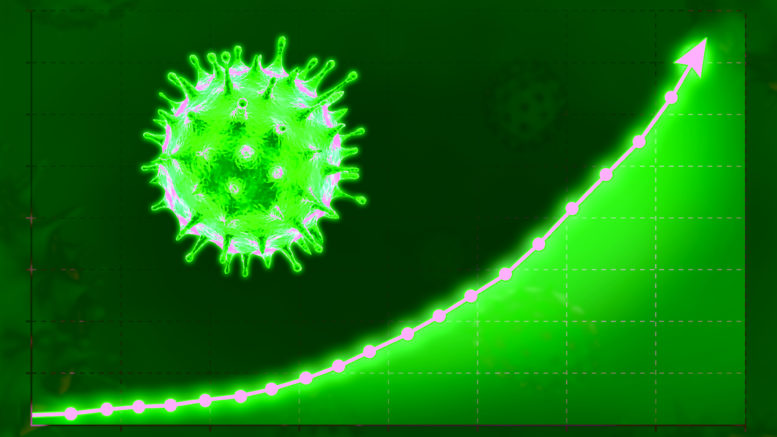 Get ready for a COVID-19 death wave to hit. (Photo: ffikretow / iStock)

Infections are soaring around the region. We all know what comes next.

If the past is any indicator, the Sacramento region will soon experience the starkest increase in COVID-19 deaths since the pandemic arrived here eight months ago.

And we aren’t doing much to stop it.

Like the rest of the country, California and the Sacramento region are being gripped by a third wave that rivals anything that came before.

California logged 15,442 new coronavirus infections on Nov. 20, followed by another 14,319 cases on Nov. 21, shattering previous records for daily totals since the epidemic began.

The last infection peak occurred in late July, when the number of daily infections surpassed 12,000 and hospitalizations soared past 8,500. It took nine days for a corresponding wave in deaths to eclipse 200 a day.

Some public health experts and epidemiologists lay the blame for the current inflection point on lockdown fatigue and inconsistent messaging about the virus. Deliberate misinformation by the outgoing president has only emboldened segments of the population that were vulnerable to conspiracy peddlers and already reluctant to cover their faces or abridge their social routines.

The failure of the federal government to pass a second stimulus package has also put many Americans in an untenable position, forced to choose between their social duty to each other and their economic livelihood.

But the medical science is indisputable at this grim hour. Public health modeling shows that younger adults drive infections while older adults pay with their lives.

In Sacramento County, infections rose to their highest daily total yet on Nov. 18, when 559 infections were recorded. Placer County registered 94 new cases on Nov. 9 and another 90 three days later. New cases in El Dorado County peaked at 36 on Nov. 11 and then hit that same total five days later. Yolo County, which has reported three separate outbreaks at nursing facilities and a landfill in the past week, recorded 62 new cases on Nov. 10, its second highest daily total after July. New cases are beginning to rise again in San Joaquin County, reaching 200 on Nov. 11, but were still well below its summer peak of 535 new cases on Aug. 8.

In each county’s model, hospitalizations and deaths spiked about two to four weeks after the summer infection points, meaning a region that has already lost nearly 1,200 people to the virus could experience an exponential jump in both categories by December. San Joaquin has the highest infection-to-death ratio in the region at 2% of infections turning fatal.

On Thursday, on the heels of the U.S. Centers for Disease Control and Prevention discouraging traveling for or celebrating Thanksgiving with anyone outside the household, the administration of Gov. Gavin Newsom called for a month-long curfew in most parts of the state, which has already boomeranged back into an economic lockdown.

The stay-home order took effect Saturday night and remains in place through Dec. 21, though it’s increasingly being seen as a desperate attempt to convince the public of the severity of the current moment.

The order, which requires most people to stay home between the hours of 10 p.m. and 5 a.m. and exempts essential workers or people experiencing homelessness, applies to 41 of the state’s 58 counties in which 94% of California residents live, including the five-county Sacramento region and most of the Bay Area.

El Dorado and Placer counties, which had experienced mild or moderate impacts from the pandemic, leaped to the most serious categories in just the last week.

Statewide, the positivity rate doubled from the end of October to 6% on Nov. 21. ICU hospitalizations have nearly doubled in that time, with 1,282 COVID-19 patients in intensive care on Saturday.

“The virus is spreading at a pace we haven’t seen since the start of this pandemic and the next several days and weeks will be critical to stop the surge,” Newsom said in a release announcing the unusual directive. “We are sounding the alarm.”

It’s a mostly symbolic alarm in the midst of a real threat.

The sheriffs of Sacramento, El Dorado and Yolo counties said they wouldn’t enforce the curfew, with Sacramento Sheriff Scott Jones adding the curfew to a list of public health orders he pledged to ignore.

His refusal to enforce public health orders contrasts with his acceptance of $104 million of the $180 million Sacramento County received in federal CARES Act funding to respond to the pandemic.

This just occurred to me. @sacsheriff got over $100M of the ~$180M in CARES Act funding awarded to Sac County.

The county’s justification: deputies would be handling covid-related issues on the job.

But how does that hold up with this announcement from @SheriffSJones? https://t.co/iywHPHTP2w

“The Sacramento County Sheriff’s Office will not be determining—including entering any home or business—compliance with, or enforcing compliance of, any health or emergency orders related to curfews, staying at home, Thanksgiving or other social gatherings inside or outside the home, maximum occupancy, or mask mandates,” Jones said in a statement hours before the partial curfew was announced. “I would like to wish everyone a happy and meaningful Thanksgiving Holiday.”

If families hold traditional Thanksgiving gatherings in spite of public health warnings not to, the holiday could be meaningful in the most devastating way.

1 Comment on "Sacramento should prepare for a COVID death wave"