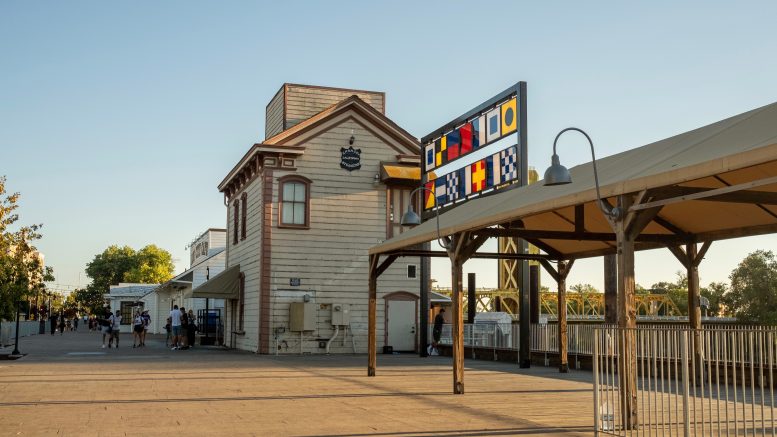 It’s a social responsibility problem, too

Behind this story is the real tragedy that plays out everyday, everywhere: That there are way too many unplanned dog and cats born. All of that is because of poor ownership and lack of spay or neutering. There simply should not be so many unwanted animals. Pet owners need to recognize that a pet adoption is every bit as much a commitment as any other adoption. Anyone who thinks a dog is denied his “manhood” by neutering is hiding their own deficiencies.

Thank you for making this story public. Horrifying.

This is not the way

Re: “No way out: Why a mentally disabled man was jailed in Sacramento 9 years awaiting a murder trial that never happened” by Jocelyn Wiener via CalMatters (News, Dec. 28)

This is a huge violation of his habeas corpus rights and also a massive oversight by our justice system. It is sad because so many with profound Autism and no family or support find themselves incarcerated or homeless and suffering. We need to find solutions to ensure these people don’t fall through the gaps in care and are able to live with some level of dignity.

Re: “Stolen wheels, lost connections: The story of a theft can be the story of a moment in life” by Scott Thomas Anderson (Crime beat, Dec. 16)

It seems we need to direct drug-using offenders to drug treatment facilities to reduce prison-crowding. Jurisdiction issues in law enforcement, or any other public service, need a closer look. We need “seamless” services. How is that achieved? No answer here, just the question.

Re: “Holiday abandonment: More than 100,000 COVID-impacted renters tell the state ‘Thanks for nothing’” by Scott Thomas Anderson (News, Nov. 24)

This program allowed my tenant to stay in my house for a year without paying rent. I now have the mortgage company breathing down my neck for the funds. My application has been approved and it’s pending payment for four months.

Thank you for the hard work on this important story.

Corporations should not be allowed to own housing.

Write about a different topic

Re: “Editorial: When it comes to violent crime, do we even hear victims anymore?” by Scott Thomas Anderson (Voices, Nov. 11)

Gosh, how do the Canadians and Norwegians do it? Their police and particularly incarceration expenses are fractions of the U.S, which incarcerates literally seven times more (per-capita) than the Canadians. Yet their crime remains relatively low, especially compared to ours. This is in the wake of a 42% population increase in the U.S. (1982-2017) and a 187% increase in police spending for that same period.

Yes, we ought to have victims’ relief. But we particularly need to increase social safety nets as a preventive for the desperate situations that lead to crime. For example, Canada with its single-payer healthcare, does not experience the estimated 40,000 annual excess deaths the U.S. has because of its awful healthcare. Canada does not have the 500,000 annual medically-related bankruptcies the U.S. has, either. Recidivism in Norway is a fraction of the U.S. rate, and its prisons are orders-of-magnitude more humane.

What you are describing, talking about victims, is individual cases, but the problem is systemic. Systemic problems often require indirect solutions, but focusing on individuals is a misdirection.

Re: “For those worried about homelessness and skyrocketing rents in Sacramento County, the stakes for the D5 supervisor race couldn’t be higher” by Casey Rafter (News, Nov. 3)

California could handle the homeless population if they put the mentally ill in mental hospitals and adopted a zero tolerance for drug use (sans weed). That would eliminate 70% of the problem. But sadly, the clowns you’ve been electing the past 30 years have put you so deeply in the hole, it will never happen.

Re: “For those worried about homelessness and skyrocketing rents in Sacramento County, the stakes for the D5 supervisor race couldn’t be higher” by Casey Rafter (News, Nov. 3)

Sacramento is the worst city I have ever seen in my life. Your homelessness crisis is way out of control. Shootings, theft, crystal meth, way over-priced housing, filth everywhere you look. Time to go …

Re: “The boldest bass: How Sacramento’s Gabe Nelson went from a famous band to his new life prolonging the magic” by Casey Rafter (Arts & Culture, Nov. 3)

Gabe is a local treasure, never mind his time in Cake. He contributed songs to my first two comps and did everything for Erik’s tune on the third album. None of them would have sounded the same without his additions. It is great news that he is getting the breaks here. ‘Thanks’ from me to Gabe and from me to SN&R.

Re: “Can the ‘social housing’ model work in Sacramento?” by Graham Womack (News, Oct. 24)

“Because housing is a human right, it shouldn’t be left to the market.” Exactly. The trend to privatize housing began in the U.S. when Nixon put a moratorium on federally-built housing. Then Reagan – as he cut taxes on the wealthy by roughly half – cut HUD’s affordable housing budget by 75%. (Gosh! I wonder why we’re so short of affordable housing!)

Margaret Thatcher sold the council housing in the U.K. to its inhabitants at a discount – which could account for some of her popularity – but when Thatcher was through privatizing, childhood poverty in the U.K. tripled. The houses were bait.

Re: “Can the ‘social housing’ model work in Sacramento?” by Graham Womack (News, Oct. 24)

Some might well say that “social housing” should be a part of the mix of the kind of housing programs that Government funds because Section 8/Housing Choice Vouchers have not worked as envisioned in replacing “public housing.”

Love this review of “Don’t Worry Darling.” As you described the filmic approach to rendering a colorful fifties scene into a horror-scape, I suddenly pictured the reverse: What about taking characters from the 1950s and time-traveling them to a 2020s America of Tik Tok videos and Instagram feeds? Who’s world is the real living horror?

Be the first to comment on "Letters: Animal abuse, rights violations, housing & eviction policy and hatin’ on Sacramento   "