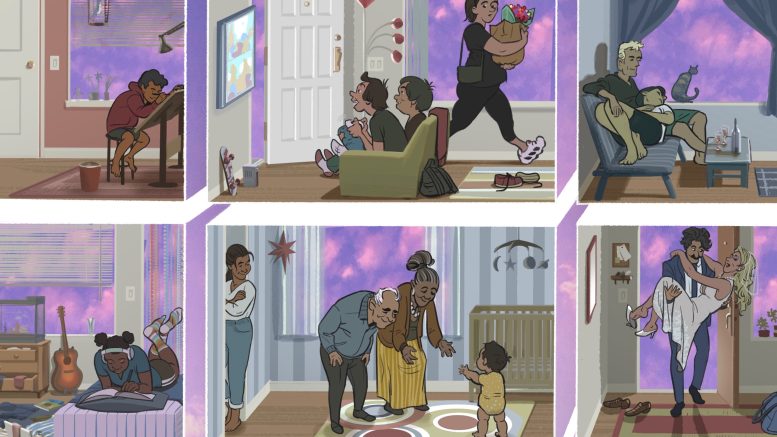 Mai Vang is trying something new.

The first-term Sacramento City Councilwoman, who represents District 8, is working with city staff to develop the Clover Apartments, a 358-unit mixed-income project on Wainscott Way near public transit in South Sacramento. The apartments could be built by AMCAL, an affordable housing developer. And with them could come a housing model popular in other parts of the world that’s known as social housing.

Social housing refers to housing that has public backing, if not full government ownership, as well as a greater degree of control for tenants and price protections. At its best, it’s a highly elevated form of public housing beyond what people might think of traditionally: blighted apartment projects and, increasingly in recent decades, vouchers that landlords are often loath to accept.

To this point, social housing is rare in the United States. Even in a city like Sacramento where rents, home prices and rates of homelessness have all soared in recent years, social housing remains something of an unknown even to people otherwise highly knowledgeable of housing policy. But it holds promise for people like Vang.

“What we’re doing now isn’t working and we have to be courageous and bold enough to try new things that can produce more housing for all income levels,” Vang said.

The promise of social housing

In parts of the world such as Vienna, Austria, social housing has existed since shortly after World War I and draws delegations of American lawmakers eager to see it for themselves. Now social housing makes up about 40 percent of the city’s housing inventory.

California State Assemblymember Alex Lee recently returned from one such trip to Vienna, where he spoke with local officials and residents of social housing units “I’ve come back with a deep appreciation for the legacy of social housing and how it looks when you’re at it for 100 years,” Lee said. He added that the people he spoke to in Vienna described housing as a human right.

Gianpaolo Baiocchi, a professor of sociology and individualized studies at New York University and an expert on social housing, is also familiar with Vienna’s social housing, saying, “These are actually incredible, beautiful, spacious apartments whose rents are incomprehensibly affordable from U.S. standards.”

In America, however, it’s safe to say that social housing efforts are much more nascent. Baiocchi is part of a group that has pitched progressive lawmakers in Congress on creating a federal institution that could potentially help increase social housing stock dramatically. This institution would be capable of stepping into the market and both converting existing properties into social housing and developing new projects.

Part of the challenge appears to be that social housing gets conflated with traditional models of public housing, with Sacramento City Councilwoman Katie Valenzuela saying that she thinks the big issue is rebranding. “People don’t understand social housing,” Valenzuela said.

Baiocchi said that at a policy level, social housing must have three things. First, the housing must be either fully or partially off-market to be protected from price speculation. Second, it must have government backing. Finally, tenants must be able to exert real and meaningful control.

He differentiates social housing from the traditional concept of public housing, which has come to rely on Section 8 vouchers in recent decades, which he loathes. “When you are giving a voucher, you are actually subsidizing and helping to prop up a private building,” Baiocchi said. “It just drives me crazy when I think about the fact that that’s public money going into some substandard housing.”

Vang said she’s read a lot about countries where social housing is backed by the government or a local nonprofit. “They’re able to produce and preserve even more housing, housing that’s good quality, attractive, well-maintained, and it’s not just for low-income residents, but it’s also working-class residents,” Vang said. “And they’re all living side by side.”

Among other benefits, Lee tweeted during his trip that Lower Austria has a 70 percent homeownership rate, with most social housing built there with the option to purchase after five years.

Lee said Singapore is the other gold standard globally for social housing, even if it’s very different politically than Vienna. “They both have such divergent … philosophies, but they still arrive at the solution of social housing and I feel like that’s why it’s so intriguing and also powerful as a policy tool,” Lee said.

Lee sponsored an unsuccessful bill related to social housing, Assembly Bill 2053, in the state legislature’s last session that he plans to reintroduce. AB 2053 would have created a statewide organization “to produce and acquire social housing developments,” according to the bill’s text.

A fact sheet for AB 2053 noted that the Sacramento-based Capitol Area Development Authority, or CADA, had experienced some success with projects that resembled the social housing concept.

CADA Executive Director Wendy Saunders wasn’t familiar with the term “social housing.” Arguably, though, her group has been providing this type of housing locally, managing about 750 apartments on behalf of the state, with 25 percent of the units reserved for low-income households and the rest market-rate units. Saunders noted that most of the market-rate units are affordable to lower-income households

CADA ducks traditional stigmas associated with public housing by making the affordable units indistinguishable from its other stock. “Nobody knows who pays what rent,” Saunders said. “Everybody’s treated the same.”

Councilwoman Valenzuela worked with developer Sotiris Kolokotronis last year in an attempt to help him sell two buildings in the central city that he had developed — The Eleanor at E and 16th streets and H16 at H and 16th streets — to the California Municipal Finance Authority, or CMFA.

“It was a kind of intricate scheme,” Valenzuela said. “But the basic premise was we’d go into this (joint powers authority) with this state entity, they would issue bonds to buy the building, and because we’d own it, we’d have have protected middle-income housing for at least 30 years and we’d have the option to keep the building after 30 years as a city.”

As public property, it also would have been exempt from property tax. Valenzuela said that while Sacramento Mayor Darrell Steinberg was an enthusiastic supporter of the project, it has not yet generated the support it needs to proceed.

The city is taking another look at partnering with CMFA for Vang’s project, with the city council having held a middle-income housing bond program workshop Oct. 11. A city staff report written ahead of the meeting noted that “many communities have a gap between unsubsidized market-rate development, affordable to high-income households, and the subsidized units for low-income and very-low-income households,” with middle income developments able to serve people who earn 80-120 percent of median incomes in an area.

Steinberg, who wasn’t available for an interview for this article, said during the workshop, “We are rightfully desperate as a city and a county to produce more workforce and affordable housing.”

The council ultimately took no action through its workshop, though the city’s housing policy manager Danielle Foster said that the city is simultaneously reviewing the JPA concept and Vang’s project and hoping to bring it back to council at some point soon.

“With the limited resources that we have, we’re always looking for new opportunities to further housing stock and especially different levels of affordability,” Foster said. “And the JPA model allows the opportunities to look at low incomes and moderate incomes, which are really getting to the core of that workforce housing piece.”

Vang said that in an ideal world she’d love to see more social housing, though she also acknowledged the political reality. “It’s definitely me and Katie right now,” Vang said. “You have to also have the political will on the council to pursue something like this.”

Lee has seen the political realities as well in trying to pass AB 2053, saying there’s a strain of thought in American political philosophy dating to Ronald Reagan’s presidency that any form of government intervention is bad. “It infects Democrats as much as it does Republicans, unfortunately,” Lee said.

Baiocchi said there’s legitimate debate about where the money will come from for social housing and that large reforms might be needed as well. “To really move housing policy to a more progressive direction is going to require untangling a lot of things,” Baiocchi said.

Baiocchi’s younger brother Arturo Baiocchi is a Sacramento State professor who studies homelessness. “I only tepidly talk about affordable housing in my own stuff, because it’s not my area,” Arturo Baiocchi said. “But it is like the driving structural factor. And I don’t see how we’re going to solve this without massive government intervention.”

When and how that happens remains, with lawmakers like Bernie Sanders, Elizabeth Warren and Alexandria Ocasio-Cortez having worked on housing-related provisions in recent years for the Green New Deal that doesn’t appear remotely close to being able to clear the U.S. Senate under current filibuster rules.

For now, at least on a local level, Valenzuela is keeping an eye on Vang’s project. “Our theory has been, we just need to get one of these deals forward so that we can figure out how it works and then make a policy decision as a city if we want to proceed with more,” Valenzuela said.

But there’s a simple impetus for people like Vang to keep pushing. She notes that rent has gone up in South Sacramento where she lives and the cost of being a homeowner has risen. “For other families or young working professionals or working families, if they were to purchase a home now, I’m not sure if they could,” Vang said.

She added, “Because housing is a human right, it shouldn’t be left to the market.”

1 Comment on "Can the ‘social housing’ model work in Sacramento?"