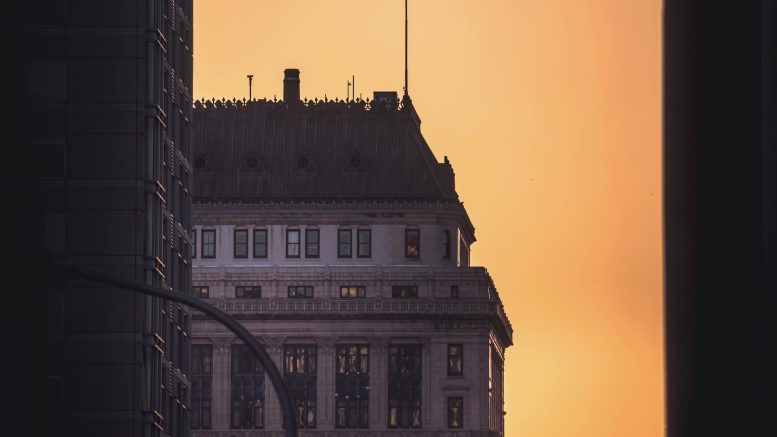 Loose ends in the Bennellack case: Richard John Davis was living in the same apartment complex as the victim. Police interviewed him and his roommate. They alibied each other! Did they check carefully both men for any cuts? The killer was injured from the attack, leaving blood evidence. Were their prints taken? A partial palm print was found on the scene. Did they check their apartment for evidence? Did they check their cars? Did they interview them separately? Did they polygraph them? A deep footprint was found from when the killer or Davis landed after he jumped for the balcony area. Were the shoes of both men taken to check for a match and for evidence? Nancy had a cat. They shed. Did they search for cat hairs at the room where both men lived? Did their blood type match the killers? No DNA; but if a type is matched to the killer, at least it’s something to be combined with all evidence. It shockingly seems none of these things were done.

Re: “Could a vacancy tax help housing affordability in Sacramento?” by Alex Muegge (News, Aug. 12)

Re: “Could a vacancy tax help housing affordability in Sacramento?” by Alex Muegge (News, Aug. 12)

It will be interesting to see how the discussion of this idea moves forward among elected governing bodies, if the idea is placed on the ballot, and if it then wins the approval of a sufficient number of voters. Sometimes positive incentives – such as density bonuses, parking allowances, waivers or reductions of building fees, and government housing construction and rehab loans and grants – work the best. Sometimes you can catch more flies with sugar than with vinegar.

This is a prime example of how domestic violence quickly escalates. If anyone is in a relationship with someone who harms them, they need to get out of that relationship immediately, not just for themselves, but for other innocent people that could become victims as well. I myself was involved in such a relationship and the only thing that ended it was a long prison sentence.

I am sick at what The Sacramento Bee has become. It used to be a great newspaper. Unfortunately, this is a pattern being repeated across the country. I gave up on The Bee when their newspaper delivery became so unreliable as to be non-existent. The New and Review gets my financial support.

I used to read The Bee and SN&R, but The Bee went to crap.

Great story, Casey. So wonderful to read about the history of KSSU from the perspective of those who’ve loved and worked at it for three decades.

I used to be very supportive of public schools, but after everything I’ve seen over the time since I’ve been there, first off, I feel horrible for anyone that has to put up with them AKA the students. I feel super bad for them as it appears most schools look more like Juvenile Hall. I’ve seen Juvenile Halls that look more like schools. Only in America, right? No wonder why the kids ain’t alright these days? Perhaps we need full-blown reform for education? Perhaps?

Reform it all! It’s turned into a disaster!

Re: “Proponents make their case for the future of affordable housing in North Sacramento” by Amy Abt (News, June 10)

There are so many problems with this site, I could go on forever. The schools for these three projects, in addition to the old Dos Rios project about to open, are consistently among the lowest performing schools in the entire state. Woodlake Elementary ranks in the bottom quarter and is considered an impoverished school. This is called educational red-lining and is forbidden by the Federal government. Of course, I will be asking them to take a look at this. There is a 40-acre site in Folsom that was identified the same time as the Armory. Folsom has great schools. 40 acres versus 1 acre? Something funny going on here.

Ralph Nader is no hero

Re: “A new muckraking newspaper from Ralph Nader takes on Congress and its dirty secrets” by Evelyn Nieves (News, June 16)

The idea of a new, progressive oriented newspaper in D.C. is encouraging. However, that the person who caused George W. Bush and Dick Chaney to occupy the White House – that he is primarily responsible for the Bush administration – well, my hope is that the venture will cause Nader to declare bankruptcy. How many dead in Iraq, for control of oil?

I’ve been a Torch Club patron for 50 years: That’s right since I was 20, with my mother. She loved the live music, and Marina and family’s attitude way back then. My daughter’s 21st birthday was at the Torch. Now, I’m a Sacramento Blues Society member and volunteer at The Torch. Full circle of love, I call it. Rock on – smooth blues, thanks.

My old landlord never raised the rent beyond 5%; and got sick. Now it’s run by a property management company who raised my rent 9%. They know I live on a fixed income. They did it on purpose so that in two years I will move, and they can charge $1,800 for a one bedroom. I have been homeless before. I have one year to make some noise that this is not acceptable. In 2008, my rent was $525!