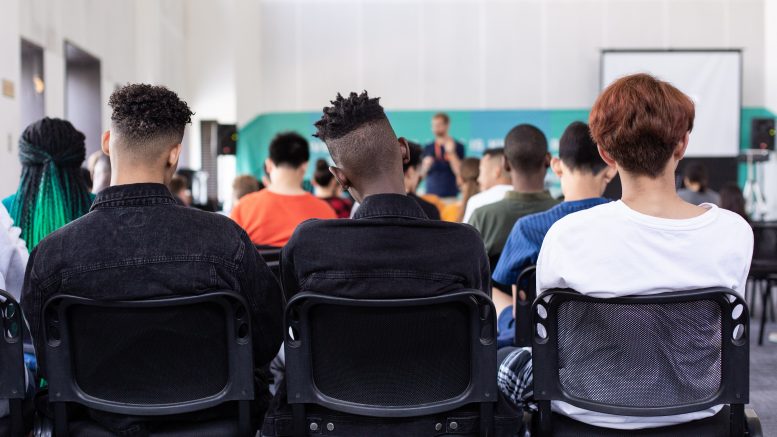 The Sacramento City Unified School District is seeing a significant fall in their enrollment numbers over the past few years, a trend that could threaten state funding.

These numbers have set off alarm bells for everyone in the district.

For instance, Luther Burbank High School saw a drop of one hundred students in the 2021 academic year compared to their previous school year, Assistant Principal Antoine Germany explained that a drop in enrollment can affect state funding for his school.

“It affects funding and that in turn affects staffing, that’s the main effect it has had on the school,” said Germany. “If you have less students enrolled in there every day, then it affects how much money the state gives the school and the district.”

When asked what he thinks has caused this continuous drop in enrollment, Germany cited the Covid-19 pandemic.

“Obviously it’s concerning, but I think as we go through the pandemic as it starts to wane, the enrollment will go back up,” he said.

Art Teacher John Doolittle, who also works at Luther Burbank, sympathizes with the families and students’ reluctance to go back into school as COVID remains in circulation.

“It’s not fair to those kids, it’s not their fault that COVID is out here endangering their loved ones,” Doolittle noted. “Do they have to just endanger their families in order to come to school? I don’t think that’s right.”

According to public health data, hospitalizations and deaths from COVID are low at the moment.

Doolittle said the strained relationship between teachers and the leaders in the district could be another big factor as to why enrollment has fallen.

Doolittle said some SCUSD teachers would rather leave for another district where they don’t have to worry about poor benefits and pay, an exodus that would hurt the quality of instruction.

Across town, John F. Kennedy High School saw a drop in enrollment from 2,137 students to 2,010 students between 2020 and 2021. Economics Teacher Brett Williams thinks that administrators need to advertise their schools’ strengths more to improve enrollment.

“I don’t really feel that our previous administrator understood the importance of public relations and magnet programs here,” Williams shared.

The teacher also said a previous principal at John F. Kennedy did not act as a good salesman for the school. Williams believes parents want to hear a good reason as to why they should send their kids to schools like John F. Kennedy in the first place. For Williams’ part, he’s frustrated by the district’s handling of their magnet programs at John F. Kennedy. He said the district has stripped control over programs from Kennedy officials, making it difficult for the school to have a sense of autonomy about their own programs.

Sacramento City Teachers Association President David Fisher contends the district needs a total overhaul of how decisions are made.

“It should be shared decision making with the community and with educators that we can collaboratively work together to try to improve the educational experiences,” Fisher said. “Their [the district’s] style is the exact opposite… it is total disdain for input from the educators who are doing the work themselves, that trickles down to the school site.”

When the decision making is top-down, he added, not only are the teachers affected but so are the students and families because they have no say.

Fisher went on to explain that there have been proposals put forth called “Community Schools” where the teachers, families and the community work together on a shared vision on how to build their schools, based on a bottom-up model.

Goldberg also wrote that the district is committed to offering quality education and will be exploring ways to grow enrollment through new programs, creativity, community partnerships, and the support of elected officials.