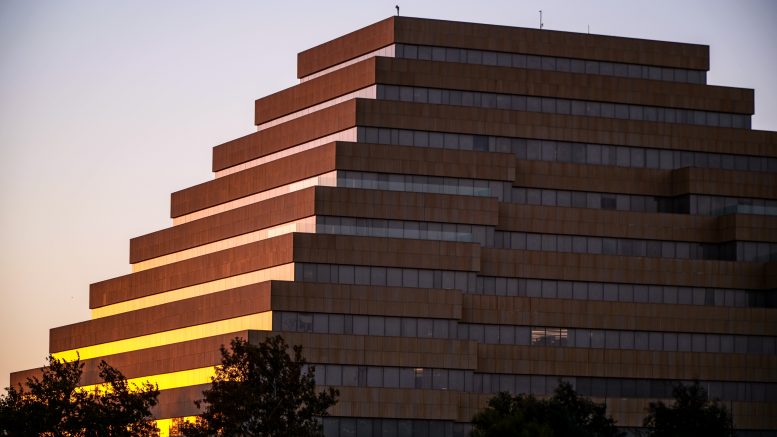 Re: “The story of an encampment: What happens to those on Sacramento’s streets after they’re forced to move” by Elizabeth Meza (News, June 1)

[Responding to an anonymous commenter who portrayed all unhoused people as lazy law-breakers] Ignorance, churlishness, and miserliness like “John Deere’s” is typical but should be dismissed out of hand. The more tax dollars spent on housing, social, counseling, and medical services for these folks, the healthier, happier, cleaner and safer our communities will be.

It’s not rocket science, just let go of the meanness of judging people in dire straits and do the math. Not helping them increases the number of people on the street, which increases the cost of policing them. Helping them will decrease the number of folks on the street. It is far cheaper and more productive in the long run to help, rather than police, our unhoused neighbors.

This is where our Measure U money should be spent, and it’s what a lot of us thought we were voting for when we supported it. A full 50% of the Measure U funds are now spent on law enforcement. It’s not just absurd or disgraceful — it’s ineffective.

Re: “Roseville’s rise to ramping up on population encounters mixed feelings” by Hayley Repetti (News, May 10)

The growth in Placer County is a classic example of the growth ponzi scheme. The bill for maintenance of all the infrastructure will come due in 30 years or less, and the county and city won’t have the funds to maintain things. There simply is not enough property tax and sales tax income from the suburbs to maintain the suburbs. A primary reason why the city and county want to keep growing is so that they can pay the overdue maintenance bills; but once that money is gone, the only choice is more growth, and more debt, ad infinitum.

Scott, great thanks for your ultra-well written story of Larry Powers’ death, and the long-awaited conviction of his murderer. I feel your article will help close this awful chapter for Ms. Shattuck, knowing that her brother’s story has been truthfully told. Thank you again.

Congratulations on a riveting account of amazing detective work! Joan Shattuck’s tenacity and the Cold Case team’s doggedness solved a mystery that covered so many years, and such a vast area, that one would think a solution would be impossible.

That was an exceptional article. Well done. Journalism as it’s supposed to done.

The modus operandi of the Progressive Left is to marginalize opposition, not to deal with substance. Pejorative language, mischaracterization, personal slurs and canards, refusal to address substantive issues or policy, omission of conflicting evidence, referral to ideology rather than actions/results: this is the style of the Left, and of the Bee. Look forward to more libertarians, republicans, conservatives and rational Democrats sidestepping interactions with the grossly biased mainstream media.

Mr. Walther’s statement is well-spoken, but in my opinion applies more accurately with some judicious editing: The modus operandi of the Conservative Right is to marginalize opposition, not to deal with substance. Pejorative language, mischaracterization, personal slurs and canards, refusal to address substantive issues or policy, omission of conflicting evidence, referral to ideology rather than actions/results: this is the style of the Right, and of the Fox News.

The system is not containing violence

Why did it take three years for the verdict of guilty of murder and “lying in wait” ? Why wasn’t this immediately plea bargained and the murderer sent to prison for a very long term – at least 30 years without parole? He was denied bail (thank god) and was in the local county jail for several years while this case slogged along. Please don’t use COVID as an excuse. I certainly do not want to see anyone rail-roaded without due process, but there were witnesses; the murderer violated a restraining order; and his car was parked at the scene of the murder. Why was this man who was identified many years ago as severely mentally ill – and had previous altercations with police – allowed to have a gun? I have heard that, allegedly, California has the “strictest gun laws in the USA.” I find this very difficult to believe. If we had better gun control laws that actually were effective to ban severely mentally ill people from gun ownership, Amber Clark would be alive. The 10th & K murder rampage was not an isolated incident, because in Sacramento, there are gun murders every week on a chronic basis.

Mr. Rafter, you find the most interesting artists. It would be so much fun just to hang with you and soak it all in. Hopefully someday you write a book

Vegans get the job done

Re: “A healthy kind of help: Vegan program brought 70,000 meals to the Sacramento area during COVID” by Tyra Willis (News, April 8)

I’m so happy that this existed! I wish we could have programs offering vegan food all the time. It shows people it’s less scary and can actually taste good. That and people need food in general and healthy produce does wonders for health.

Be the first to comment on "Letters: Judgy jerks, jarring crime, ‘Ponzi Placer’ and a city of musical, vegan grandeur "