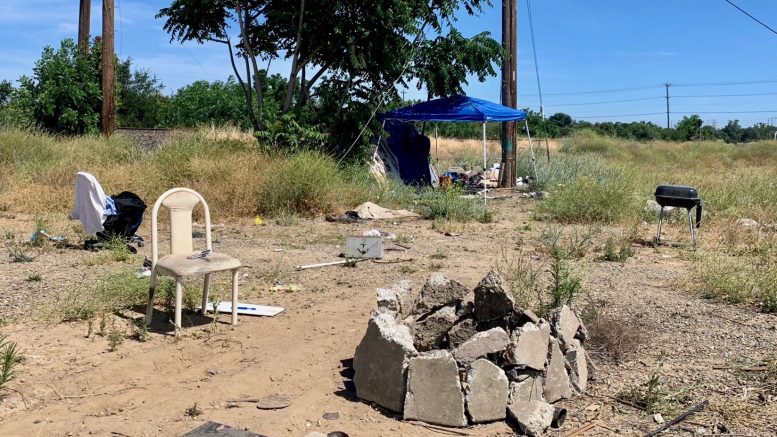 A small encampment near the American River. Photograph by Scott Thomas Anderson

The extreme vulnerability people face in an outdoor existence was on grim display last month, after a Sacramento jury convicted 40-year-old Layman McFadden of brutally attacking three different women who lived in encampments along the American River Parkway. McFadden, who was also on the streets, established a position of trust with his victims in order to get close to them – only to strangle and violently rape each over the course of two years.

Sacramento Deputy District Kitty Tetrault presented the case during a May trial in Downtown. According to testimony, McFadden attacked his first victim in September of 2019, a woman who was sharing an encampment with him. The jury determined McFadden had indeed strangled and raped this woman, as well as forced her into various sex acts. McFadden’s next known crime happened in June of 2021: It had all the merciless hallmarks of his first assault, though, in this instance, prosecutors say he also threatened to murder his victim.

Research from the National Sexual Violence Resource Center suggests that as many as 78% of women experiencing homelessness are the victims of rape, physical assault or stalking, with physical assault being reported by 72% of those surveyed.

The week before McFadden’s verdict was handed down, the district attorney’s office also got a conviction against 28-year-old Raymond Rodriguez, who chased a woman through an Orangevale park while threatening to rape her.

His case made headlines in February of 2020, partly because the woman he went after was protected by her two-year-old German Shepherd, Maverick. The incident started after the victim brought her dog to play at Pecan Park. Rodriguez’s intended target said he’d suddenly come straight at her, grabbing her, groping her and blocking her from getting away. Maverick reportedly pounced on Rodriguez. Between the canine and a nearby witness trying to help, the woman was able to eventually escape. She said, during the ordeal, Rodriguez told her multiple times he planned to rape her.

Rodriguez was initially arrested by Sacramento County Sheriff’s deputies at a nearby liquor store for being drunk in public. That’s what he was booked on, at least. At some point after Good Day Sacramento aired a television segment about the woman’s encounter – and Maverick’s loyalty – Rodriguez’s charges were elevated to assault with intent to commit rape, false imprisonment and sexual battery. A jury found him guilty of all of those crimes. At the trial, prosecutors also called a nurse from the county jail to testify that Rodriguez has exposed himself to her while awaiting his day in court.

Rodriguez was sentenced to 13 years in state prison, having two prior “strikes” under California law.