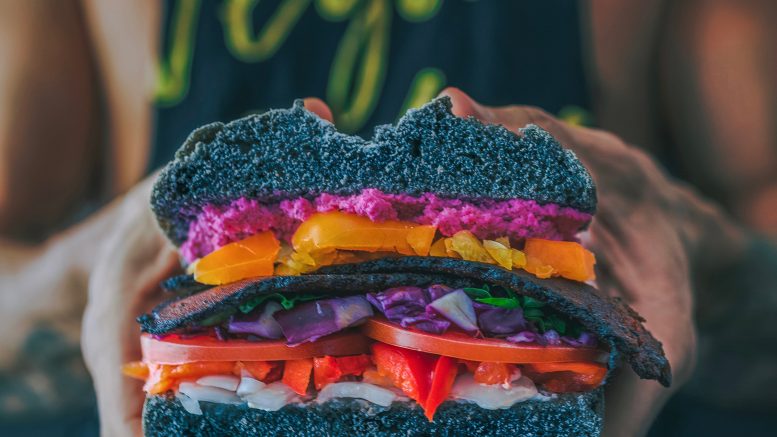 As vegan options continue popping up across Sacramento, the choice between healthy meals or comfort food is sparking some debate: Burger Patch and Plant Power are rising in the city’s vegan food scene. Vegan burgers, chicken sandwiches, loaded fries, non-dairy milkshakes, desserts and more can be found on their menu. The recent grand opening of the fourth Burger Patch location in Land Park suggests that vegan junk-food options will only become more popular.

In a poll conducted on a popular Sacramento Facebook group for vegans, which has more than 5,300 members, some 57.46% of local vegans said they preferred comfort, junk-food options – such as vegan burgers – while 42.54% of local vegans prefer healthier vegan options, including buddha or smoothie bowls.

Nadia Garcia-Cho has been a member of the Sacramento Area Vegans Facebook group for 4 years. She prefers comfort and junk-food vegan options when dining out or ordering in.

“I eat very healthy at home,” she said, “so if I eat out and spend extra money, I want comfort food.”

Some students at Sacramento State University have been wishing for more vegan comfort food possibilities on campus.

“Who wants to cry into a salad after they get a bad grade on a test?” noted Emily Dickenson, a vegan and student at Sacramento State. “Not me.”

“Once we got vegan burgers from Beyond Meat, I noticed more people ordering it compared to our black bean burger that we have had on the menu for years,” said Kayla Acklin, who works at a local restaurant in Sacramento serving vegan options.

“I am not vegan, but the black bean burger looked like poop,” she laughed. “The Beyond Burger looks way more appealing.”

The black bean burger is healthier and lower in calories, but Acklin thinks the majority of the customers she serves prefer the comfort vegan options.

“It is entirely possible to make vegan food healthy,” said Sukhmandir Kaur. “It makes no sense to care about animals but trash your own health and body. We are animals too.”

“I personally wish there were more healthy options!” stressed Vanessa Cudabac. “It is so easy to get ‘junk’ vegan food, but a lot more difficult to find something that is nourishing.”

Other Sacramento vegans say there is no need to choose between healthy or junk-food vegan options.

“Why can’t comfort food be healthy?” wrote Ralph Kasarda in the comment section of the poll.

Another respondent, Michelle Gliko, cited Sunflower Cafe’s nut burger in Fair Oaks as a healthy medium between the two options.

The rise of veganism has increased vegan menu options and has impacted market sales. Food Revolution reports that the number of vegans in the United States has risen by 600% in the past three years, with 6% of Americans identifying as vegan, according to Food Revolution.

A recent study found that non-dairy milk sales saw a 61% increase in the past decade. The same study found that vegan alternatives for animal products have grown by 27% in the past year and the sale of cow’s milk is experiencing a rapid decline. Another study found in 2018 found that 51% of restaurants have added vegan options to their menu.

29 Comments on "Are Sacramento’s vegans falling in love with their own version of junk food?"